This morning I drove south with Klaus Malling Olsen on our way to the festival. Our first productive stop was at Hameishar. It was very cold and windy, so we didn't see too many birds. There were many common migrants - Short-toed Larks, Tawny Pipits and Isabelline and Northern Wheatears: 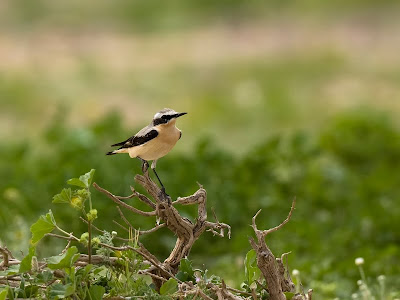 The only bird of note was this female Siberian Stonechat: 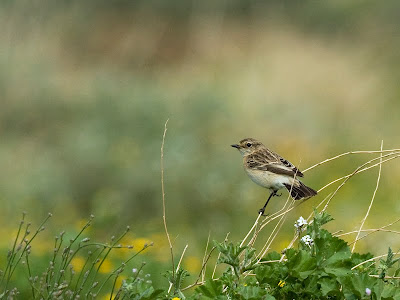 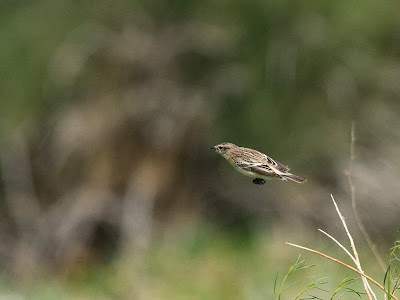 Later we followed Jonathan's report and stopped at a small green patch south of Shizzafon junction. We quickly located this amazing male Thick-billed Lark. What a beast! 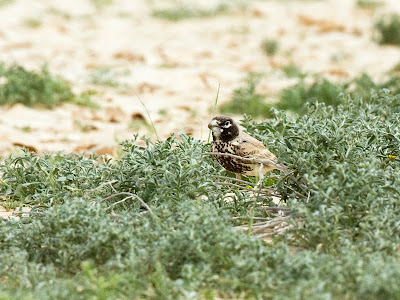 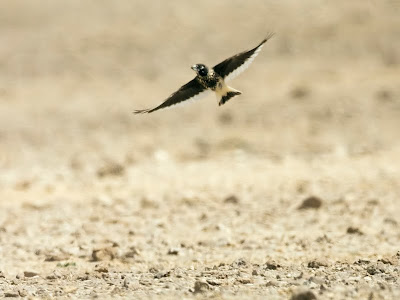 There were also several Desert Wheatears there: 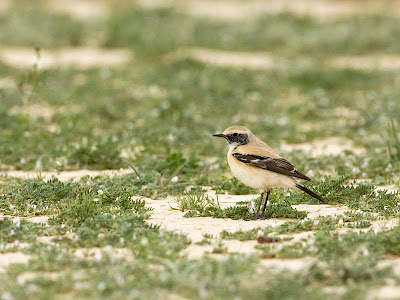 On the way to Eilat we had a quick look at Ketura and soon saw the Cyprus Wheatear first seen yesterday. It was very mobile and didn't allow photography.
In the afternoon I led the first festival tour to the KM20 saltpans. We found there the regular good variety of shorebirds, including several Marsh Sands and a Grey Plover. We got a call from Itai that he had just found a White-tailed Plover just south of the saltpans. We rushed there and had close views of the bird - another great bird for this day. Unfortunately I messed up the camera settings and didn't manage to get any decent image of it. Later it flew off and was joined by another! We also had another Siberian Stonechat and several superciliaris Yellow Wagtails.
Tomorrow I am leading the Dead sea tour - looking forward to some qulity birding. hopefully we will be able to catch up with several good birds seen today - Pied Wheatear, Black Bush Robin and Brown Booby.
פורסם על ידי Yoav Perlman ב- 4:52 PM