Last full day of the festival!
In the early morning I went with Phil to KM19 sewage ponds, after there was no sign of the sandplover. The only birds of note at KM20 were two Citrine Wagtails. We had a good time at the sewage. We found this female Cyprus Wheatear: 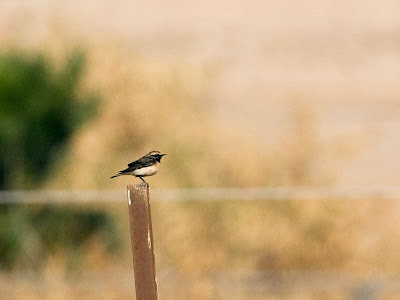 We had a flock of about 15 Pale rock Sparrows stop by for a minute before taking off and flying north. One Little Bittern and two Namaqua Doves were nice too.
Later that morning again strong migration low over the city, another Eastern Imperial Eagle among many other eagles.
Before lunch we got the news that the sandplover had been relocated. I drove there with Dick Forsman. On the way in we made a brief stop for this pretty Lichtenstein's Sandgrouse right next to the Arava highway: 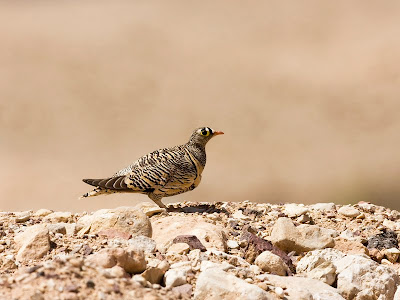 At the KM20 the sandplover was showing well to a large crowd, but it took off just as we arrived. So I did not manage to improve my photographic achievements considerabely: 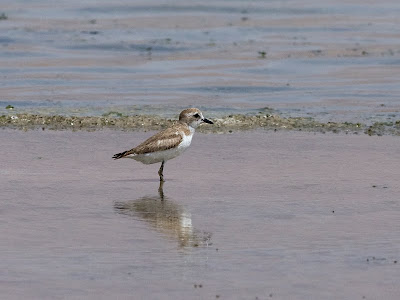 There is much debate over this bird. I must admit that I am less sure it's a lesser - let's wait for the experts to give their opinions.
North Beach was very good in the afternoon with many terns, gulls and ducks. Best bird was a distant White-cheeked Tern. Other good birds were Curlew and Pallas's Gulls.
In the evening a couple of Lich's Sandgrouse flew in to drink at KM19, giving superb views.
פורסם על ידי Yoav Perlman ב- 8:09 PM