Today I had the pleasure to spend a day gulling at Ashdod with Klaus Malling Olsen. He arrived a couple of days before the festival to join the Ashdod gull team (Amir, Ehud and myself) for some hardcore drop-dead gulling.
It was a terrific gull day, with peak fuscus migration. We had something like 3000 gulls, about 80% of them were fuscus. The light was excellent so we had good photographic opportunities.
It was a very educational day for me. Even after watching gulls for so many days at Ashdod, I learned so much from Klaus today. Eventually we agreed on most gulls, which was a good sign for me...

Most barabensis have left already by now, but we had a few birds, including this beautiful couple. Look at this amazing yellow tongue! 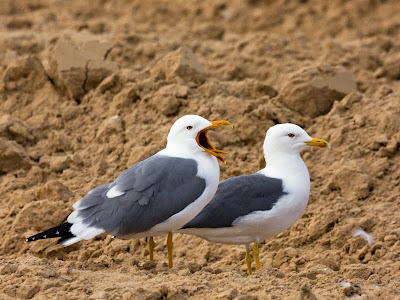 This image shows the wing pattern quite nicely, especially the black tongues all the way to P4, with strong black 'streaks' penetrating the grey. 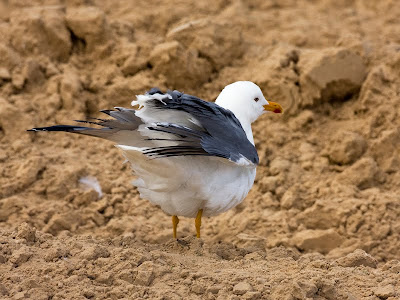 It was another big day for rings (Ehud has the figures, possibly 50 or so), including this Swedish ring. 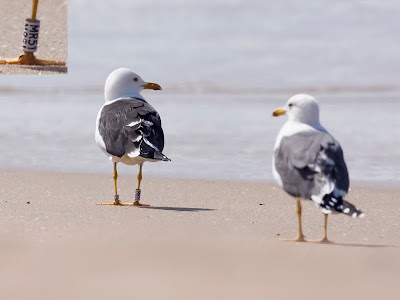 There were other birds too. We had two late Greater Spotted Eagles. This bird confused us a bit because of its long gape, but it is identified by the unbarred remiges and characteristic pale comma on outer primaries. 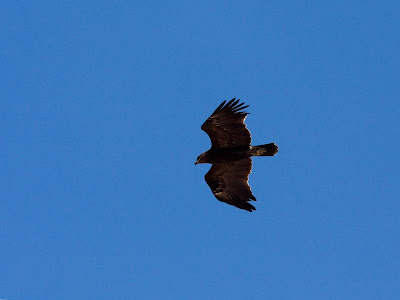 Another nice bird we had was a male Desert Wheatear. One late Pallas's Gull was nice too.
The rubbish dump was very attractive today. It was very impressive to see all of those fuscus. 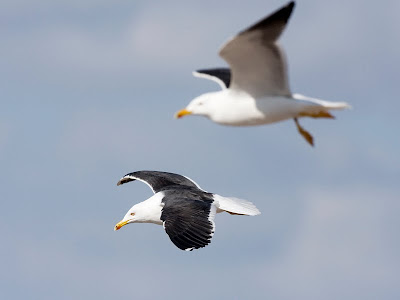 This is a nice trio - fuscus, armenicus (2nd winter) and heuglini (3rd winter): 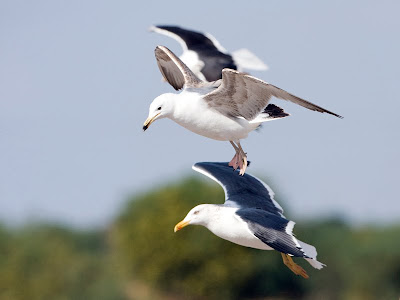 And a close up on the heuglini admiring the Israeli scenery. Note the still growing P10 - typically late moult of this species: 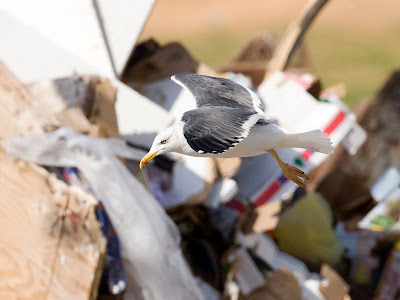 we had very large numbers of cachinnans, almost all 1st-winters. 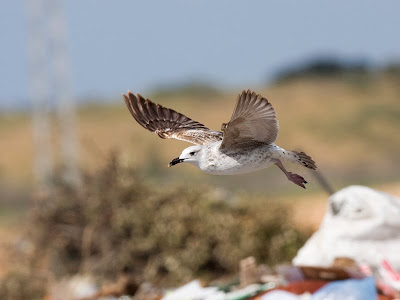