This morning I went birding with Jonathan at Yotvata, which held many good birds during the last few days. Yotvata was quite birdy, more than most other sites.
There were about 50 Lesser Kestrels hunting over the circular field: 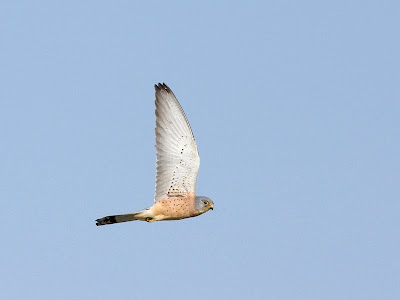 We had a few Woodchat Shrikes: 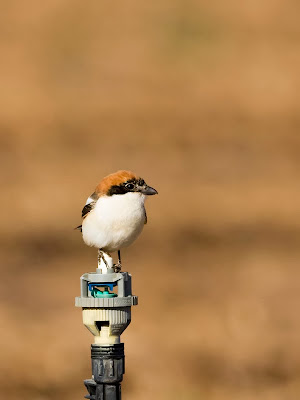 Among the many hundreds of Greater Short-toed Larks we had about 15 Bimaculated Larks. 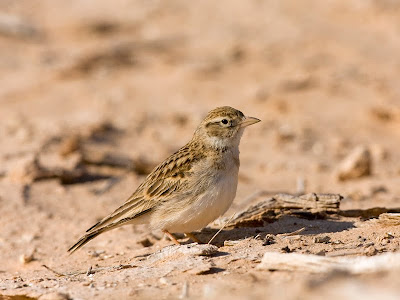 We saw the Pied Wheatear which has been around for a few days. It is a fine male, very clean and neat. It was performing very nicely: 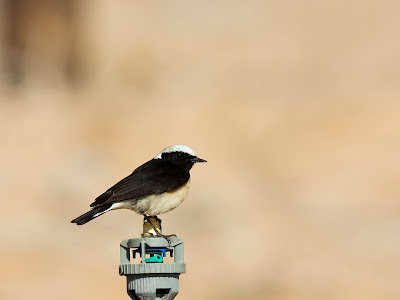 And here it shows the extensive white rump: 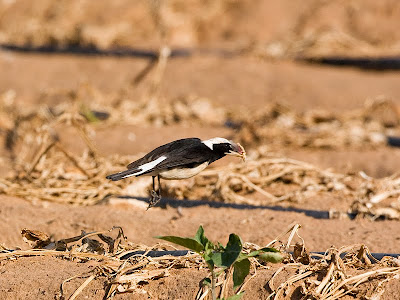 After breakfast I noticed there was massive migration over the hotel, with thousands of buzzards and kites, mixed with good numbers of other species, mainly Steppe Eagles, but also some booted and lesser spots, Short-toed Eagles, Black Storks, and Marsh Harriers. All of the following images were taken from my balcony:
Steppe Eagle (4cy) 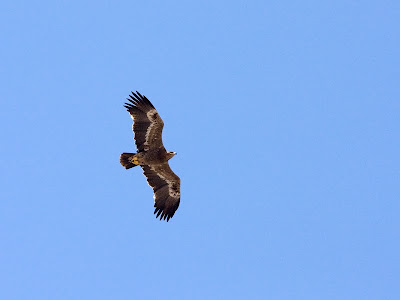 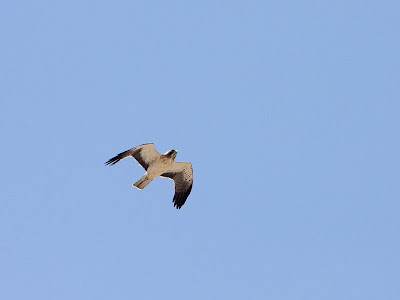 I had one 2cy Eastern Imperial Eagle: 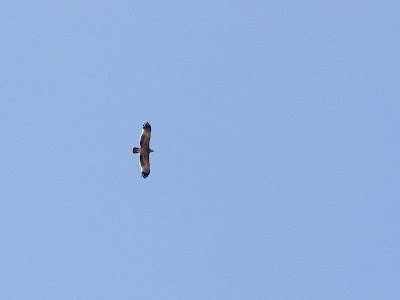 In the afternnon I led together with Jonathan a tour targeting the Nubian Nightjars south of the Dead Sea. We made a couple of stops along the Arava that produced a male Cyprus Warbler and fantastic views of Arabian Warblers - a couple interacting and feeding a recently fledged juvenile.
At Neot Hakikar, we had superb views of four nightjars that concluded a terrific day.
פורסם על ידי Yoav Perlman ב- 9:25 PM