Not so red knot

This morning I birded with Barak in Ma'agan Michael - my first visit this autumn. It was alright, though we couldn't find a drained fishponds, so shorebird numbers and diversity were relatively low. Early on Barak spotted this wacky Armenian Gull flying around - at first when we saw it from a distance our hearts skipped a beat, until we figured out it's not a glauc. 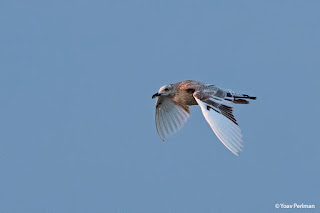 On the beach there were some fine shorebirds, typical of the season. This 1cy Red Knot has been there for a few days now -  love this plumage though it has no red colour. Red Knot is quite rare in Israel (few birds a annually), typically showing up at MM in late August and early September. 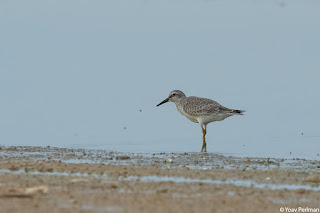 Ma'agan Michael beach suffers from ongoing disturbance of joggers and walkers. This Red Knot was spooked by a passing jogger: 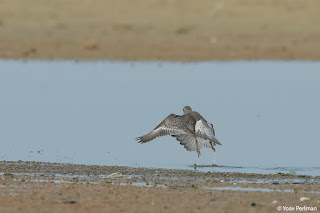 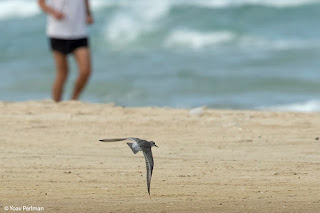 As was a huge-billed (male?) orientalis Eurasian Curlew: 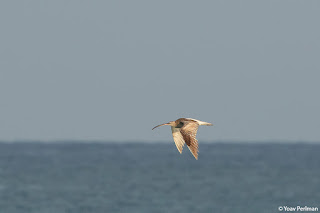 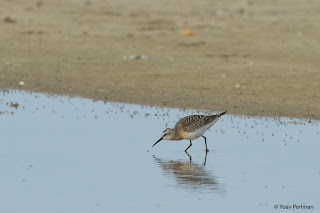 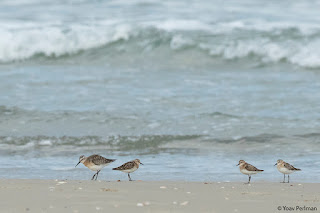 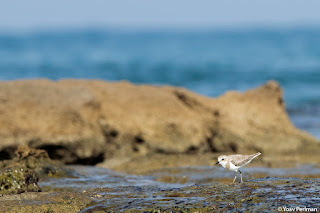 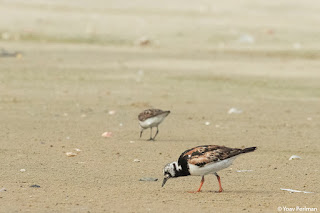 White-winged Tern demonstrating why it's called that way 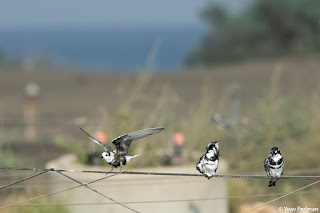 Passerine numbers were actually rather low, with few shrikes and some Willow Warblers. Several Citrine Wagtails and some Penduline Tits added quality. As did this Lesser Grey Shrike. 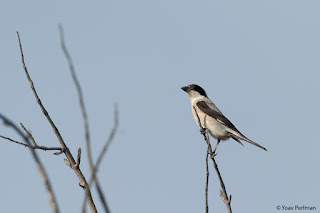 Despite being a slow morning for both shorebirds and passerines, eventually we ended up with 87 species. Thanks to Barak and Bamba for the company. Full eBird checklist here.