I spent this morning at the Jerusalem Bird Observatory. At this time of year, the best of autumn there, the large pistachio trees (Turpentine Tree, Pistachia palestina) are packed with sweet, fatty fruit that attract large numbers of migrants, mainly warblers. It was heartwarming to watch the trees dripping with Lesser Whitethroats and Blackcaps, despite all the damage we cause to our planet. Alongside the commoner species, the rich habitat hosted lots of fine migrants. There were several Common Redstarts around, at least two were Ehrenberg's while another was probably European. Not too easy to do when they're young and silent. 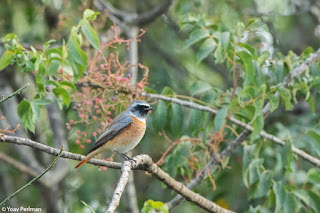 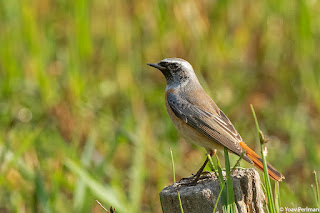 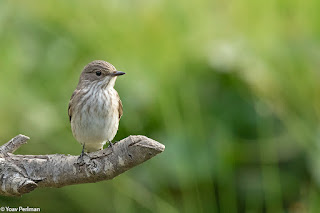 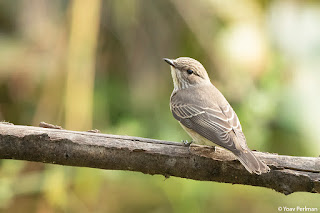 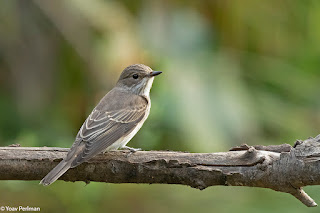 A few Willow Warblers were hopping around, mainly feeding on mites off Common Fennel bushes 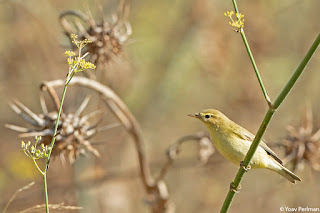 Among the Sylvias,  there were also a few Eastern Orpheans (towards the end of their migration), Garden and Common Whitethroats. 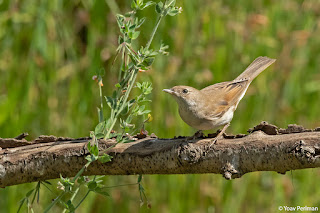 There were a few acros jumping around the pond. At least two were Marsh, one of them eventually ended up in the nets; 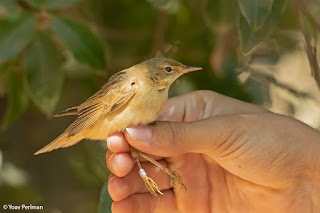 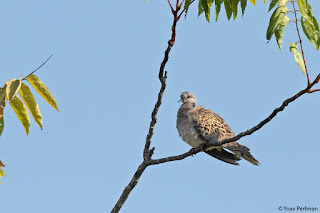 Many thanks to Yishay who ran the ringing this morning, Klil, Gidon and Amir.
פורסם על ידי Yoav Perlman ב- 2:17 PM