With all the roller excitement, a few birding activities from recent days have been left out. Maybe not as exciting as a first for Israel, but birding has certainly been good. On Thursday, a few hours before news of the roller broke, I went birding with Meidad in Tel Aviv before our staff meeting at our headquarters. Early on we birded Hatzuk Beach coastal scrub, which was alright despite a noticeable departure of migrants. There were still plenty of shrikes, wheatears and warblers. 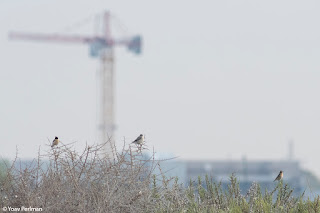 There were some young Honey Buzzards flying around - presumably birds that crossed over the Mediterranean. Much smaller numbers do this compared to the 500K that migrate further east overland, but still there are a few every morning there, often escorted out by the local Hooded Crows: 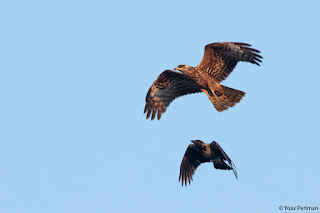 A few days ago I sold my big lens, ahead of a move to a modern system. More news on this to come. In the meanwhile, I am using my old 400mm f/5.6. I feel a bit crippled by the lack of focal length, and it is not as sharp as the big lens, but the advantages for shooting birds in flight are apparent. 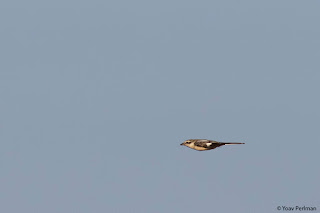 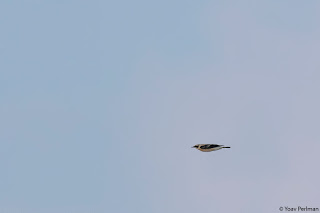 We did our best to relocate an Icterine Warbler that had been present for a few days (which I need for my yearlist), without success. eBird checklist for the morning here.

We had little time left for the Pacific Golden Plover that had returned for the third consecutive year to nearby Tel Barukh beach. By the time we got there, the beach was already super busy, so we found the bird roosting exactly at the same quiet spot where I had it last year, through the fence and into the sun. 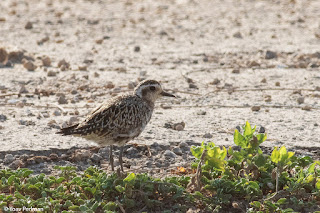 Supporting cast was this adult male Rueppell's Warbler in nearby scrub. Uncommon in autumn (much scarcer than spring), but this is their time of year, and the coastal scrub patches north of Tel Aviv are certainly a good place for them. 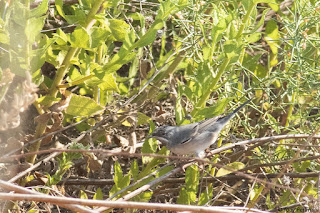 A couple of days earlier, before a meeting, I had a couple of hours to bird Ma'agan Michael with my boss (lucky me, how many people can do that?). The Red Knot was still present, I added Black Tern and Mediterranean Gull to my yearlist, and all in all had a good time. Ma'agan Michael (77 spp) and Ma'ayan Tzvi (57 spp) eBird checklists here and here respectively. 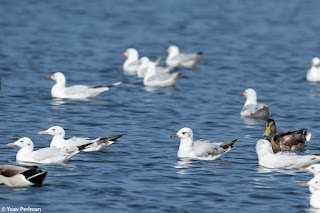 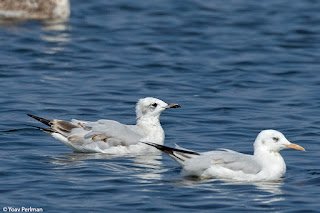 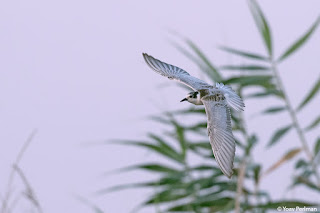 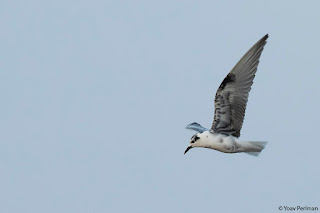