Again, some stuff has piled up on my computer-desk, that needs clearing.
On Monday I had a chance to meet up with Nils who's doing a Big Bat Year, passing through Israel. With two hours to spare, I decided to check wadi Bet Arif near the airport that was actually quite good despite the heat. Migration was on, both on the ground and overhead, and local birds played ball too. Nils even had a mammal lifer (Mountain Gazelle) and a few bird lifers. Rather unexpected was this 2cy Bonelli's Eagle: 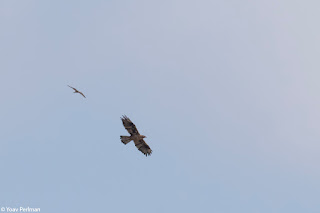 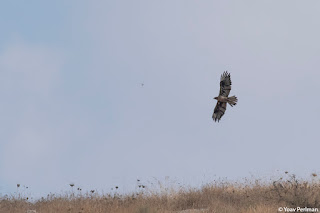 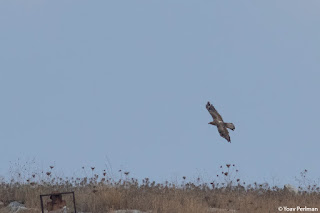 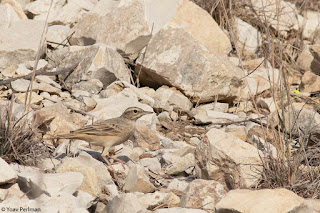 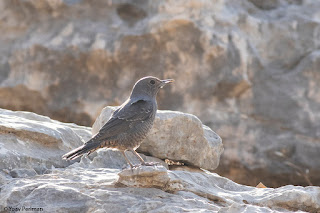 Yesterday was Election Day so I had the day off. In the morning I birded with Re'a the alfalfa field and reservoir near Tal Shahar, which was fantastic, as expected at this time of year. Numbers and diversity were really great. Highlights were a Richard's Pipit, Pallid Harrier and 90 species within three hours. eBird checklist here. 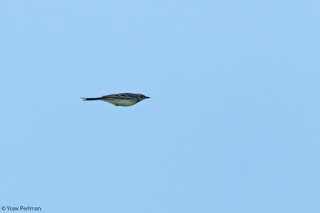 This young Peregrine bombed past us, too quick for me to focus 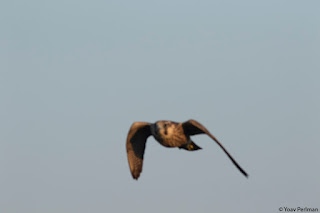 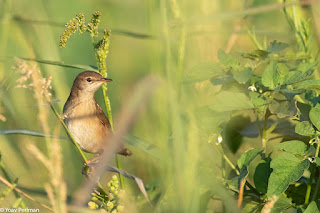 Alfalfa fields are packed with wagtails and pipits now. In turn, the abundance of potential prey attracts harriers. We had three young Montys (one pictured here) and a blondie Pallid foraging very actively over the field early one before taking off. 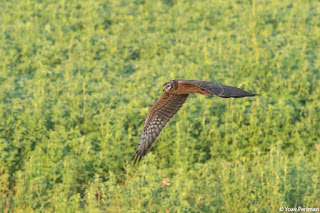 This morning I worked with Sivan from NPA north of Ashdod. Highlights were an Oystercatcher and two Whimbrel, and Desert Wheatear among many other wheatears. eBird checklist here. 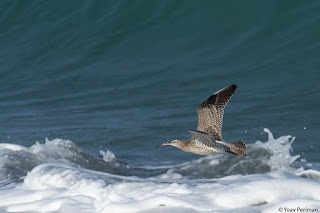 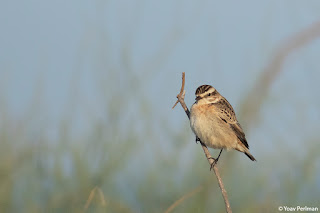 Still trying to find out what this dragonfly is 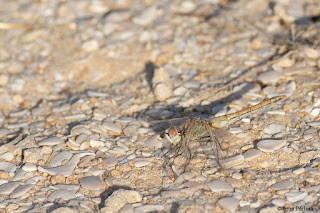