I got back from a speedy work visit to USA. I met up there with my boss and colleagues that had arrived in the USA before me. Our busy itinerary included meetings with colleagues that luckily are also close friends and top birders. I spent two nights and two mornings at the Cornell Lab of Ornithology in Ithaca, Upstate New York (on the birding there in the next blogpost), and one night and morning at Cape May, New Jersey, spending quality time with our partners at Cellular Tracking Technologies. We arrived at Cape May in the evening, and the skies were already full of migrating birds - so cool to hear all of those birds flying over. Radar images got the excitement going towards the morning flight of the next morning - my first at Cape May.

We got up early and indeed tons of birds were moving through the dark skies, pushed closer to the coast by light northwesterlies. We positioned ourselves on the Dyke first thing. As soon as the sun crept up over the horizon, huge numbers of birds were on the move - spectacular. It was a big day, especially for Northern Flickers; warblers flooded though both in quantity and in fantastic variety (23 species!); flocks of Bobolink and Cedar Waxwing moved through; Merlins were darting after low-flying warblers; the tress and bushes were dripping with Blackburnians and Cape Mays stopping for a quick rest before pushing onwards. Truly awesome experience. Adrenaline levels rose even igher when Daniel, one of Cape May Bird Observatory's migration counters yelled "Get on that flycatcher!" - a young Vermillion Flycatcher flew by giving good views, only the 2nd for Cape May. Wow. On the dyke were some of North America's finest birders - huge fun to rub shoulders with them giants on such a great morning.

From a photography point of view, I must admit I struggled quite a bit. A day before heading over to USA I got a new camera system, Olympus OM-D E-M10 Mark III with Olympus ED 300mm f/4 IS PRO.

The focus system of the new camera is very different to what I was used to from years of working with Canon system. I tried to do some homework on the road, but I still am far from mastering the new system. As a result, I missed lots of shots in an already challenging scenario of tiny warblers shooting through at great speed.

Here are few shots I did manage somehow (some more are in the eBird checklist): 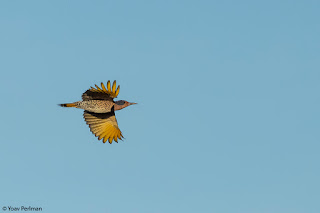 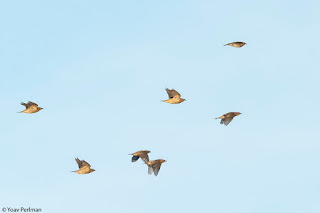 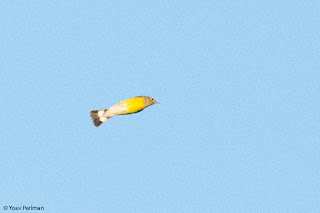 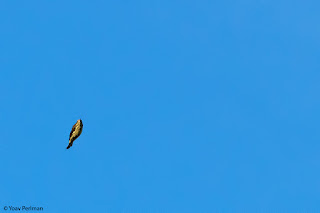 It was very hard to tear ourselves away from the spectacle, but we had meetings to attend. We swung by the banding station operated by CMBO, where we inspected the MOTUS system setup. There were some birds in the hand to enjoy too, and warblers were flying over all the time, though it wasn't their busiest banding day. Great to meet up with young Israeli RINGER Yotam, spending the AUTUMN there. 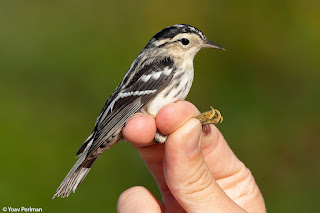 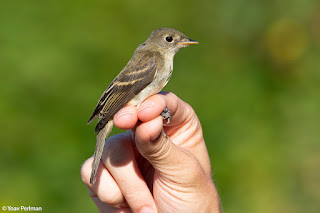 The meetings were held in Mike's house, where I was constantly distracted by garden activity in the form of Ruby-throated Hummers, Monarchs (big day for them too) and Black Swallowtails. 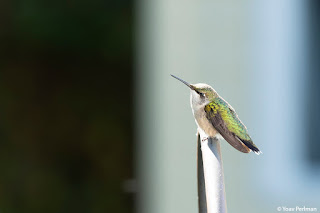 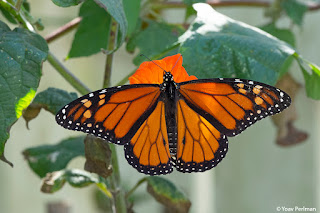 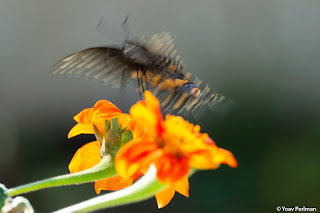 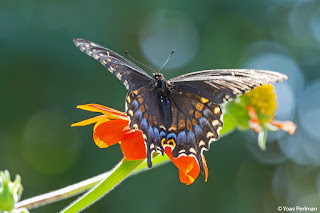 What an amazing morning it was. More on the Cornell leg in the next post.
פורסם על ידי Yoav Perlman ב- 9:11 PM