Yesterday I headed down south with Jonathan. We had some work to do, and combined that with kind of birding, or rather cherry-picking that largely went wrong. We started off at frozen Ovda Valley - 4⁰
C is quite extreme in Israeli standards. As expected, bird activity was rather limited early on until the sun finally started heating the environment up. For the second time this winter I failed to find the Basalt Wheatear - what's its story? Sometimes it porns itself completely, on other occasions it's absent - I have no idea where it disappears to. Its chosen corner of the valley looks very dry and unproductive this year - last year it was crawling with beetles and stuff. The main section of the valley, near the 'Black Hills', was a bit better. Asian Desert Warbler, 12 Bar-tailed and 6 Temminck's Larks, wheatears and a distant herd of 15 Onager kept us entertained. 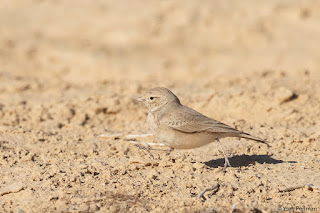 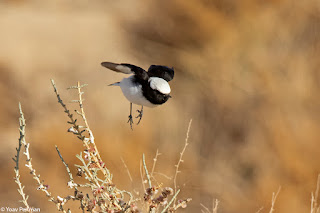 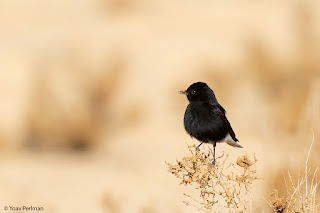 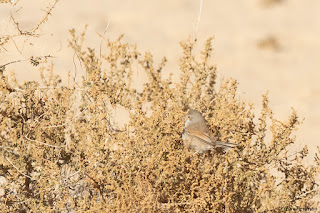 On the way further down to Eilat we stopped briefly at Neot Smadar. No sign of the Hume's Leaf Warbler; Blue Pansy mini population somehow persists there: 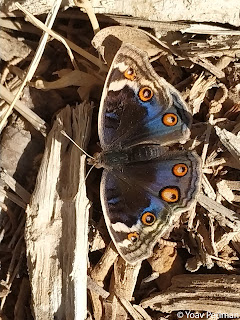 In Eilat I had two photographic targets - Oriental Honey Buzzard and Lesser White-fronted Goose. Somewhat predictably, we failed to locate both species. We added some species to our growing year list, and clocked on local rarities - namely Pygmy Cormorant and Gull-billed Tern at IBRCE. 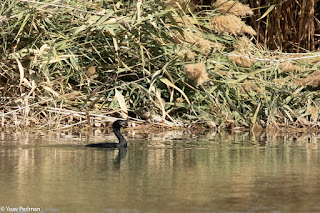 We added Booted and Eastern Imperial Eagle, Citrine Wagtail, Dead Sea Sparrows while driving around, scanning the skies, ponds and plantations to no avail, but no other highlights. On the way back home, still on the theme of adding species to our year list, we stopped at Elifaz Reservoir for the Red-breasted Merganser, that was unimpressively sleeping distantly at the center of the huge reservoir (eBird checklist here): 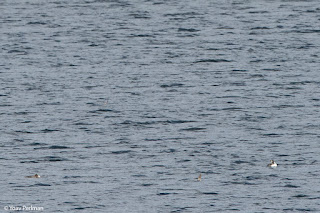 Last stop on the way back home was at Samar - fine views of a favourite species, Black Scrub-Robin. Superb way to end a long and overall enjoyable day. 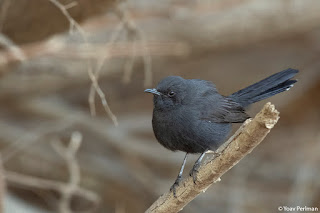