This morning Amir, Gidon and I headed down to Uvda Valley in the far south. I know we were a bit late joining the party, but the presence of two headline birds next to each other didn't leave us a choice. We left at 02:30 to get there by first light. We soon located the first star - Red-rumped Wheatear. First views were against the rising sun: 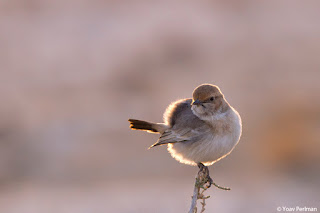 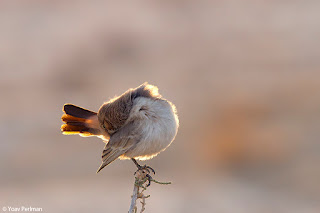 then we re-positioned ourselves, to get the bird in the golden early morning light. What a stunning bird. It was so beautifully tame. Evidently unimpressed by us, coming to hunt for beetles literally between our feet. It is difficult to personify birds, but I felt it was actively playing with us. Looking us straight in the eye, flying directly towards us while keeping eye contact, following us wherever we went. Fantastic experience. 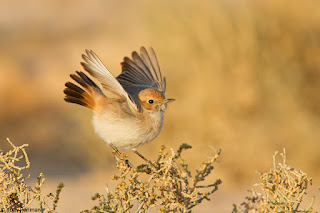 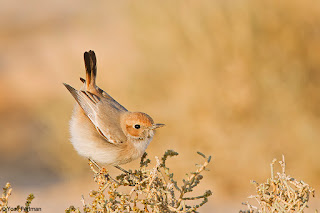 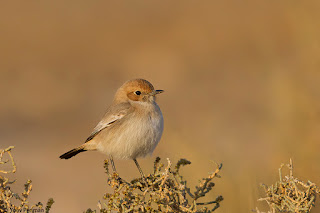 These two are full frame: 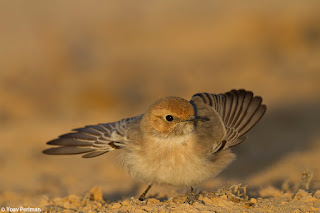 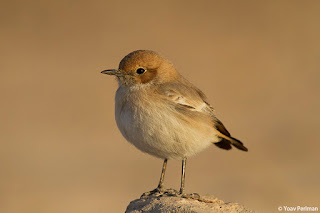 Stunning performance by such a rarity - this is only the 5th record for Israel, found by Eilat birder Shachar Shalev and an old Finnish friend Jani Vastamäki. Not an Israeli tick for me - I saw the famous pair that bred in 1988, as a kid, so no photos back then. I was very happy to reconnect with this lovely bird, so beautifully. Amazingly, a few later Shachar found another pair in the Arava valley. We had no time to visit them today - will they stay to breed too?

Amir stayed with the Red-rumped starlet for a bit longer when I left to find the Basalt Wheatear before the light turned too harsh. After first satisfying view of this incredibly rare bird, I understood it was just as tame and 'playful' as the Red-rumped Wheatear. Again, catching caterpillars between my feet, eyeing me constantly, singing at me - what a stunner! 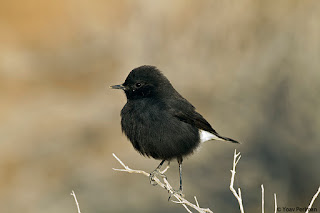 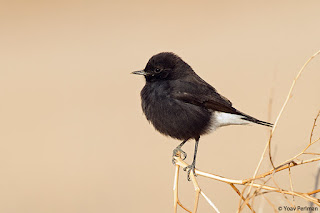 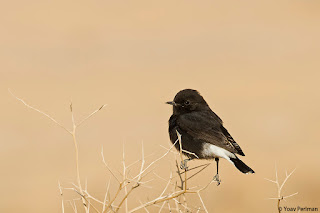 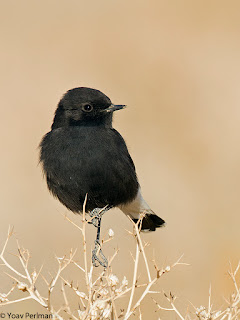 I failed miserably to get a decent jump shot - the normal excuse of my old camera, and probably old photographer too... These are the least rubbish shots I got: 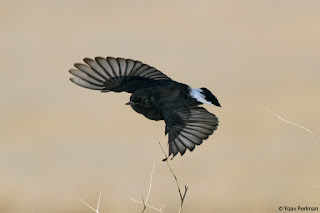 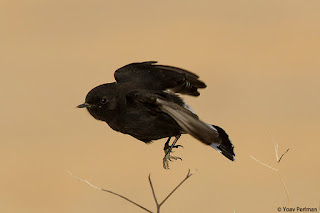 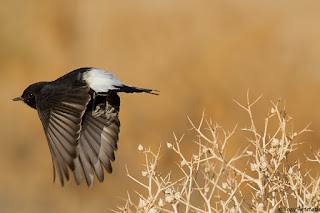 Wow. Just wow. Again, I have positive history with this global rarity - another individual posed nicely for me back in 2012. It was a memorable experience - back then it was a mythic rarity, and I enjoyed watching it with Martin Garner. Now it has become slightly more regular in winter in Israel. But this experience was up a next level. The intimacy, the interaction between us, without 'special' aids - just the bird's will and character - magical experience. It is still unclear what is the taxonomic position of this fascinating taxon. I say - full species!

It was a lovely early morning but soon it heated up and the light became too harsh for proper photography. We birded the valley a bit - it was pretty good with Spotted and Crowned Sandgrouse, lots of larks including 80 Temminck's and some Bar-tails, Tawny Pipits etc. Most striking was the huge amount of wheatears - just everywhere. Seven species - not bad! Check out our eBird checklist. 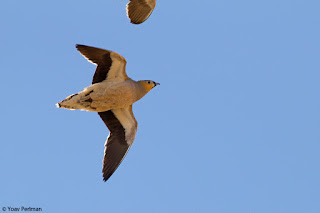 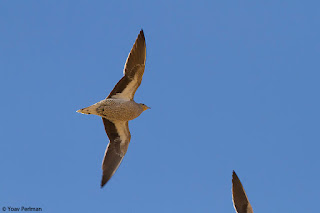 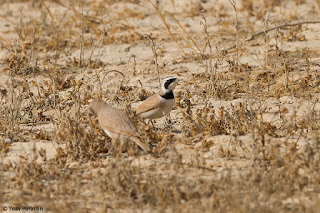 We then headed to Neot Smadar for some refreshments. The fields were pretty quiet, so we spent a few minutes admiring Blue Pansies (Junonia Orithya here Lang - funny name). Lovely little butterflies. By then light was very harsh already. 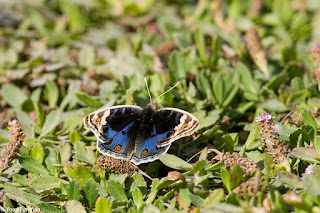 Last stop was at Nafcha. It was midday, very hot and we were out of breath. We saw little, but added out 8th wheatear of the day, northern.
And then we headed back home. What a fabulous morning.
פורסם על ידי Yoav Perlman ב- 4:26 PM