I spent an enjoyable morning birding with my good friend from Holland, Gert. Gert needed the Persian Wheatear that returned for a second winter. As I love birding at its chosen site, Har Amasa, it was not hard to convince me to pay the wheatear another visit. It was Euro-cold when we got there, windy and overcast, so it took us a while to get some bird activity. Eventually we found the bird where it was supposed to be. It spotted us from a distance and flew directly at us to check us out - is it being fed mealworms by intrepid photographers? Anyway, it was disappointed that we had no offerings for it, so it kept a medium distance away. With the grim light conditions my photographic results are rather poor, but the important thing is that Gert enjoyed great views of his lifer. Fantastic bird, whatever it is - still waiting for DNA analysis results. 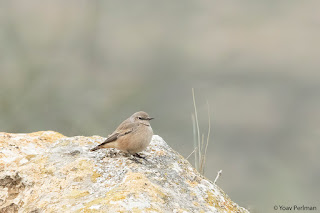 Shame about the no-focus and composition... 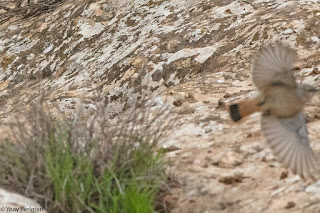 There was a brilliant density of Finsch's Wheatears there - we counted 17 in a rather small area. 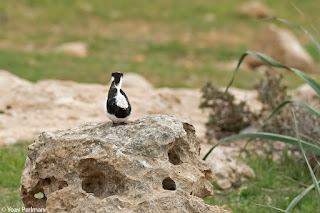 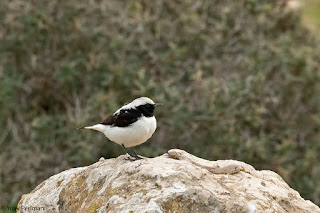 Because we were cold we decided to head down towards the lowest place on earth, the Dead Sea, to absorb some warmth. First we checked Lot/Heimar Reservoir that did not produce much (checklist here) but provided typically lovely views of stunning Arabian Green Bee-eaters: 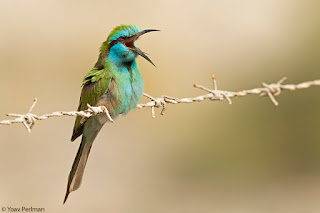 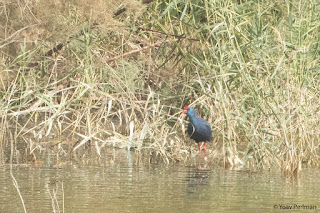 I was impressed by the big numbers of Pallid Swifts this early in the season - we estimated 800 just over the wetland: 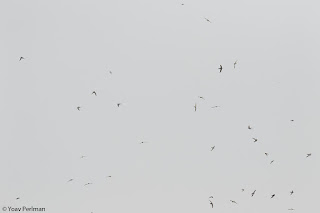 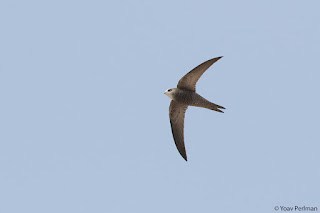 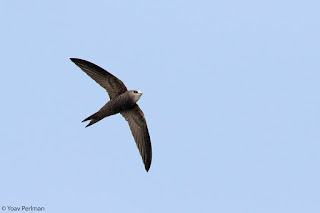 Then it was time to head back. We checked one last reservoir near Gert's train station, Kfar Harif. It was OK (3 White-headed and 3 Ferruginous Ducks, checklist here). I was intrigued by two summer-plumaged White-winged Terns there. In recent years they have changed their status in Israel. Once a strict migrant, now they winter in fair numbers in various parts of the country. Interestingly, all photos I saw of these wintering birds are in immaculate summer plumage. 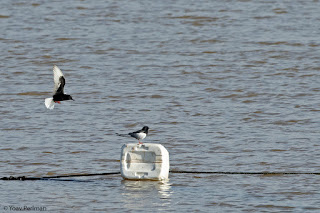