This weekend I took part in an avi-blitz organised by (in no particular order) Israel Ornithological Center, IBRCE, Eilot Regional Council and Nature and Parks Authority. Over 30 teams took part in this effort. We surveyed remote corners of the southern Negev and Arava, seldom visited by birders. Many of these areas are deep within military firing zones, so access is restricted only to weekends. It was great fun, though my polygons were less productive. On both days I worked deep in the desert west of Neot Smadar. Yesterday was rather quiet (eBird checklist here), though I managed to find an uncooperative pair of Arabian Warblers at a new site in the far west of their predicted range, possibly the westernmost territory in the world?

Otherwise, away from the acacia wadi, birds were very few. The desert is extremely dry here, and the few birds concentrate where some productivity may be found. Good to absorb some desert serenity.

Somehow I managed to hear a distant singing Temminck's Lark; Spotted Sandgrouse flew by somewhere and that's it. I was really impressed by the huge numbers of Dorcas Gazelles on both days - we had over 100 yesterday and 60 today. They were generally tame and confident, implying that there is little poaching in this region if any. 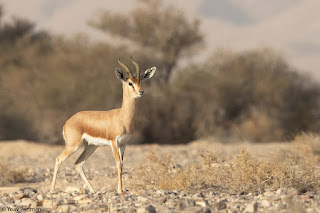 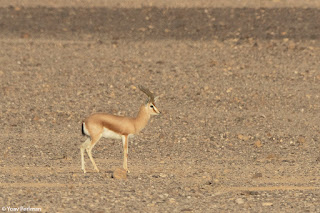 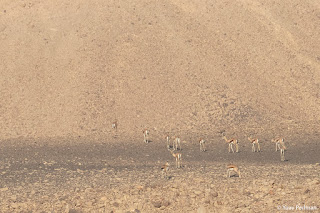 Check those huge rear toes on this Bosc's fringed-toed Lizard 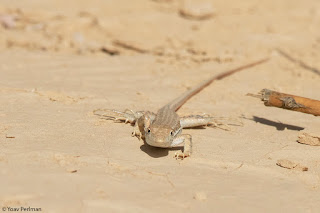 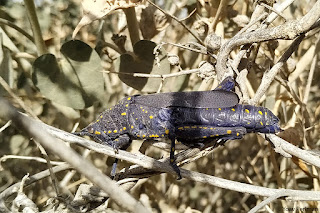 **This fascinating insect is venomous - it spits poison at predators, the poison is produced from the poisinous bush Pergularia tomentosa on which it is perched in this photo - thanks Avner for the info**

After we were done we headed down to Eilat for some recreational birding. Again I failed locating both personal photography targets - Oriental Honey Buzzard and Lesser White-fronted Goose. No show. We checked the traditional sites, KM19 sewage and IBRCE. Nothing special, just the regular wintering birds plus local rarities and scarcities: 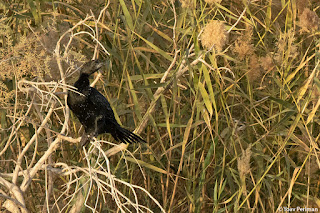 Rare in winter, this Gull-billed Tern spends the winter at IBRCE 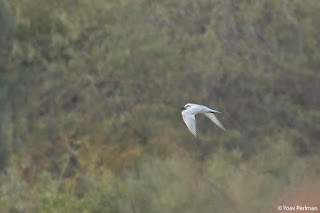 One of four LEOs roosting at IBRCE 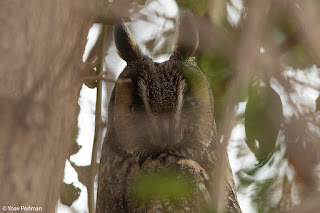 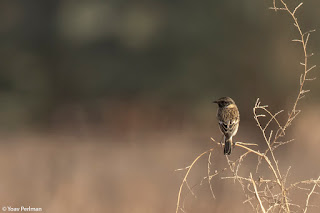 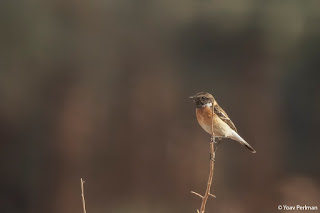 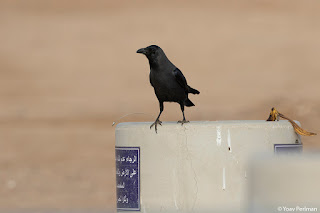 Today I worked a polygon in the same general area. As we entered the area we had an Adrenalin-pumping early morning encounter with a pack of 9 Wolves - such fantastic animals. 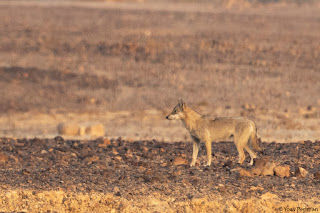 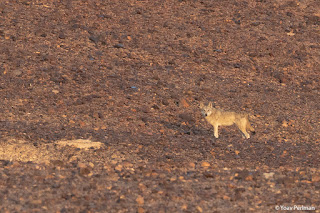 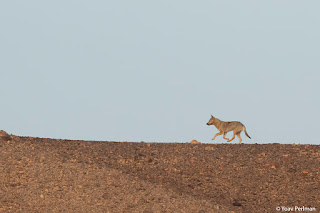 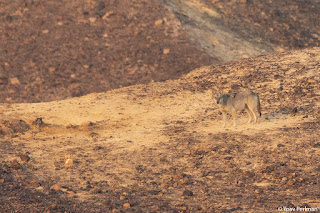 Again there were rather few birds around (eBird checklist here). Only bird of interest was a fine male Cyprus Warbler that didn't pose well enough. 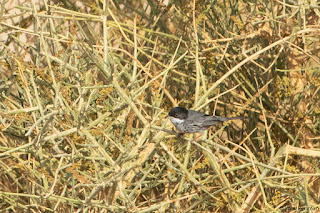 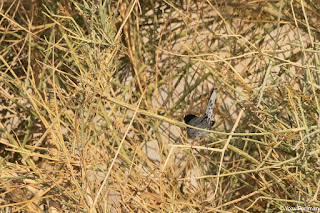 Huge thanks to the organisers Noam, Itai, Libby and Eran, to Eli who helped design the fieldwork. Hai Bar staff hosted us wonderfully - thanks! Kudos to all the hard-working skilled teams who did a stellar job. Till next year!
פורסם על ידי Yoav Perlman ב- 10:50 PM