I missed the actual event at Spurn this weekend, but an early morning visit to Tsor'a Valley near my house more than made up for it. A true migration feast, compressed into three hours. Started walking through the large recently-cut alfalfa field south of Tal Shahar. It was packed with birds - clouds of Yellow Wagtails flying low over the field, swarms of Willow Warblers collecting caterpillars on every bit of vegetation, skyfull of thousands of hirundines hawking over the field, Whinchats, wheatears, shrikes - simply fantastic in the golden sun. Numbers of feldegg and flava Yellow Wagtails are about even now: 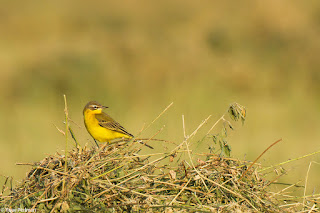 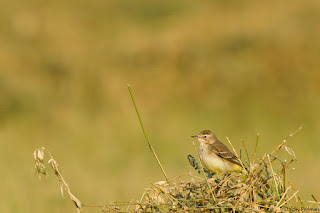 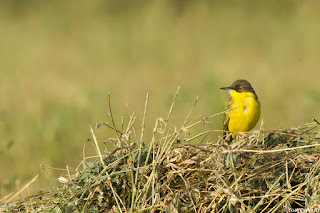 I tried, without real success, to capture the spectacle of a flock of 800 Yellow Wagtail flooding the field, moving from side to side with every passing raptor. Not easy to get them in flight. 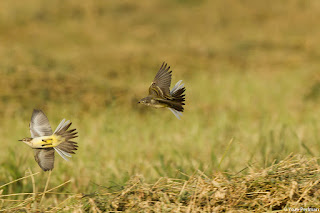 Willow Warblers were present in strong numbers too. For example, in a 5X5 patch of unmown vegetation remaining around an irrigation pipe in the middle of the alfalfa field were 30 WIWAs. 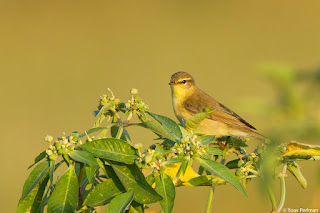 That same patch also held several Savi's and Reed Warblers, including this one that repeatedly adopted a 'banana posture': 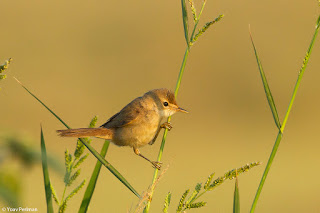 Out of this same patch I flushed another Locustella sp. I got on it in flight as it flew low over the field and disappeared in the cut alfalfa. I was 99% sure I saw streaked upperparts! I walked up to where it landed, flushed it again - still couldn't 100% positively confirm it had streaked upperpats. I then lost it and spent another frustrating 20 minutes searching for it in the field. Personally I know it was a Grasshopper Warbler but cannot do anything with this record.

This is the time of year when we see in Israel intriguing House Martins, with darkish underwing coverts, streaked undertail coverts and shallowish fork, but still Northern and not Asian. 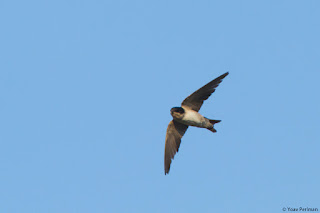 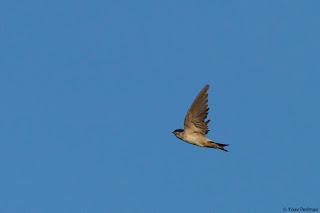 Now there's a turnover between adult (above) and 1cy (below) Red-backed Shrikes: 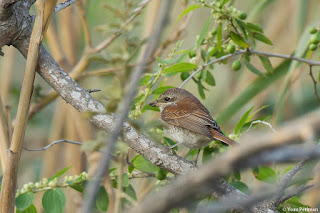 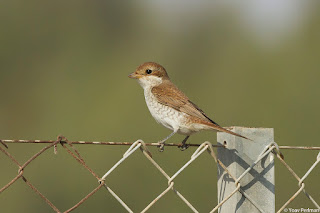 I was pleased with double figures of Roller (12), all 1cy bar this fine adult: 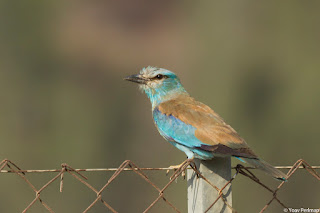 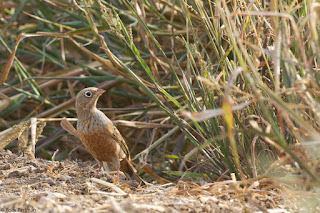 I quickly visited Yitzhak and Yosef who were ringing in the reservoir - they were very busy! 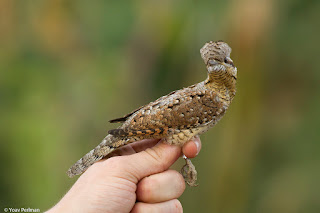 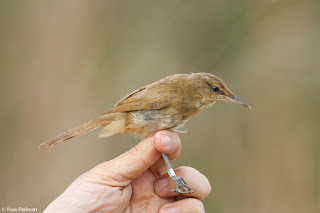 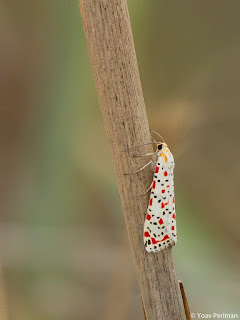 I had to leave just as the first raptors were taking off. 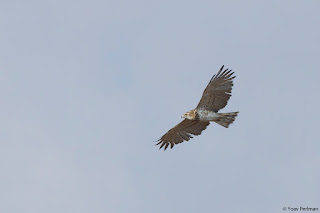