These are very busy days of migration over Israel. Every time I lift my head up there is something up in the air - Honey Buzzards, Pelicans, White and Black Storks, Bee-eaters, Alpine Swifts, Red-rumped Swallows - such a treat. I missed the massive stream of Honey Buzzards that passed further east of me, but still casually had nice numbers, mixed with Black Kites, Marsh Harriers and first Lesser Spotted Eagle and Levant Sparrowhawks.

This morning I went ringing at the Jerusalem Bird Observatory. Typically for September, numbers weren't huge, but species richness was great. Walking around I had both Thrush and Common Nightingales, nice concentration of Masked and Red-backed Shrikes, Barred Warbler etc. A Nightjar was flushed out of its roost (accidentally) but wasn't relocated. many of the above ended up at the ringing table. My eBird checklist is here, while the ringing totals are below. 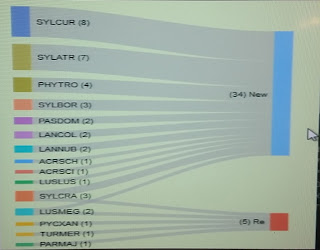 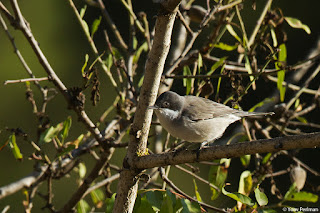 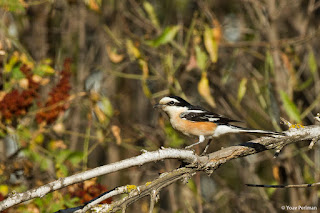 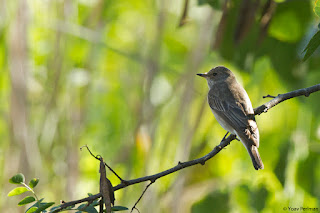 Towards the end of the morning a member of the public brought to us a crash-landed Corncrake she picked up from her street, just before the cats did... It was very exhausted but luckily unscathed. After a quick examination it was sent of to a wildlife hospital - hopefully it will make it and get released soon so it can migrate on. 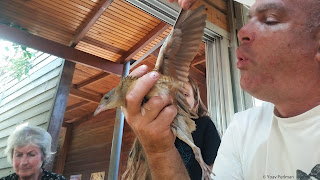 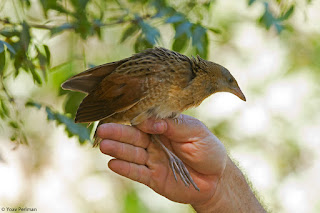