In recent days we worked out of Merida, in the outback of Badajoz. Birding has been on the slow side, partly because the habitat is not that good, and partly because the weather has been bad and birds kept low. This morning we got rained on pretty hard, and the forecast was pretty grim for the evening too, so we stayed in Merida. We made the best of a short sunny spell to check the Guadiana river by the roman bridge, right in the center of Merida. It was really good - pretty exciting urban birding. Bird highlights were a few Western Swamphens, and several families of Penduline Tits. The heronry by the bridge has 6 species plus ibis and spoonbill, and quite many birds move up and down the river. 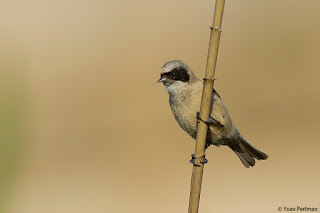 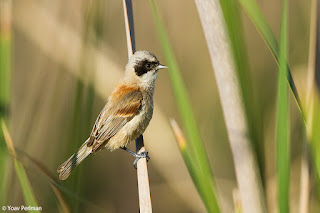 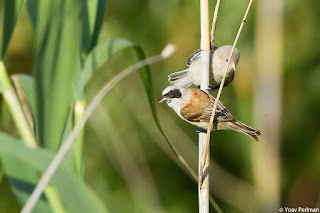 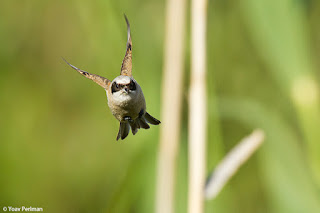 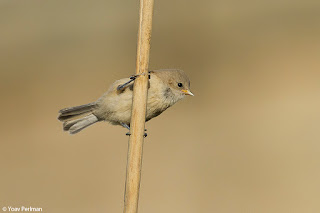 I didn't manage a decent photo of the purple chickens - they were surprisingly shy for this busy urban site. A chicken chicken is just about visible on the right here. 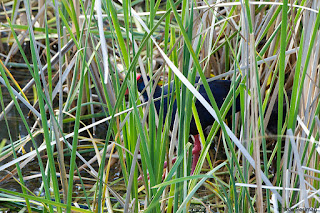 A nice surprise was this large Horseshoe Whipsnake (Hemorrhois hippocrepis) chilling out on a rock under the bridge. It must swim pretty well if it got there. Too close for my lens. 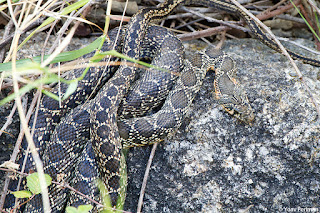 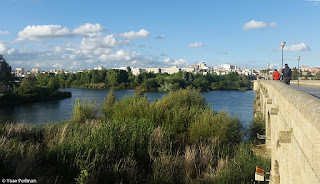 Just a random Wild Boar from yesterday, one of five we saw together. Great beasts. 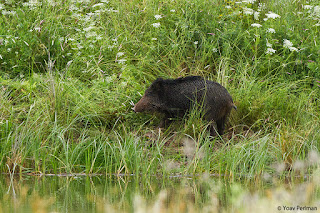 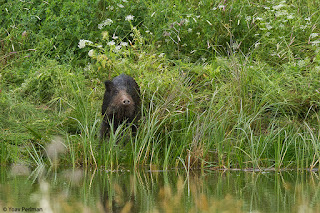