Somewhat retro, I know, but I still have just a bit of Iberian birding to cover. Re'a had an early flight out of Lisbon, and our flight was later in the afternoon, so we had a couple of hours to kill. I drove on Ponte Vasco de Gama many times and always wanted to bird the saltpans under the bridge. This time we gave it a try. We headed over to a random spot near Alcochete that looked good on google maps, and were surprised to find there a well-managed birding site - Salinas do Brito, managed by a local NGO. We had a pleasant hour of birding there before heading back to return our rented car and off to the airport. I guess a visit during peak migration time would be more rewarding, but still we saw some nice birds and generally felt it was worth the trip for downtown Lisbon. We had their our final trip-bimbo, Little Stint, among some other shorebirds: 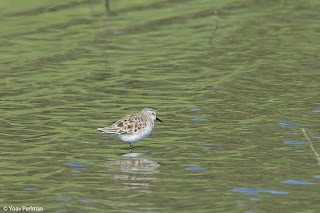 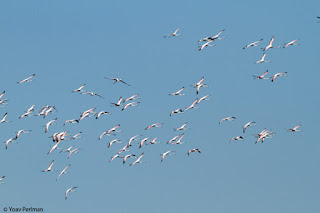 Quite a few Iberian Yellow Wagtails  breed there - we had singing males. I was again intrigued by their mixed calls, rasping 'eastern-type' call and a clear 'western-type'. It was too windy for me to sound-record. 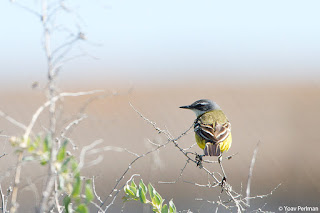 Lots of Swallowtails flapping about. Pretty ambitious of me to try and photograph them with my half-dead camera and a 500 mm lens. 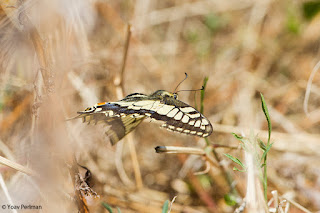 And a small debt from the previous day - some flight shots of Azure-winged Magpies still in Spain: 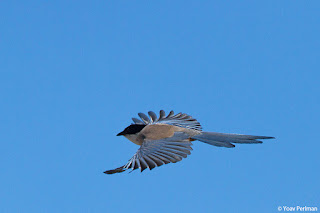 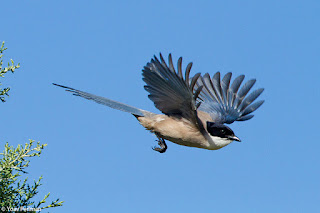