Before heading back home to the UK, we made time for a cheeky visit to the spectacular Monfragüe National Park. I must admit that after spending 6 weeks in grassy plains, I was ready for a change of scenery. We had little time there but made the best of it. We had a few target species to catch up with, but also just enjoyed good birding and breathtaking scenery. Our first target was White-rumped Swift. After seeing them in Alangefrom a mile away a couple of weeks ago,  I was hoping for a more intimate encounter with them. So to the top of the castle we climbed, and indeed the sifts played ball. This pair of White-rumped Swifts breed inside the castle, and we enjoyed brilliant views of them zooming around. They are so quick and sadly my camera is almost dead, so I failed to photo them properly. Dan nailed them alright. But they are super quality birds and I couldn’t have asked for better views. 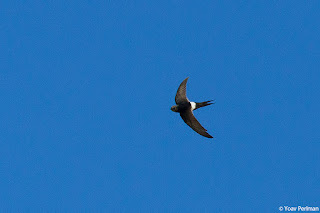 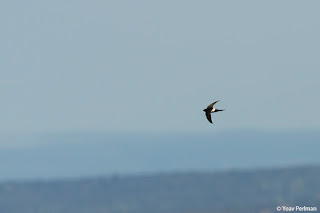 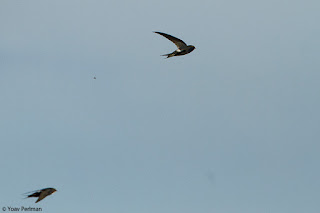 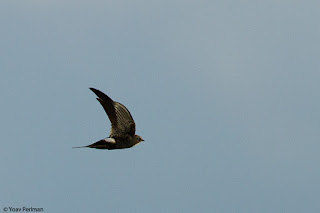 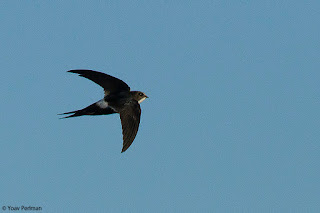 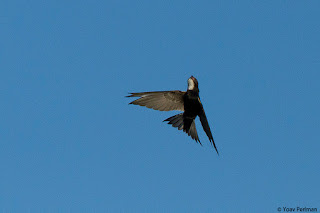 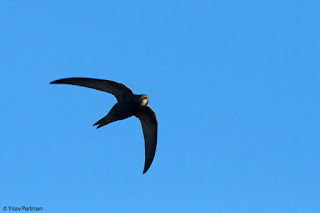 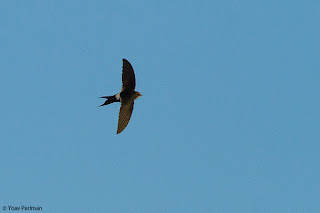 The scenery off the top of the castle is mui espectacular. Vultures and other raptors pass at eye-level, three other swift species joined the party, Rock Buntings, Blue Rock Thrushes – the full experience.

Our second target was Spanish Imperial Eagle. Again, I saw them twice before this season but from a huge distance and no photos. And Dan needed them. The stakeout for them is the stunning viewpoint of Portilla de Tietar, overlooking a huge cliff wall. A pair of eagles bred nearby but sadly their chick died a few weeks ago, and since then they are more mobile. However we did enjoy a great performance by an adult, circling above us for a long period, interacting with griffons and other raptors passing by. Incredible bird and the views were brilliant. Not the best conditions for photography as it was very high most of the time, and my camera kept under-performing, but I cannot complain. 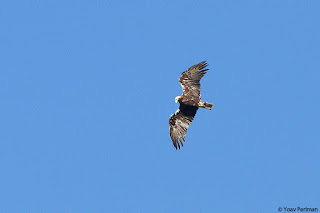 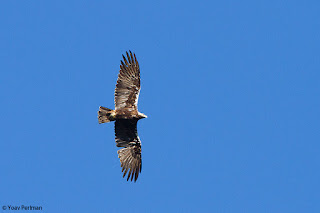 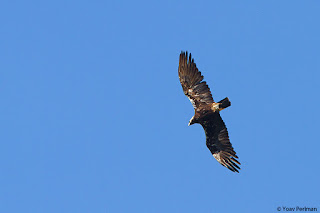 The best I could get of its upperparts when it banked 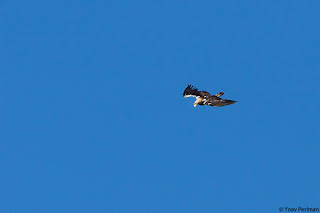 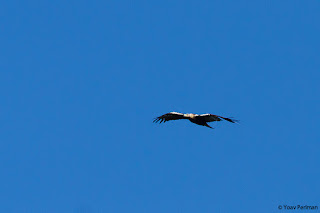 Here with a diminutive Short-toed Eagle 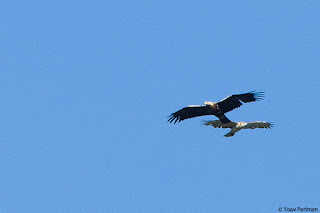 Target number three: Cirl Bunting. I saw one briefly a few weeks ago in the Hornachos, but that observation was completely unsatisfactory. And Dan needed them too… In Monfragüe they are common enough, and we encountered our first individuals pretty quickly. We got our photo opps just east of Tietar, along the road. Cracking bird. 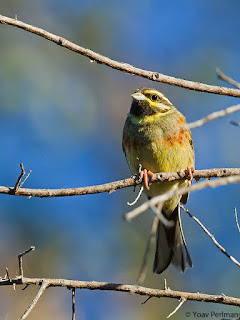 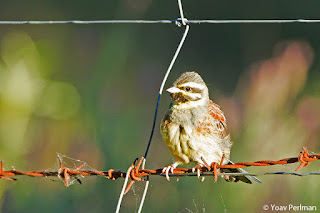 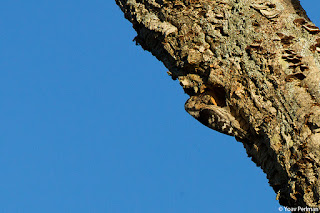 Target number four – especially for Dan. Crested Tit. I have seen many around Europe, but actually had never photographed them before. In Monfragüe they are found in conifer groves. Following the advice of Martin, we searched for them at the pass aboveCasas de Miravete. We found them rather quickly. They were extremely mobile and didn’t exactly play ball, but they are sure sweet little gems. This image does not show the red eye properly: 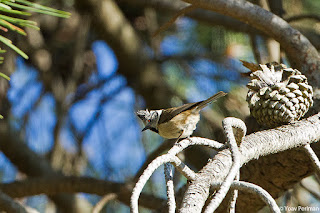 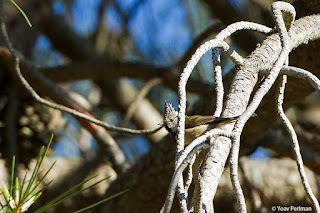 Other birds there included quite a few Western Subalpine Warblers and surprising a trip bimbo – Common Redstart. Boom. 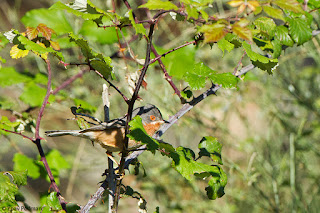 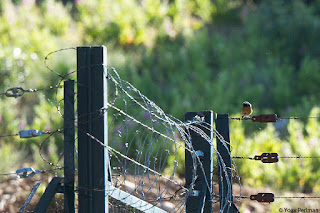 A change in vegetation and soil produced a couple of new butterflies too, including this Black-veined White: 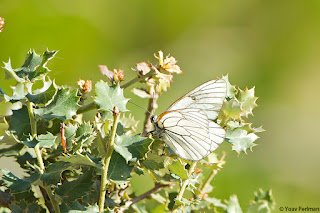 Our last morning was spent outside of the park – more on that in the next post.
פורסם על ידי Yoav Perlman ב- 10:07 PM