Last days of fieldwork in Spain

I am almost back home, and have a lot of catching-up to do. In the last few days we worked in several sites in Badajoz and Caceres. We visited the SPA of La Albuera in western Badajoz, and were quite depressed to find there a huge vineyard planted right in the middle of the former lekking area. Back in 2015 this was a fantastic site - not anymore unfortunately. This is where the lekking area used to be: 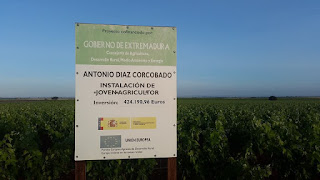 Still quite many Montagu's Harriers there. This stunning male enjoyed the new perches in the early morning light: 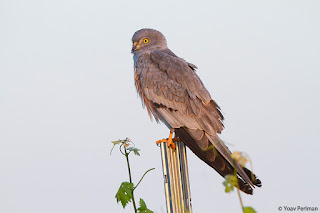 We also worked in Campo Lugar which was actually quite beautiful. Large expanses of pastures and traditional cereal fields, and many steppe birds. However, I met a person monitoring grasshoppers there. The joy there is short-lived. In a few days the Extremadura government will send in an army of insect-busters to spray the entire SPA with insecticides, to combat 'grasshopper plagues'. Sad. Re'a did see a Pallid harrier there, most probably the same individual we had had in Sierra de Fuentes a few days earlier.

From there we moved on to a few days of work in Llanos de Trujillo. We were based in Casa Rural El Recuerdo. The plains are vast and beautiful, but densities of steppe birds were relatively low. I had some extra birding experiences there. First, I found this Long-legged Buzzard south of Trujillo on May 16th, a good-looking massive bird. A good national rarity. These are record shots from a huge distance. Here it's on the right, with a Common Buzzard on the left: 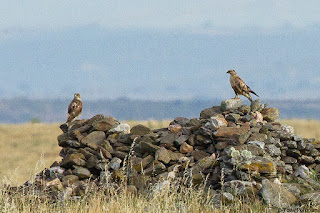 It was very shy and kept its distance, but in this long-shot the frontal pattern looks good: 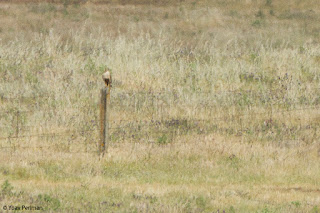 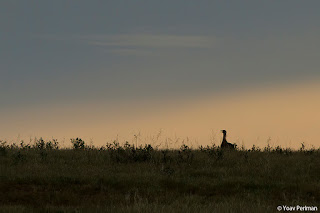 It was very hot 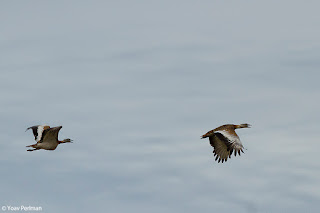 Llanos de Trujillo has phenomenal livestock density, which may be the reason for the few steppe birds. The vultures certainly enjoy all the animals - plenty of dead sheep to feed on. Among the many griffons on a dead sheep, this rogue individual kept me on my toes. Striking bird! 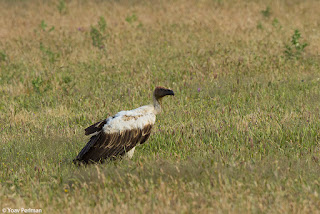 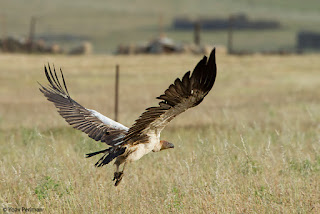 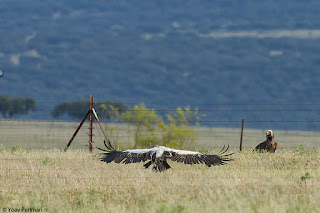 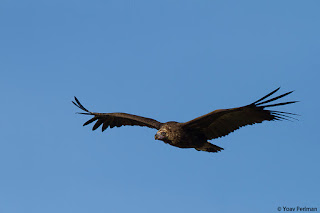 Before heading back home to the UK we made time for a cheeky visit to Monfrague - more on that in the next post.