We are working in Llanos de Caceres these days, but first I have more stuff from La Serena to catch up on.
I can do non-birds too! That's a new revelation for me, under Dan's Influence. I try now to pay more attention to featherless creatures than I ever did before. Hope it doesn't put my birding followers off.
Here's a selection of photos I took during our four days working in La Serena:

Ocellated Lizard - one helluva reptile! This brilliant male was about 50 cm long. Check that monitor-like head! 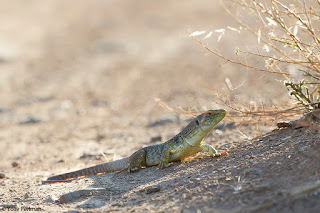 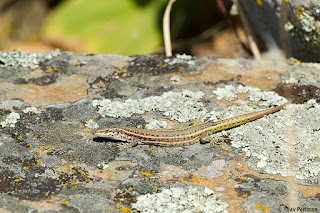 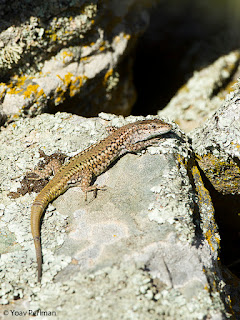 And in some ponds, large numbers of Iberian Water Frogs made lots of noise: 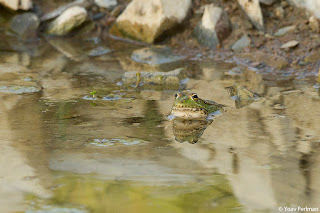 On the butterfly front, I am making slow progress. I can ID the common species, but I do need Dan's help with anything new. 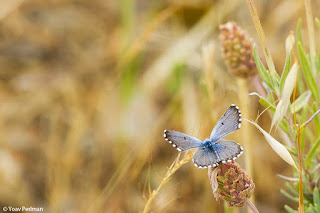 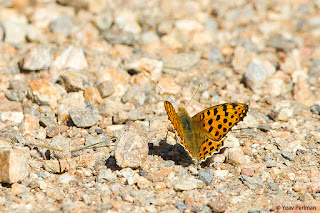 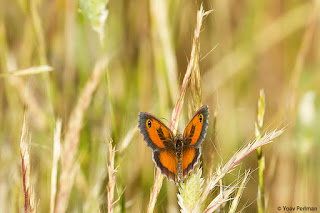 This insect was abundant in tall-grass pastures. When I first saw it I had no idea which order it belongs to - bee? Beetle? Butterfly? Andy (the ultimate pan-biologist) gave me a good idea of the genus, and it turns out to be a Libelloides hispanicus (not sure what is the English name of this family): 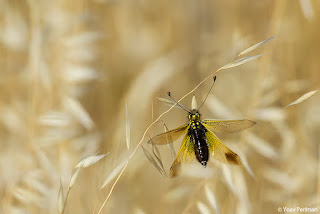 One of several dragonfly species - this is a Western Clubtail: 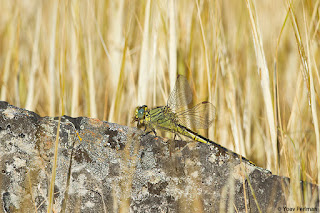 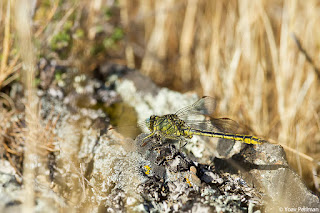