On our last full day in Iberia (19 May) we spent the morning birding in a few sites around Arrocampo reservoir, north of Trujillo. It's a large reservoir with some birding infrastructure in the northern arms. I haven't heard about this site until a few days before, and it was surprisingly good there. There is a small visitor center, and a few hides. We found the hides completely non-useful but bird activity was good and it was good fun just to stand around by the waters edge and enjoy the birds. The reedbeds were bustling with warbler song. Several Savi's Warblers were singing but we glimpsed only one. Great Reeds showed better. Good birding altogether. Most impressive was the high density of Little Bitterns - males were constantly chasing each other and chasing females in display and territorial dispute. So beautiful in the golden light. 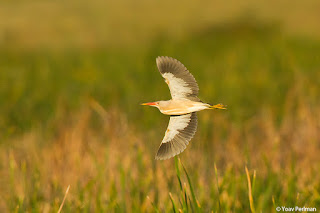 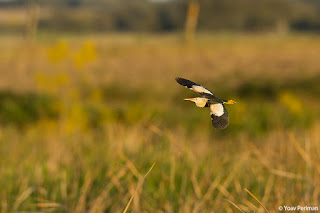 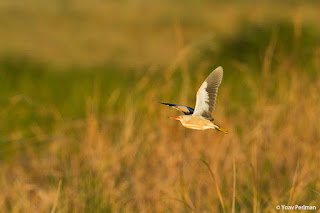 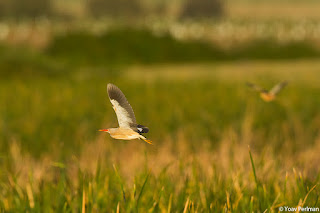 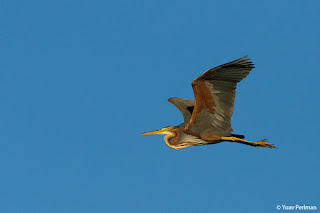 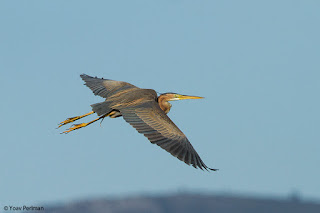 That's better... (sorry about the powerlines) 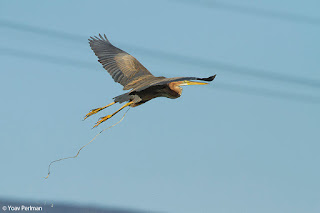 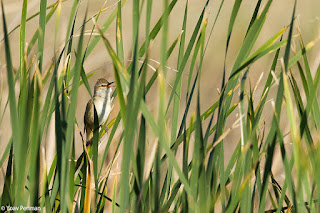 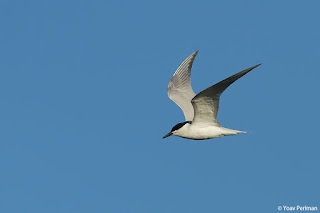