Another day, another Pallid Harrier

In recent days we worked in ZEPA (SPA) Llanos de Cáceres y Sierra de Fuentes. This region holds the largest number of Great Bustards in Extremadura, but even here they are declining. We did see some Great Bustards but avoided the large concentrations, not to disturb them while breeding. Life in Llanos de Cáceres is hard enough with overgrazing and fences. We saw very few Little Bustards, really sad and alarming. Other steppe species seem to be doing OK.
Birding highlights included mainly raptors. On May 7th Re'a found a 2cy female Pallid Harrier towards the end of our morning session, not far from Sierra de Fuentes. I finished mine and picked him up. As we drove out, my camera in the bag in the back of course, we saw a Montagu's Harrier attacking viciously another harrier - sure ID feature for Pallid Harrier... And indeed it was the same bird. We saw it very well but while I got my camera out of the bag both harriers flew away and into the sun. I fired off some hopeless photos at a silly distance. I think that with some imagination you can actually see the face pattern and pale primaries... 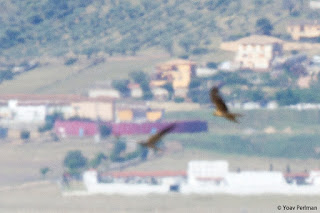 Quite cool to have a second Pallid Harrier in a just few days. However, I would trade both harriers for one certain vulture... Other birding highlights included the first Spanish / Iberian Imperial Eagle of the trip (somehow we succeeded not to see any till this one), and a Spotted Crake, a local rarity. 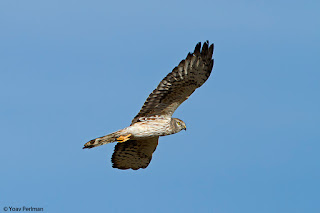 Several pairs of Booted Eagle breeding around the park: 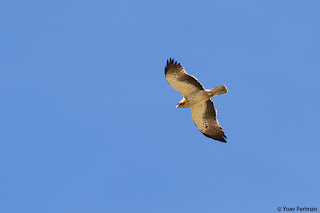 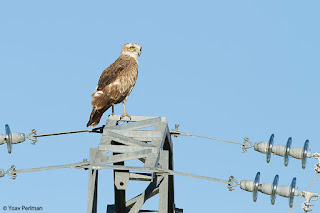 First Honey Buzzards of the trip: 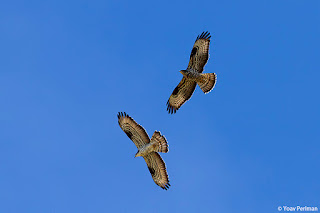 From now on I should use the brilliant Spanish term 'bimbo' for tick - trip tick, lifer, Spanish tick etc. - from now on bimbo it will be. This term was given in the 1970's by Catalan birders - the Spanish bread producer Bimbo had albums with collectible stickers.

Yesterday we had our day off. Early morning we went birding in the mountains south of Oliva de Merida. Our main aim was, again, Cirl Bunting and Western Orphean Warbler. And again we failed. We heard one warbler and Re'a glimpsed it, but no sign of bunting. The hunt continues...
Hundreds of vultures roosted on the cliffs above. When they took off it was quite impressive. 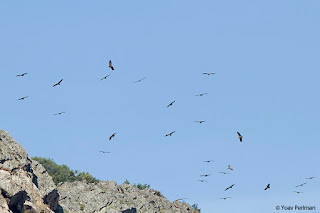 In the afternoon we met up with Marc at Alange. We dipped on a Pec that had been found on the Embalse a day earlier, but at last scored with my bimbo White-rumped Swift. Two birds were seen well flying high above the castle. They kept their distance so no photos, but I was very pleased to see them. Thanks Marc!

Some other birds and butterflies from recent days: 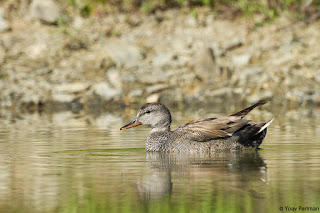 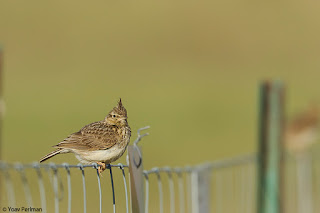 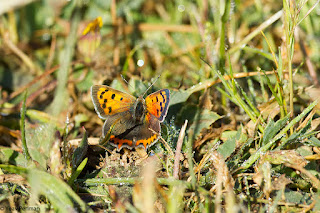 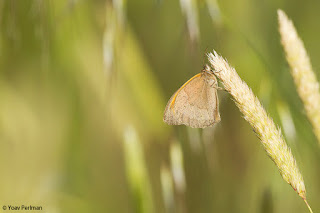 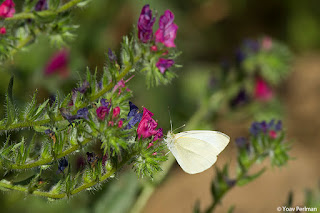