This is an unusual post as it doesn't include any direct observations or photographs of wildlife. And the images in it are of lesser quality than average. But on Saturday, after my talk at Norfolk Birdfair on some cryptic and little-known Israeli birds, I met a person I had wanted to meet for a long time. And he made such an impression on me that he deserves a blogpost of his own. It was Gary Prescott Biking Birder. It was one of those encounters that after ten seconds of conversation I felt like we're life-long friends. Gary's personal and professional life story is outstanding. His passion for birding and conservation is infectious. We talked and talked and very quickly our conversation was about Martin Garner - fond memories, including an understanding that are pathes actually had crossed while wasting time in Lerwick looking for an OBP in an October afternoon. 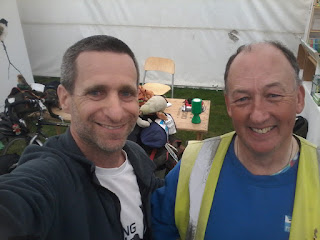 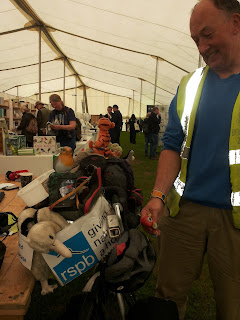 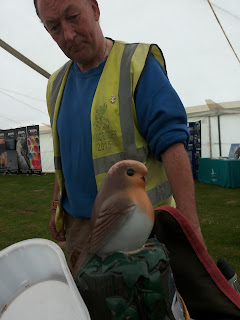 Looking forward to our next meeting Gary - in October for the Shetland Bird Festival, or in March with your Zero Carbon Champions of the Flyway team!
פורסם על ידי Yoav Perlman ב- 4:21 PM