Another great day on and off Vancouver Island. In the morning we headed up towards Mt. Washington Alpine Resort. Right on top there was still lots of snow and rather few birds around. 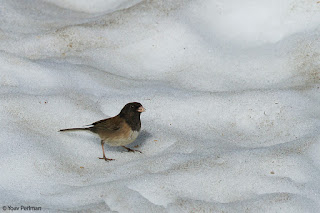 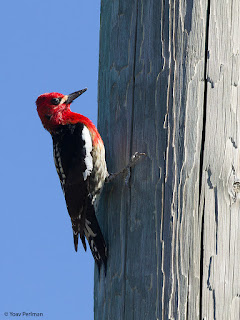 In lower elevations there were more birds but the forest did feel somewhat dormant. Ruby-crowned Kinglets were abundant: 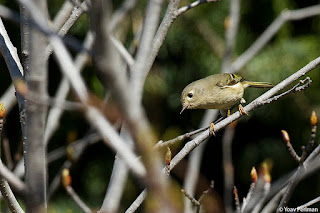 We had both Steller's and Gray Jays. Steller's Jay is a very charismatic bird: 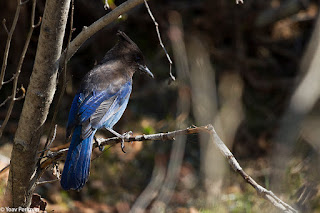 Other nice birds were the beautiful Chestnut-backed Chickadees, a Rufous Hummingbird and that's it.

In the afternoon we joined a whale and wildlife tour out of Campbell River. We first headed south and rather quickly connected with two or three superb Humpback Whales that spent some hours south of Quadra Island.They did mostly shallow dives so we had only few tail flips but they were very impressive. At first they were quite distant: 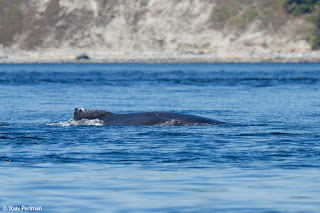 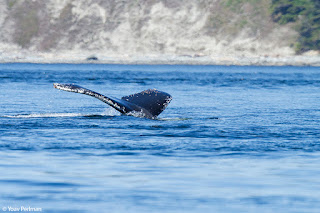 But then they came to check us out and surfaces maybe 30 m away from us. Incredible. 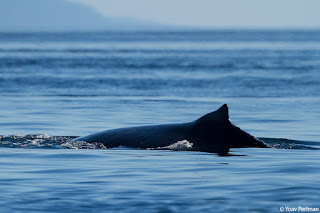 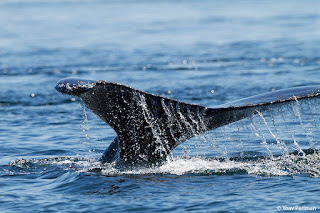 There were lots of birds in that area. Many hundreds of loons, and tons of ducks and alcids. There were about 15 Rhinocerus Auklets in that area but the only alcid I managed to photograph was a Common Murre: 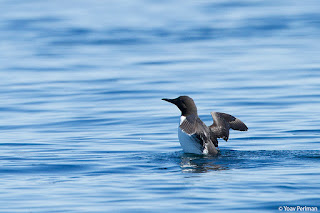 On Center Island both sea lion species were present, though on different parts of the small rocky island. Steller's Sea Lions are huge! Males are real Behemoth - they weigh up to 1.5 tons! This bull looked very pleased with a harem of 7 females: 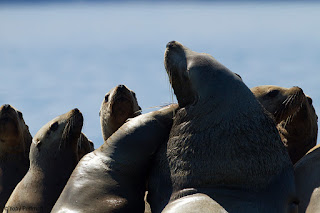 California Sea Lions are much smaller and not such beasty animals. The males have this distinctive pale patch on the forehead: 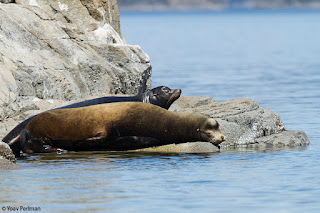 I want a harem too! 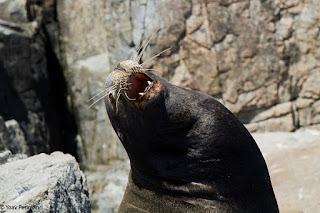 Our tour continued into the beautiful Bute Inlet. We searched for bears hard, but no luck today. There were plenty of ducks, including more Harlequins and Barrow's Goldeneyes. But the avian star of the afternoon was undoubtedly Surf Scoters. We had large numbers, are the good views they offered demonstrated what spectacular birds they are. That white eye of the male is stunning: 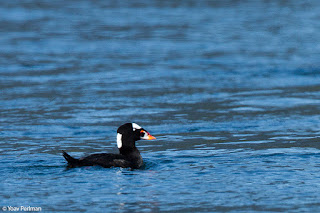 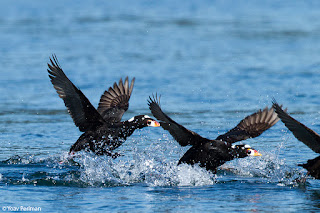 Check that red leg of the male: 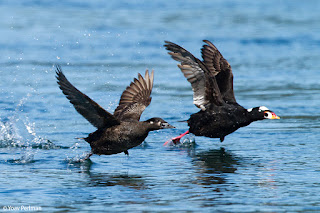 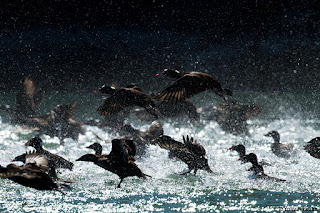 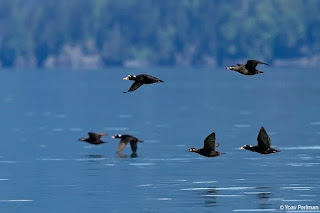 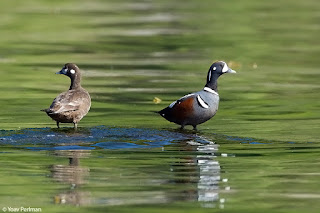 We also had some Pacific Spotted Seals (Harbour Seals) and a few Dal's Porpoises. 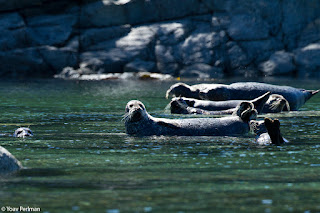 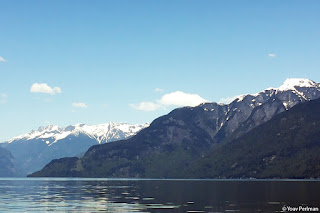 Back in the harbour this Bald Eagle greeted us: 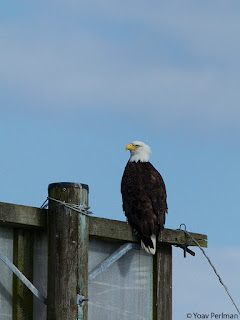 While having dinner we saw some Marbled Murrelets swimming close in so I had to improve my photos slightly: 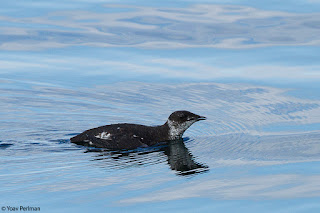 Just a few shots of Glaucous-winged Gulls for my Larophile friends. Adult with very worn primaries and hardly and white spots left: 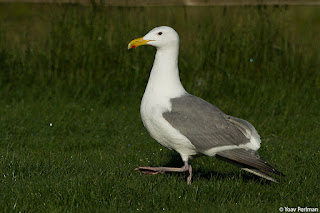 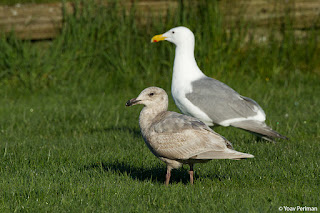 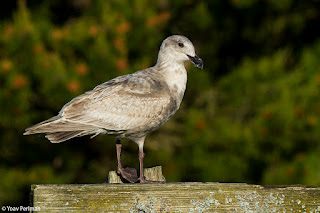