Because today was another relatively slow day, time to catch up with the Black Bear experience we had a few days ago. We took an afternoon boat trip out of Tofino, that became the obvious highlight of the whole trip so far. Fairly soon after sailing off I spotted our first bear of the trip. As bears normally do this time of year, it turned over rocks on the shoreline at low tide and fed on crabs sheltered under the rocks. This is a very important and reliable food source for the bears after the long hibernation. This bear (hard to determine its sex) was constantly followed by stalkers - Northwestern Crows and Glaucous-winged Gulls. 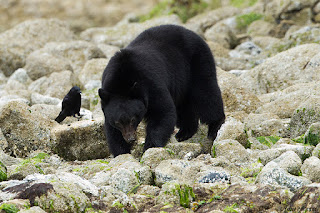 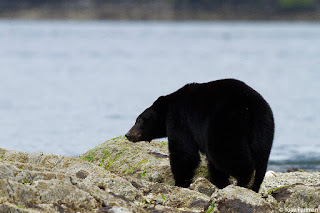 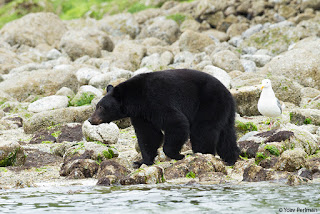 The second bear was a real poser. We followed it in a small bay that allowed us closer approach. The bear of course was well aware of our presence, but kept itself busy turning over rocks and feeding on crabs. It had this distinctive white patch on its breast: 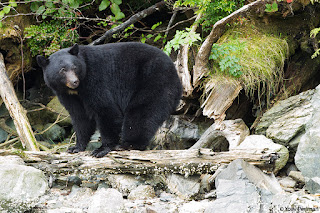 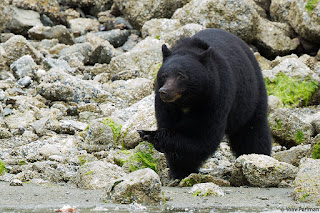 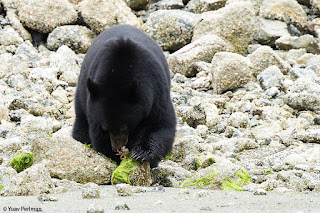 It often placed the crabs on a front paw and fed off it: 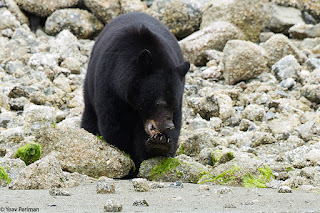 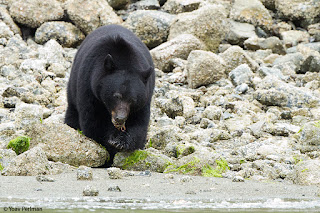 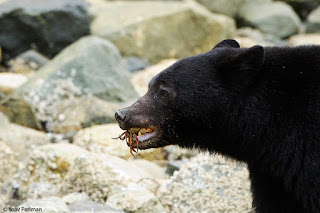 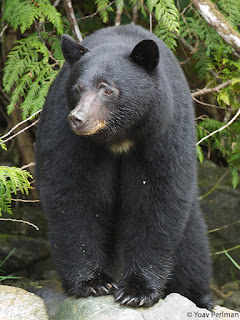 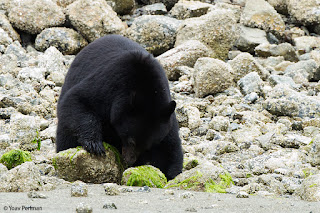 What an amazing beast! 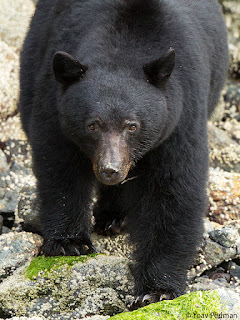 Bear #3 was more into feeding on grass - presumably to assist its digestion: 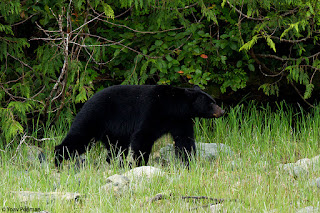 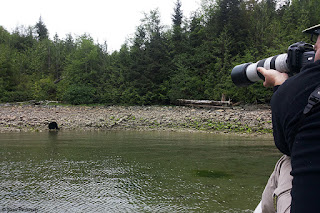 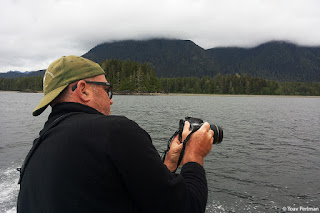 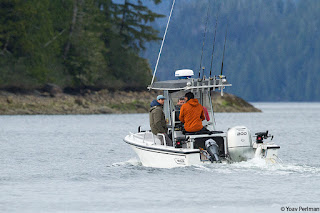 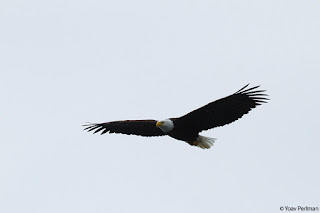 Today I checked Queen Elizabeth Park very early in the morning, and then Jericho Park later on and Spanish Bank as well. Still very slow migration - only few warblers (Audobon's, Wilson's and Black-throated Gray) and no other proper migrants. There were still a few calls I don't know so I guess I missed some stuff but generally it's very quiet. 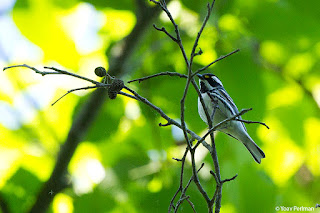 So what do I do to keep myself entertained when there are no migrants around? That's right! Cool common birds!

Belted Kingfisher (what a belter...) 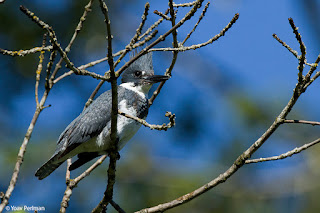 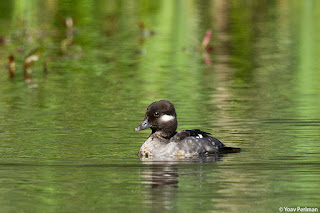 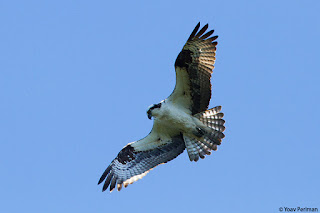 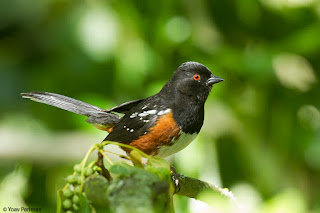