Steadier day today after yesterday's extreme. In the first half of the day I worked the fine, rough plateaus N of Castuera, along the EX-103. Until about 10:00 the sun was out, and the weather was lovely. The bustards I saw responded accordingly and were more amorous than yesterday. I had a few leks (all very distant, but thanks to Swarovski Optik for the fab scope) and they had a few females around them, showing interest in the more ambitious display of the males. I also saw some small groups of Little Bustards that were getting into business as well.
But at 10:00 the sun disappeared, and it became another grey, cold, wet and windy day. Still I had some more birds during the morning. Quite large numbers of Pin-tailed Sandgrouse were N of Castuera. Booted and Short-toed Eagles were in some numbers today. A few Montagu's Harriers, Lesser Kestrels, Little Owls, Cuckoos and some other stuff - not bad. Still no sign of migrants on the ground.
Booted Eagle 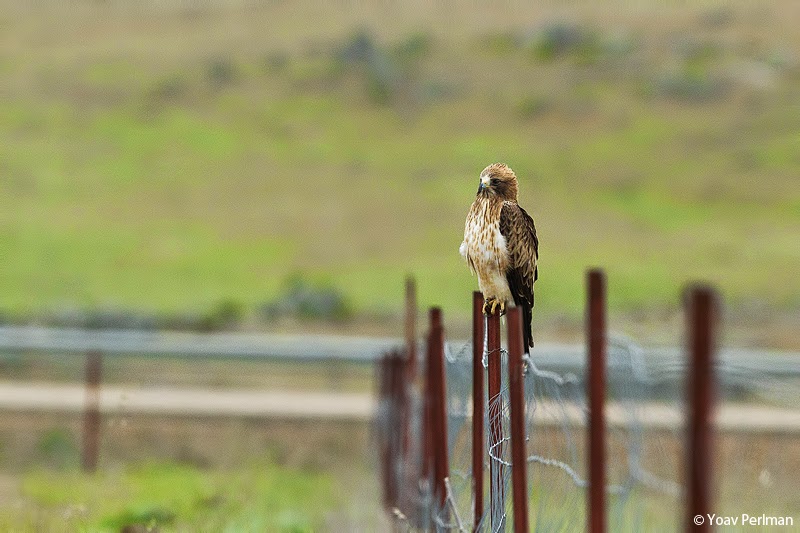 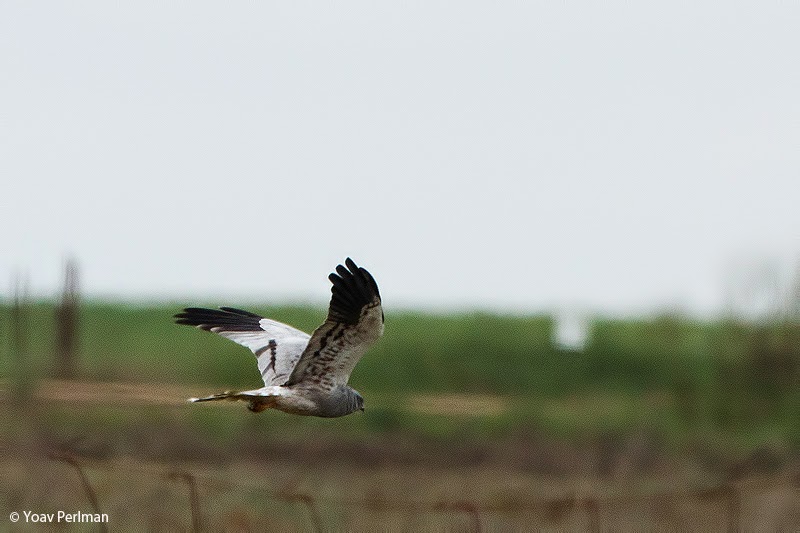 In this part of Badajoz there are fences everywhere, so all birds are either on a fence, behind a fence or in front of a fence.
Impressive densities of Calandra Larks on the rough steppes: 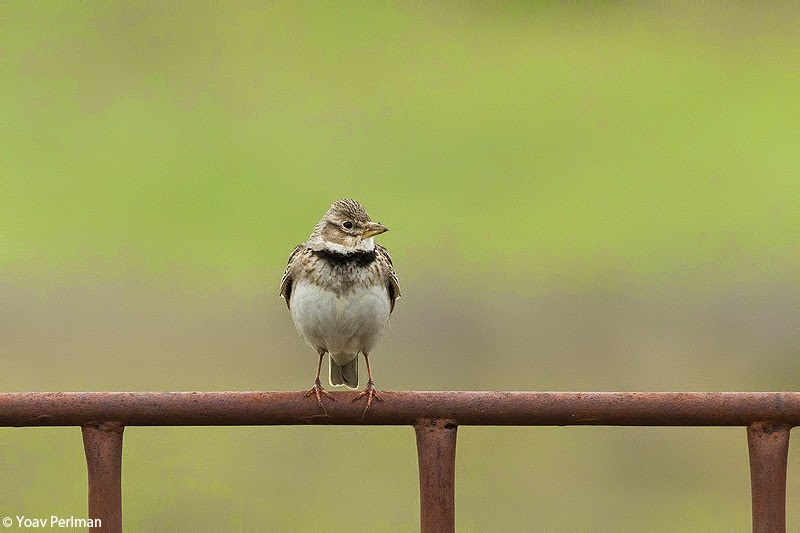 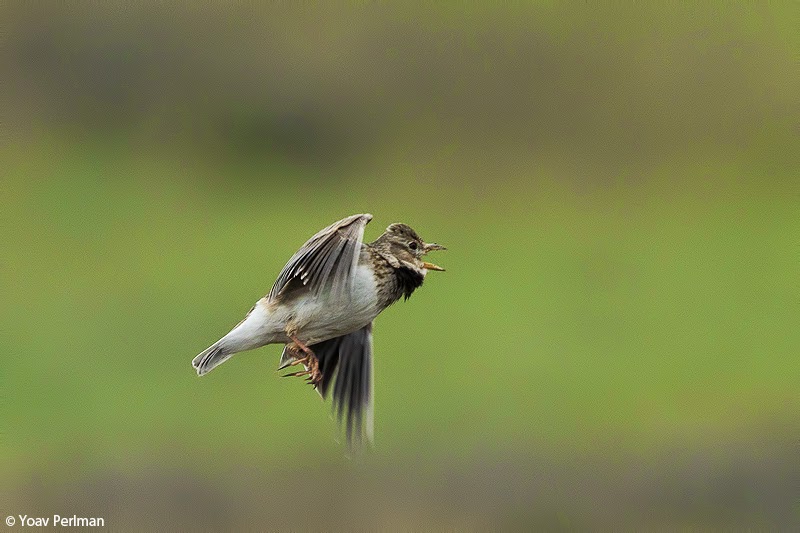 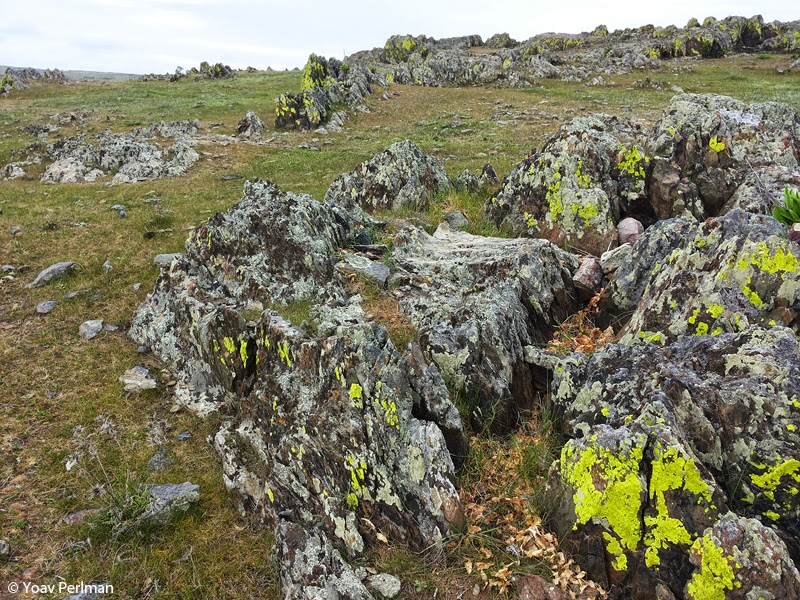 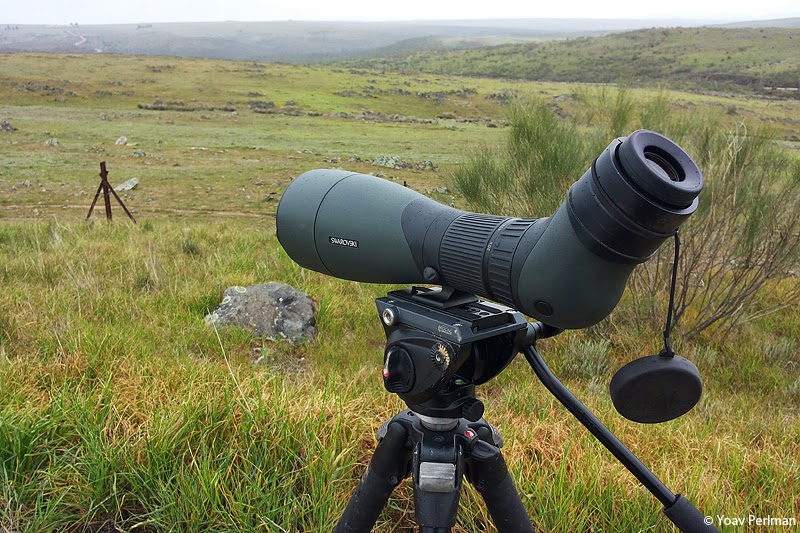 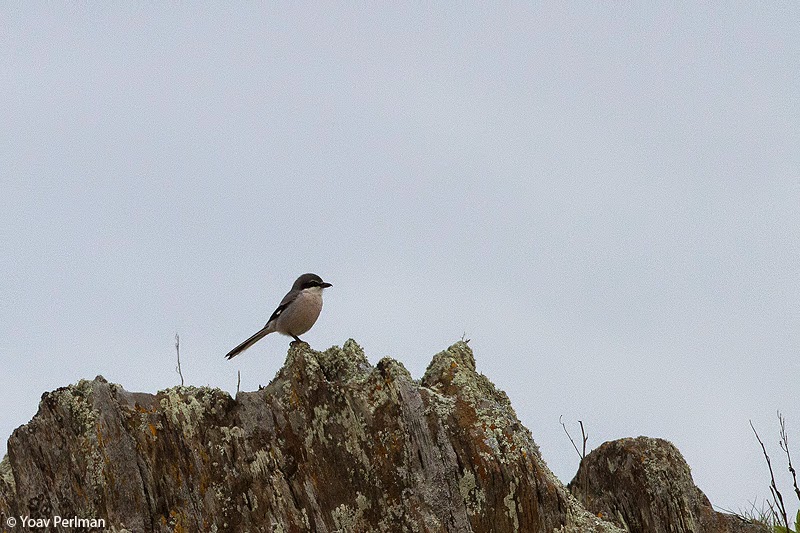 On the way back to Castuera almost hit an Egyptian Vulture feeding on a dead rabbit on the road. It sat there and waited for me to disappear. 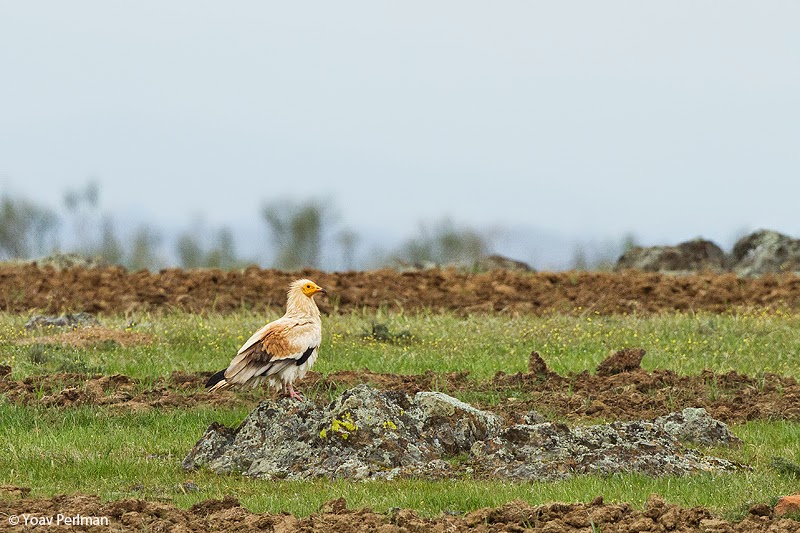 In the afternoon checked the ridge above Benquerencia de La Serena, about 5km SE of Castuera (thanks Manuel for the tip!). Finally managed to get first views of Black Wheatears (tick). There's a territorial pair on the rocks above the village. They were very mobile and shy. Maybe for them it's easy to fly 500 meters back and forth along the ragged ridge, but I worked hard! And in the end only got this record shot from a mile away. Very cool birds, but I have an unfinished business with them. I will get a proper image of you, I promise!
Black Wheatear 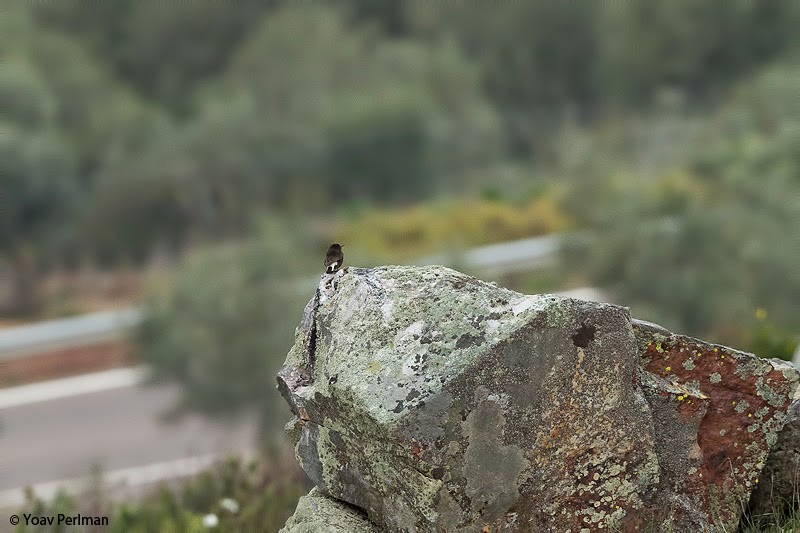 Other typical mountain species there were Rock Buntings, several Blue Rock thrushes, many Crag Martins, and another Egyptian Vulture.