This morning I went birding with Quentin along the N coast. Beautiful day with spring temperatures and good sunshine. Used the lowest ISO levels in a long time. We started off searching for the first-winter Iceland Gull that had been present around Weybourne for the last week or so. It eluded us for a while but eventually we pinned it down on the beach, near the public carpark. It showed very well. Nice bird - this is only my second ever, and today's views were much better than the rather brief flyby views I had last time. We watched it quietly until it was flushed by dog walkers and landed in the water. 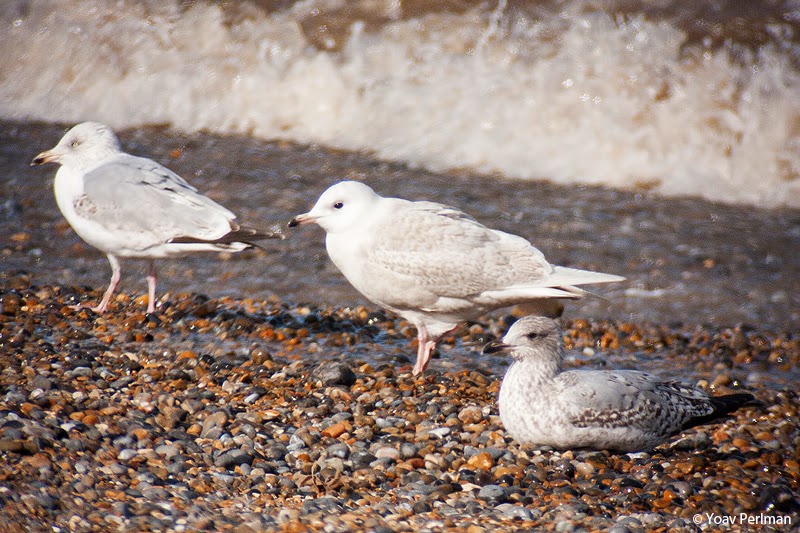 And these are with my regular camera: 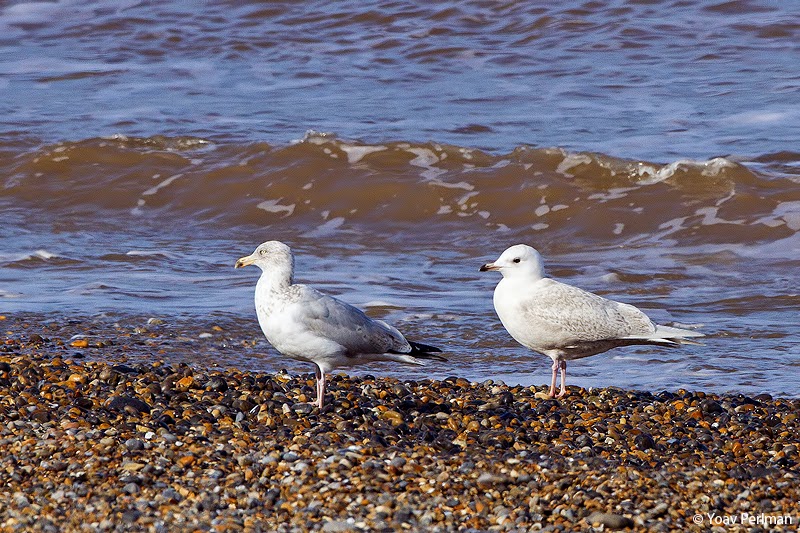 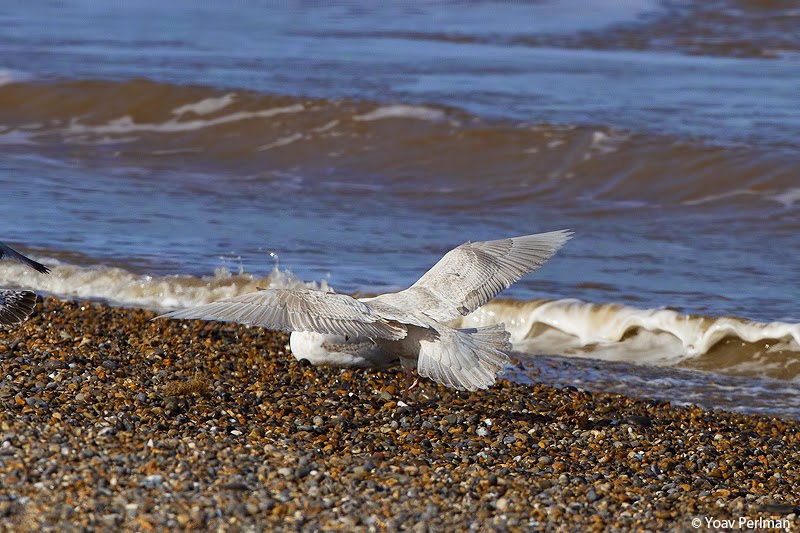 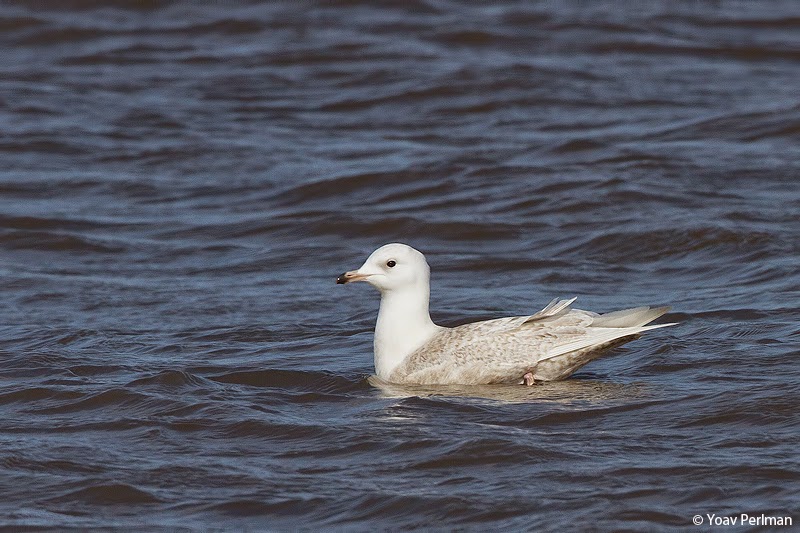 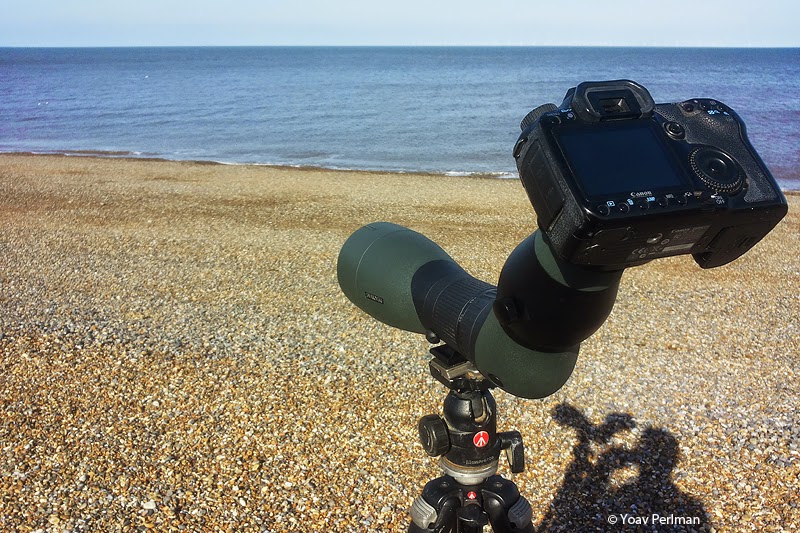 While searching for the gull we bumped into four Purple Sands in Sheringham, but not much else.
After we were satisfied with the gull, we had time for a quick look at Cley. There were many birds in front of the main hides but nothing interesting. Impressive flock of about 400 Golden Plovers but no americans among them. 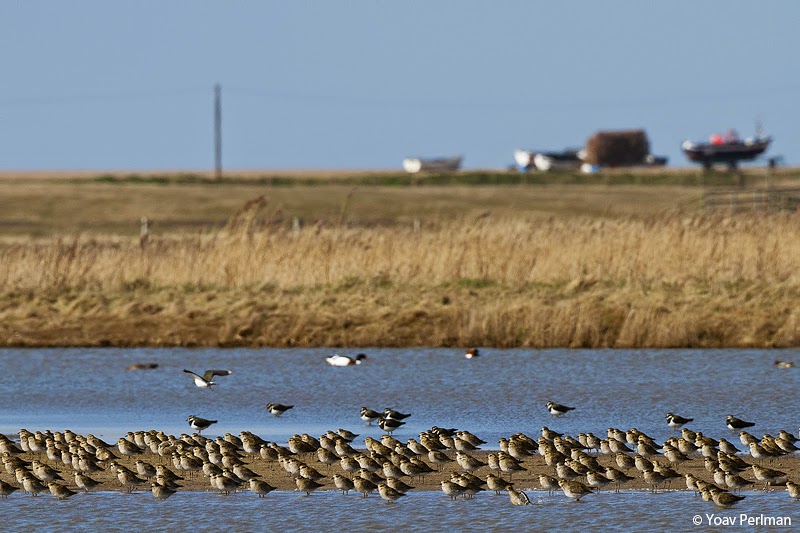 Along Beach Road there was a nice flock of about 700 Brents; no blacks or pale-bellies among them either. I suppose they will be off soon. 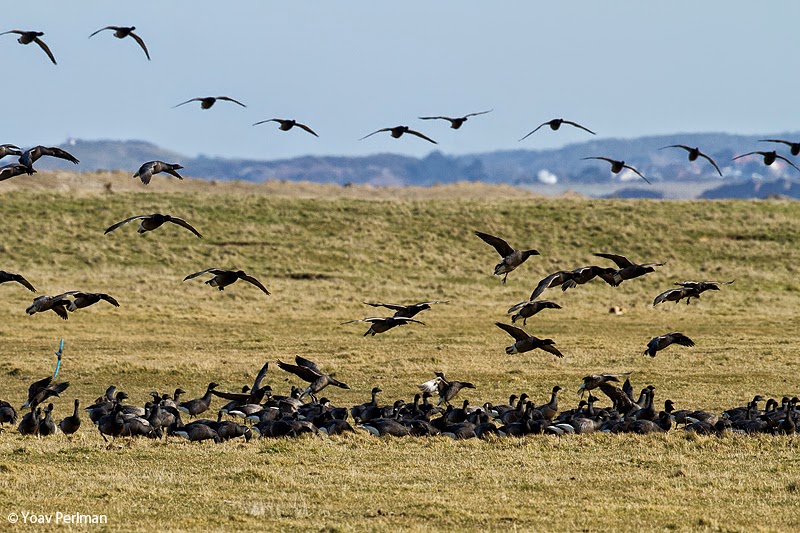