Another full day out in the field doing bustard work. Today we wroked in Campiña Sur, in SE Badajoz. We worked in some leks in this extensive cereal bowl. Intensively cultivated landscape, but still holds a good amount of bustards. We had about 100 males today - not bad. Unfortunately, in normal fieldwork conditions, there are no photo opps of bustards. Either they are too distant, or they fly over from site to site: 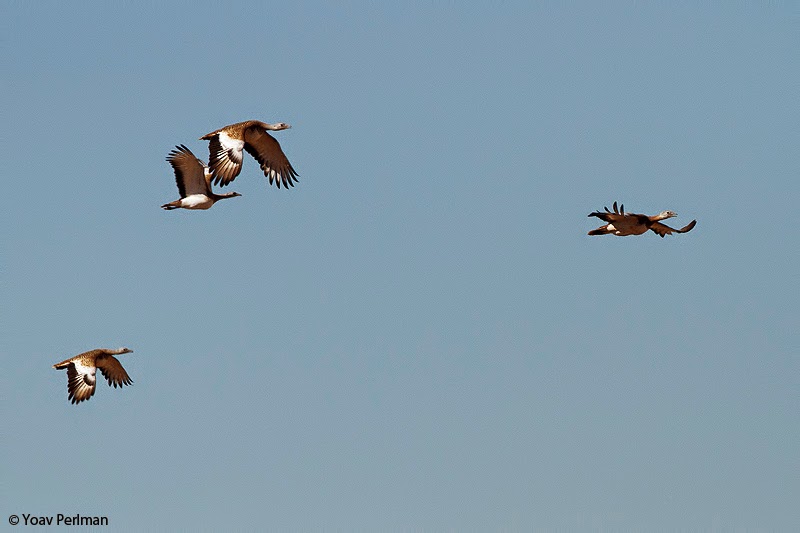 Had too few Little Bustards, but this displaying male was nice: 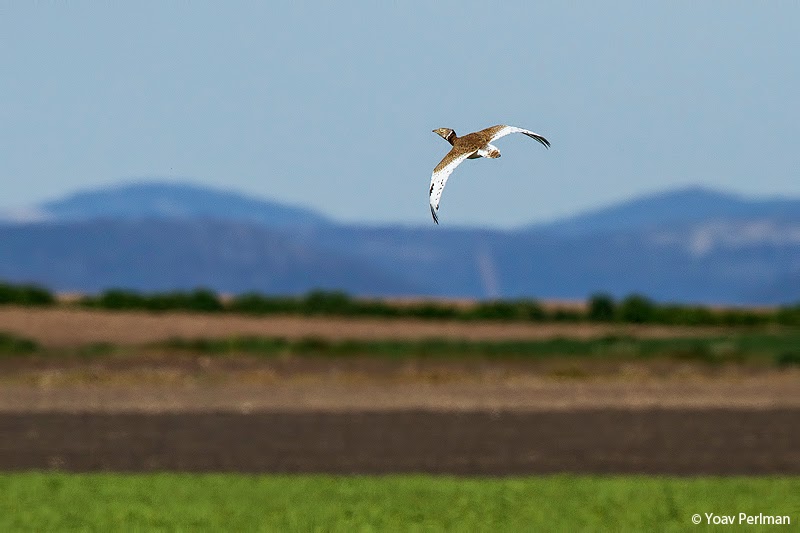 In the afternoon we spent some time near La Encinilla, west of Campillo. We enjoyed great views of a pair of Spanish Imperial Eagles (lifer!). At first the male caught a partridge, and perched on a dead tree to eat it. Then the female joined, he passed the partridge to her, and she continued munching on the partridge. Very cool scope views but way too distant and into the sun so no photos.
Then we checked Embalse de Azuaga and the bridge where Rio Satillo crosses the road towards Andalucia. It's a good site for White-rumped Swift but they probably hadn't returned yet so we didn't see any. It was pretty good there though, with a couple of Choughs, and a Western Subalpine Warbler - never seen this subspecies before: In the evening we checked the wetland at Esparagalejos, NW of Merida, where a Crested Coot had been present for the last week or so. We couldn't find it but there were quite many birds around - about 10 nice and rosy Water Pipits, a couple of Yellow Wagtails (one was Iberian), and quite many shorebirds.
After dusk we looked for Red-necked Nightjars near Don Alvaro but none were present - they probably hadn't returned yet either.
פורסם על ידי Yoav Perlman ב- 10:55 PM