Today I officialy started my fieldwork season. My major project this spring is an ambitious breeding bird atlas of a very special habitat - Batha. It's chracterized by open rocky slopes with very thick but low plant cover (see image in the bottom of this post). This habitat is highly threatened in Israel. It depends on a very fragile equilibrium maintained by medium-level grazing and fire. Over most of the country this habitat has been developed or degraded through overgrazing on the one hand or undergrazing and under-fires on the other hand. Its unique bird species are all probably declining in Israel - Long-billed Pipit, Eastern Black-eared Wheatear, Cretzschmar's Bunting etc. but we don't have enough data on their population sizes and densities, distribution and trends. So this year we're doing southern and central Israel, and next year we'll do the north. I have a highly professional team working with me, and I will do quite a lot of fieldwork myself until mid May, so stay posted on how things are going with this project.
Today I checked the Batha at Lahav North reserve - one of my favourite birding sites locally. Arrived early and it was still crisp cold but already lots of birds singing at half light. During the morning I had three pairs of Long-billed Pipit. The females must be on eggs now as I hardly saw any - only once (see below). But the males were very vocal and performed display flights flying back and forth over the valleys and hills. As always, they were very mobile and difficult to photograph. 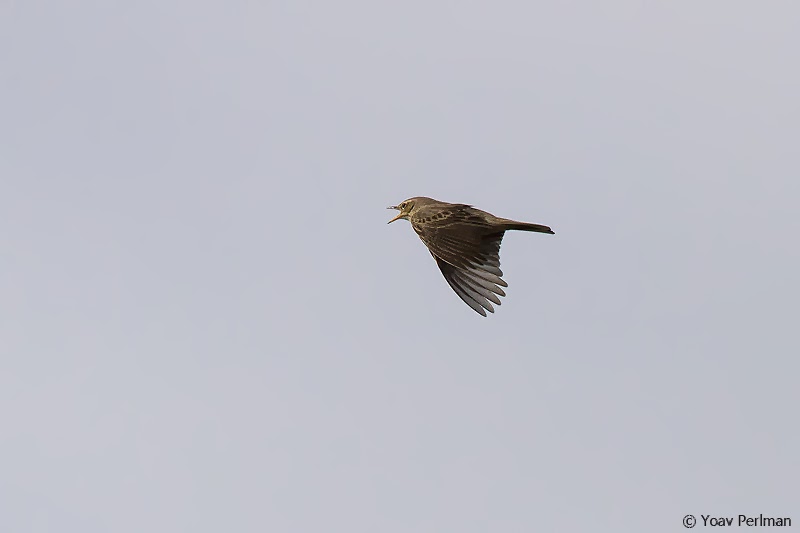 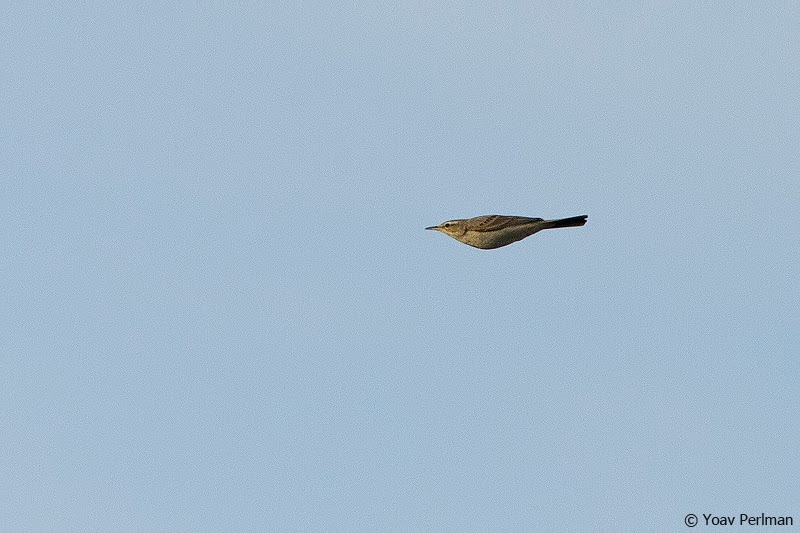 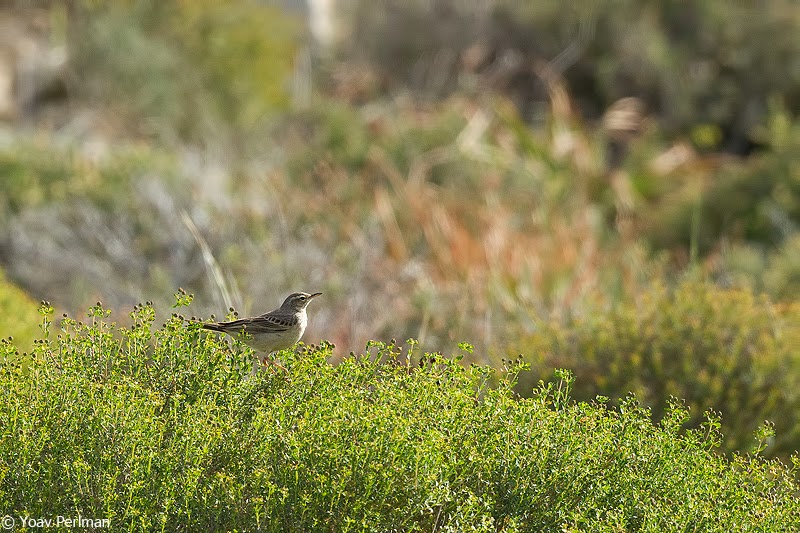 Good density of Spectacled Warbler - I had 12 pairs this morning: 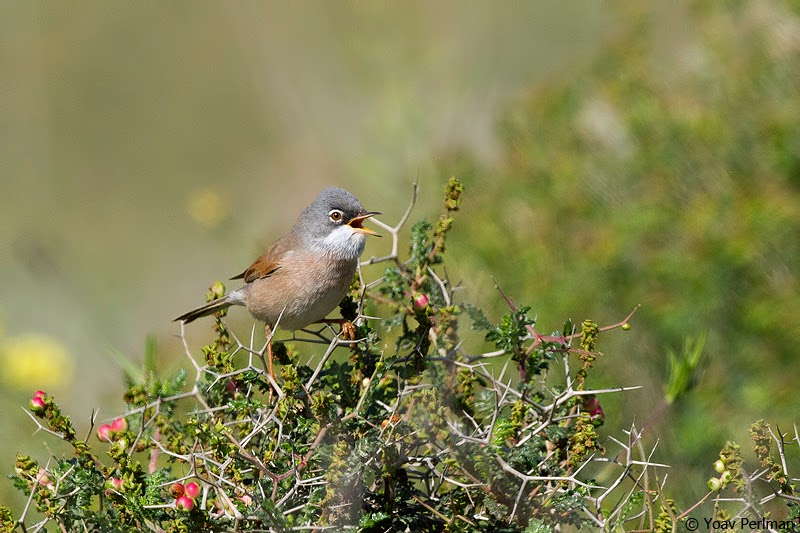 Summer visitors seem to be lingering - no Eastern Black-eared Wheaters yet, and only one pair of Cretzschmar's Bunting. The male landed near me for a second before taking off - crap photo of a lovely bird: 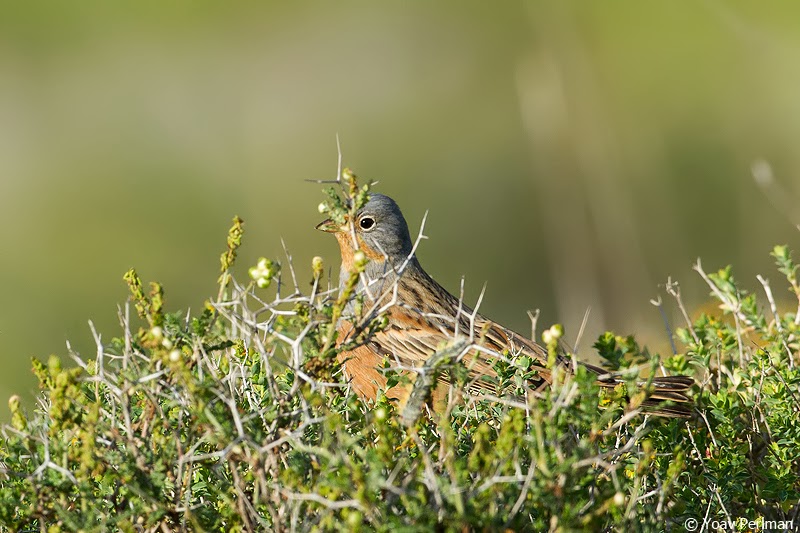 But definitely the best bird of the morning was this Wildcat. I noticed it thanks to a pair of Long-billed Pipits that mobbed it. Stood there for a second and then moved on. Very cool! 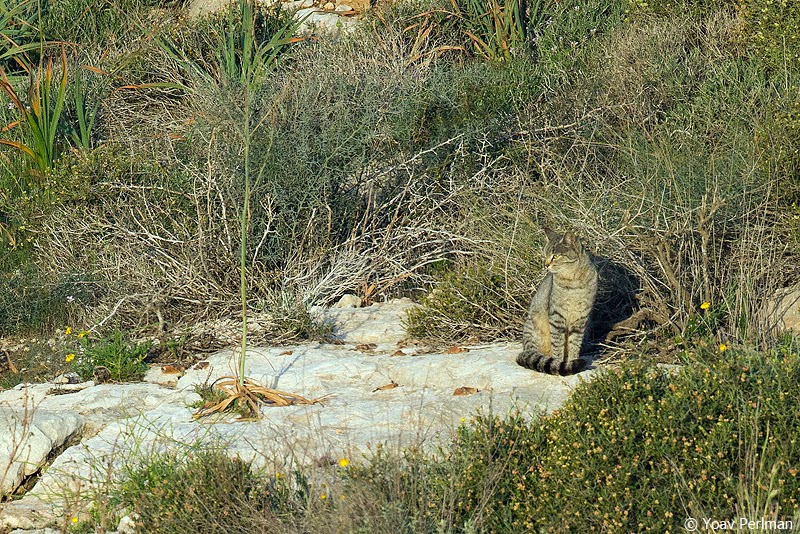 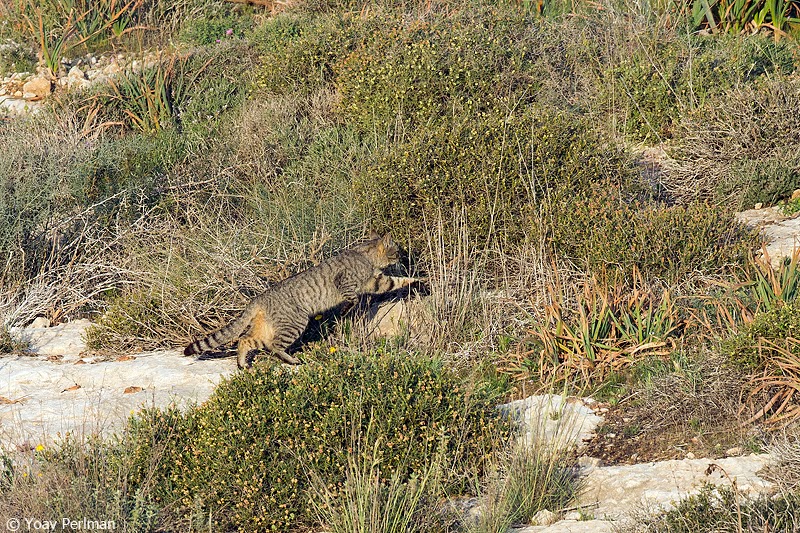 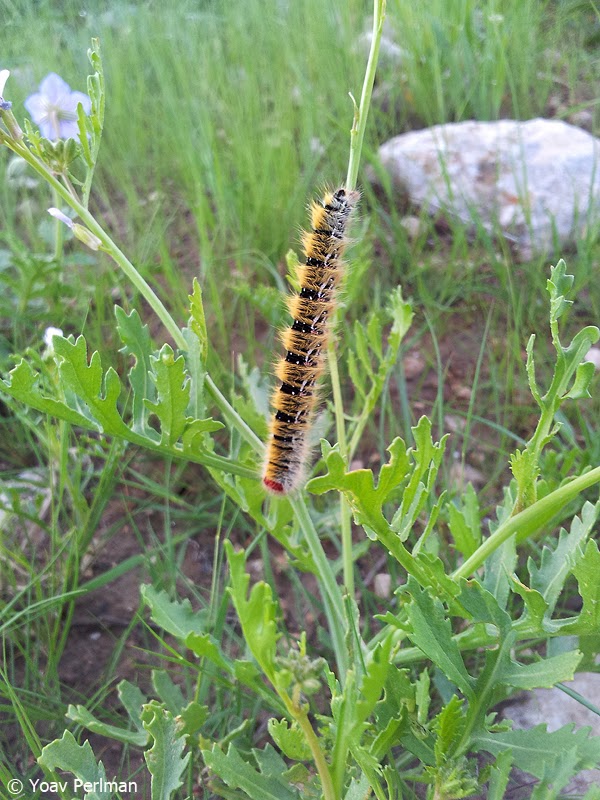 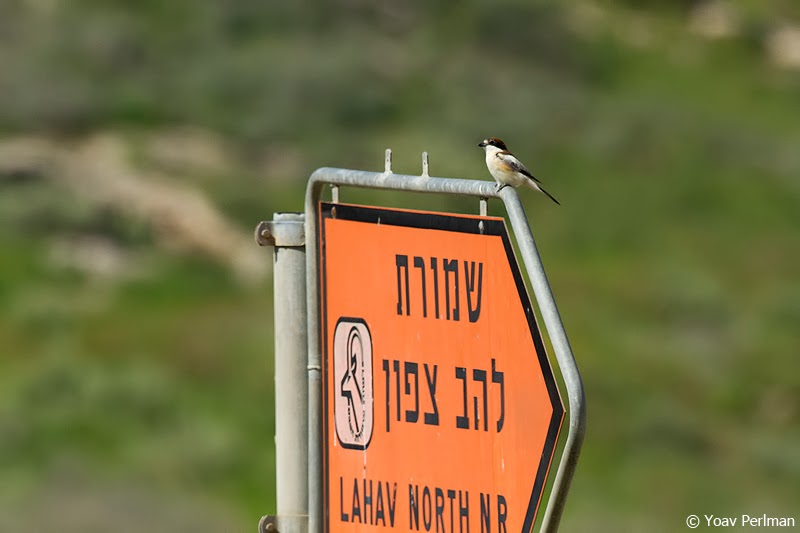 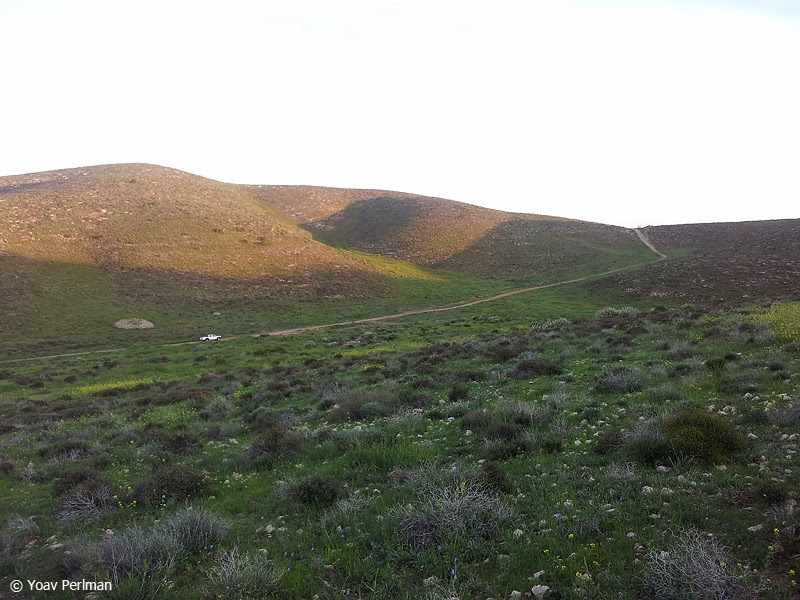