Champions of the Flyway - scouting day

Today was a really great day. Met up with all the teams who came over for the Champions of the Flyway bird race next week. Lots of old friends and lots of new ones - we had much fun and enjoyed good birding. For us leaders (Jonathan and myself) it was a tough day because our main target for today was scouting - showing the sites, talking about key species and best startegies. We had planned to make it up to Sde Boker but never made it up there because at every site we stopped there were so many good birds that the teams refused to return to the bus.
We started off at North Beach with Brown Booby, Striated Heron and Western Reef Egret. Then we checked KM20 saltpans that were packed with birds - many shorebrds including five Red-necked Phals, Citrine Wagtail, Namaqua Dove, Blue-cheeked Bee-eater etc. After breakfast we headed up to Yotvata fields. The Caspian Plover didn't show but lots of other stuff. Then up to Neot Smadar - the Pied Bushcaht was still there, plus we had a Richard's Pipit. 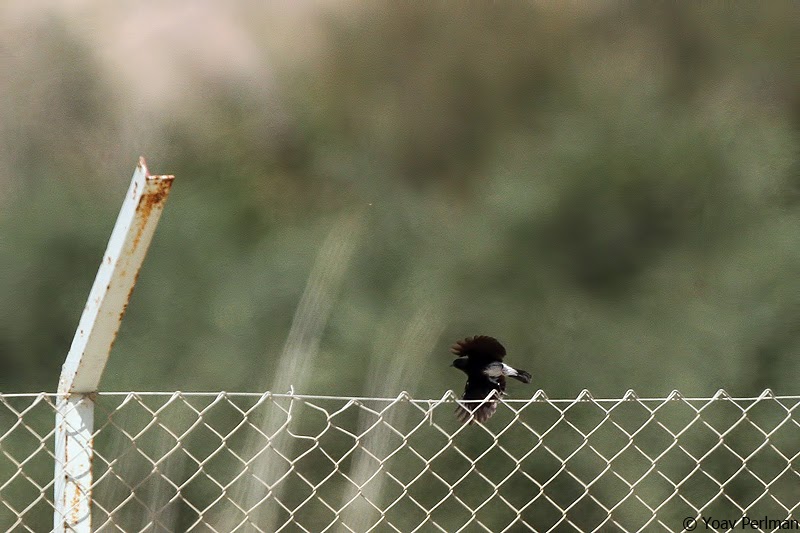 Then a midday visit to Uvda Valley was more productive than I expected with six Crowned Sandgrouse, and many wheatears and some Tawny Pipits.  Lunch stop at Yahel - lots of migrants in the garden there including Wryneck. 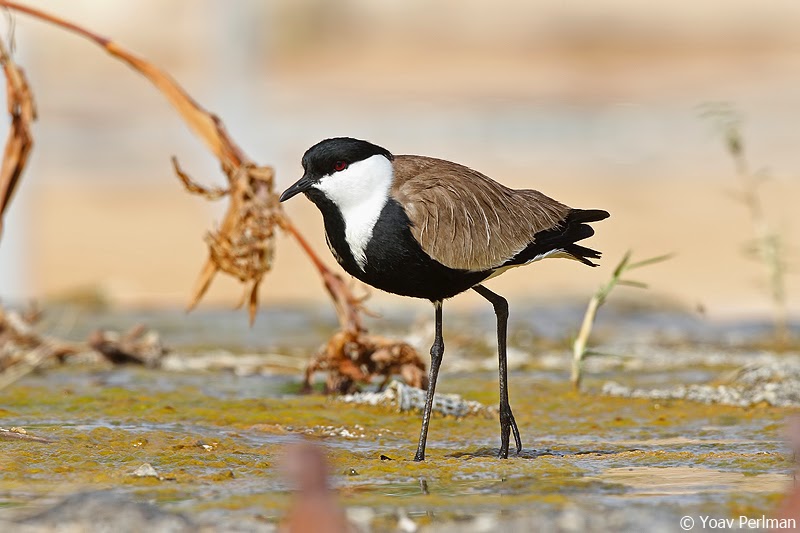 An afternoon visit to Wadi Ya'alon was great fun - it was hopping with migrants: six Sylvia species including about six rueppells, Masked Shrikes, bluethroat atc.
On the way back stopped quickly at Yotvata sewage that was packed with migrants as well. Lots of pipits and wagtails (including at least four citrines), shorebirds, Little Crake and just before leaving I found what was for me bird of the day - this very striking looking White Wagtail: very striking wing pattern with extensive white GC, MC and tertials, darker grey mantle than other albas, and grey flanks and breast sides. I don't know much about White Wagtail taxa, but from what I could find on the web this bird might fit eastern forms persica and dukhunensis. More on this to come. 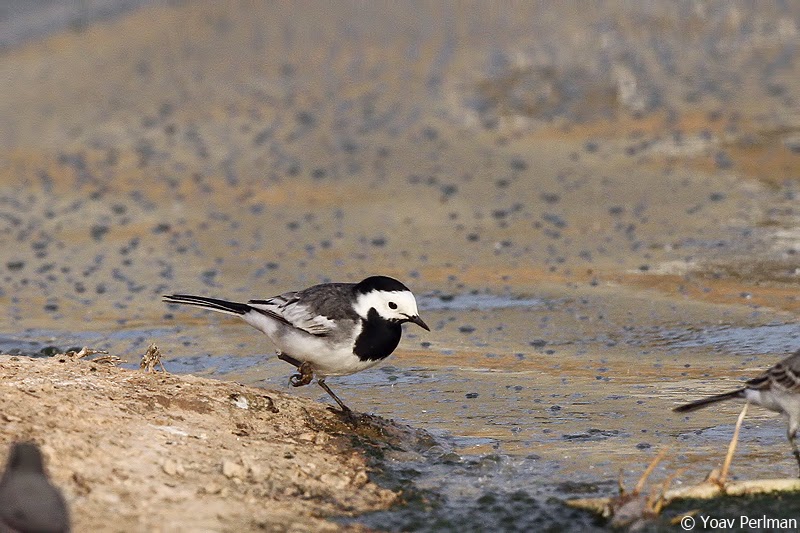 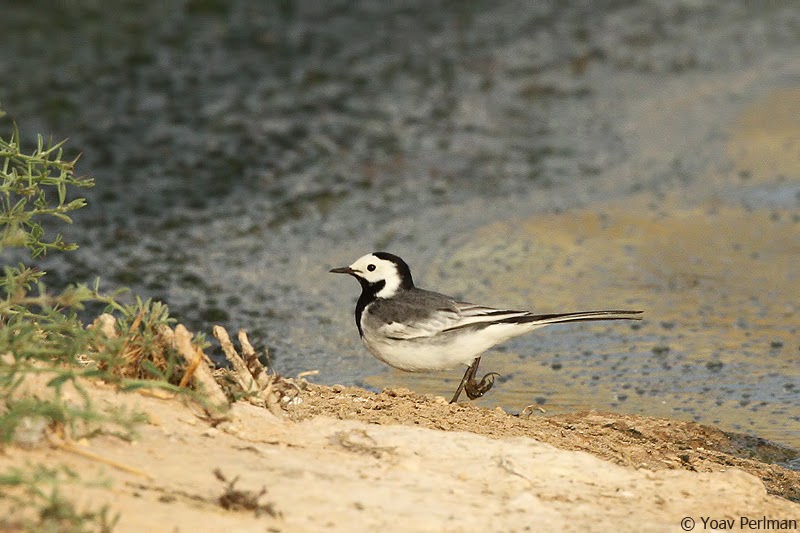 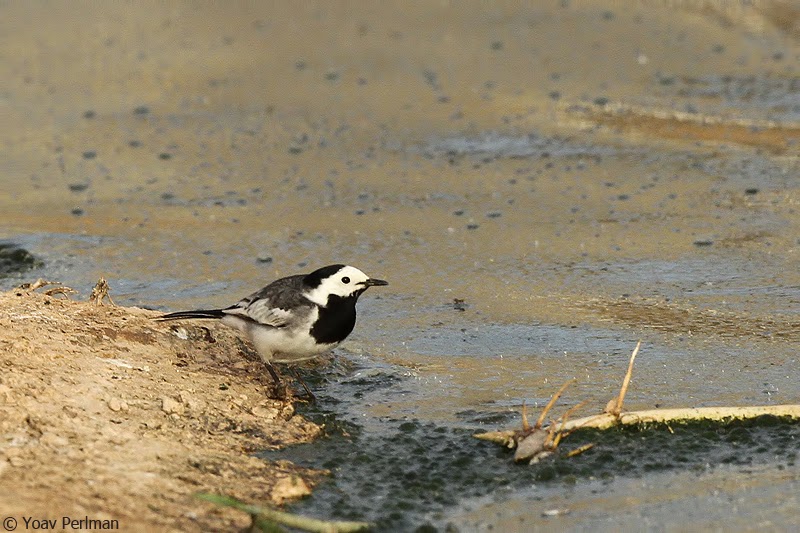 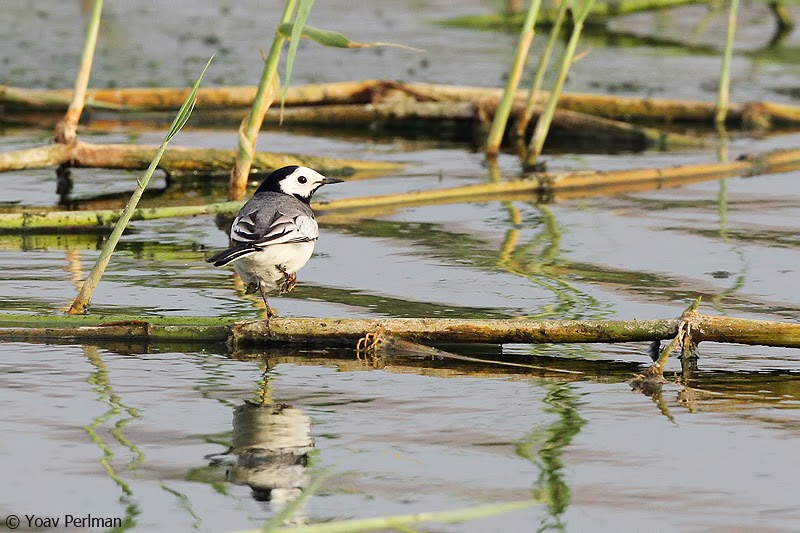 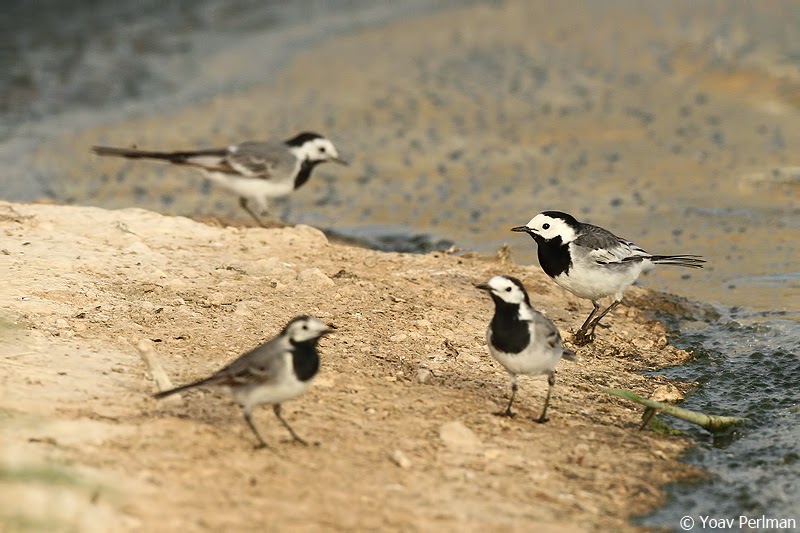 Watching the wagtail at Yotvata 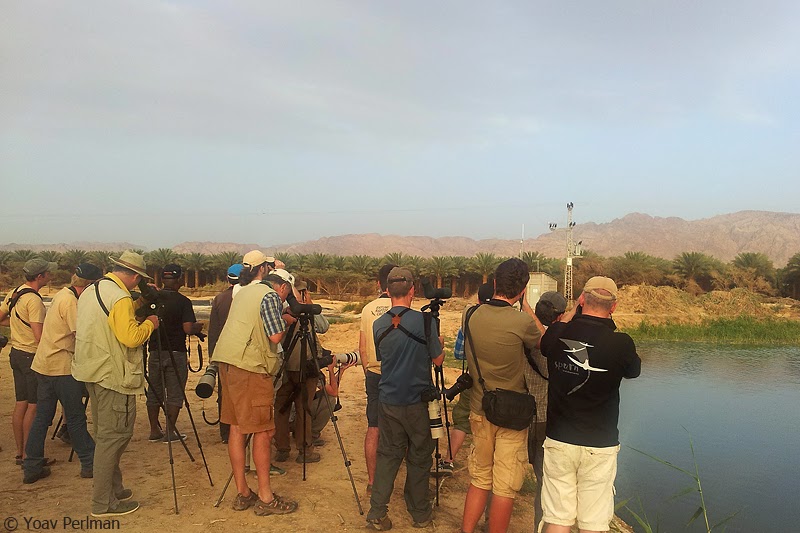