Had a great morning at Lahav North NR again today - did another breeding atlas box and had double pleasure - good show of the breeding species, and tons of migrants on the ground and up in the air. Started off early - the air was cool and clear, and immediately I was surrounded by three singing Long-billed Pipits. Had a very good morning for them with six territories, including a nest I found - no Cuckoo chicks in it, just three sweet LBP chicks (Cuckoos parazitise Long-billed Pipits in Israel). 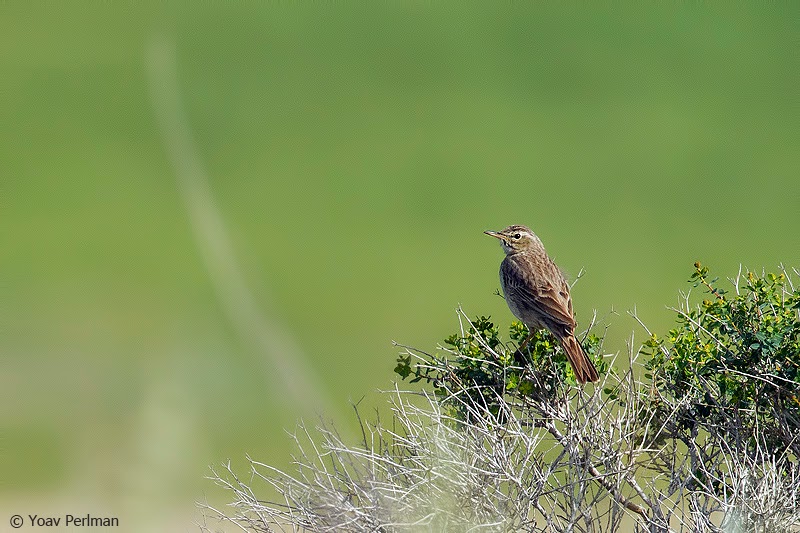 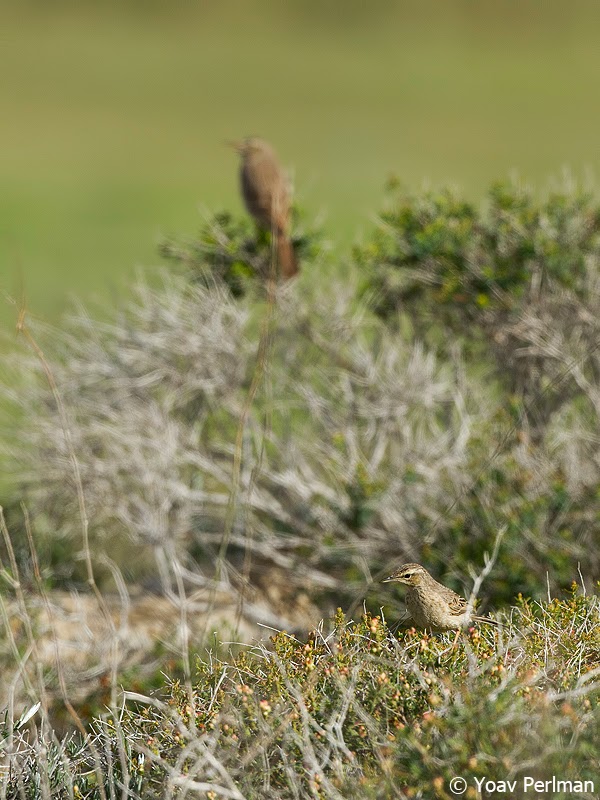 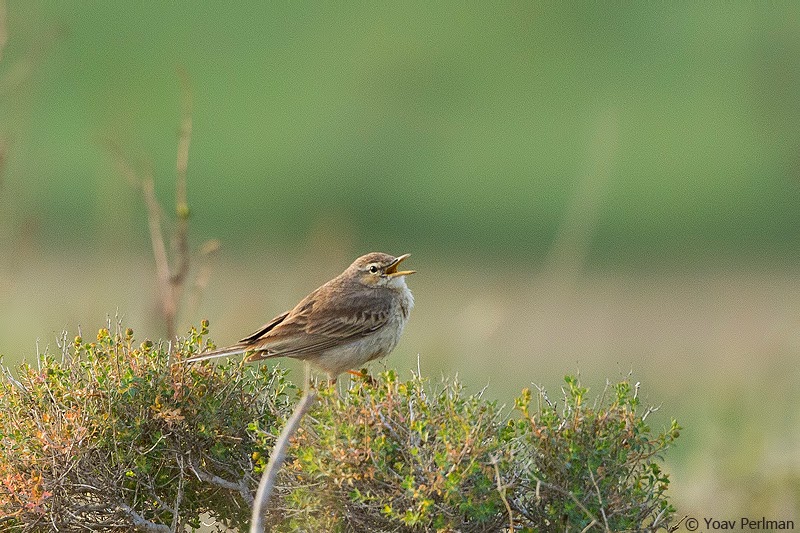 Other breeding species included many families of Spectacled Warbler, several pairs of territorial Cretzschmar's Buntings among the many tens of apparent migrants - difficult to tell who's breeding and who's passing through. Had only one singing Eastern Black-eared Wheatear - I was expecting more pairs: 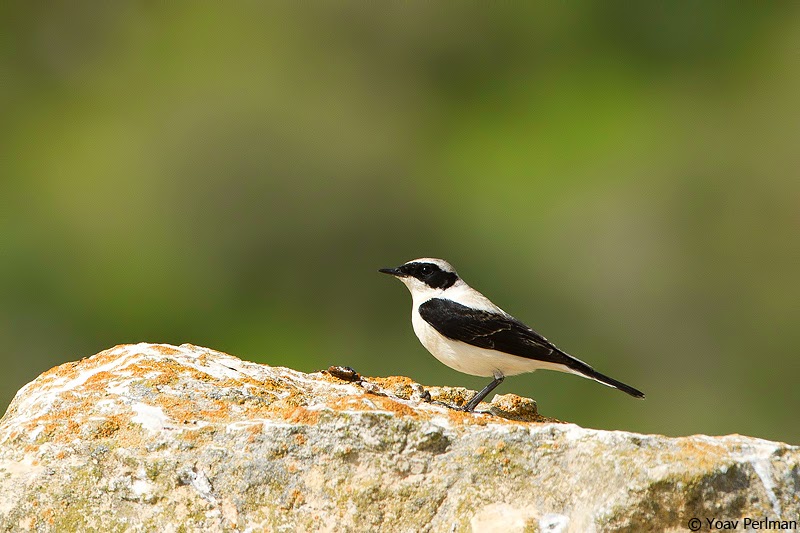 Corn Buntings are ubiquitous in the reserve: 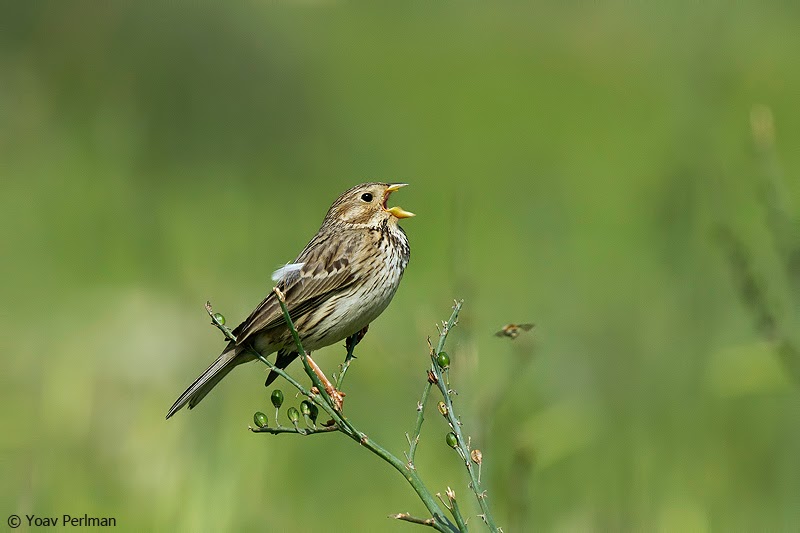 Many migrants were on the ground early in the morning. Highlights were flyover Cinereous Bunting and Syrian Serin, 15 Tree Pipits, and this singing male Rueppell's Warbler: 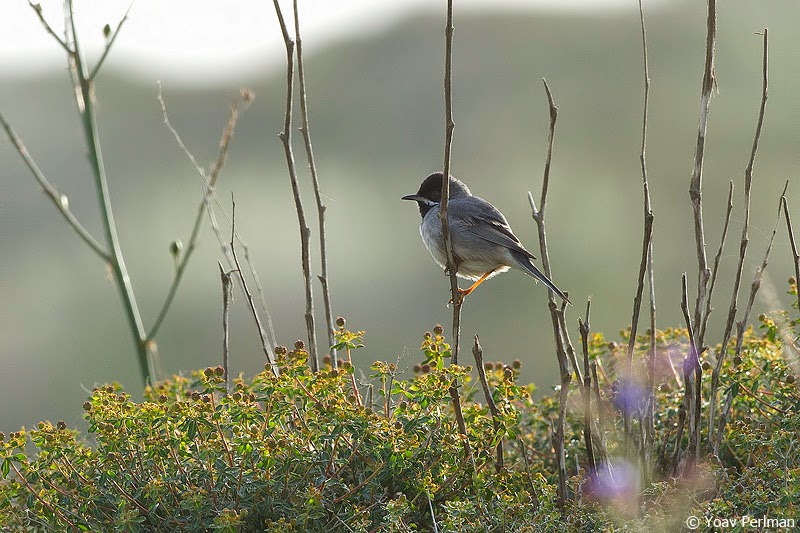 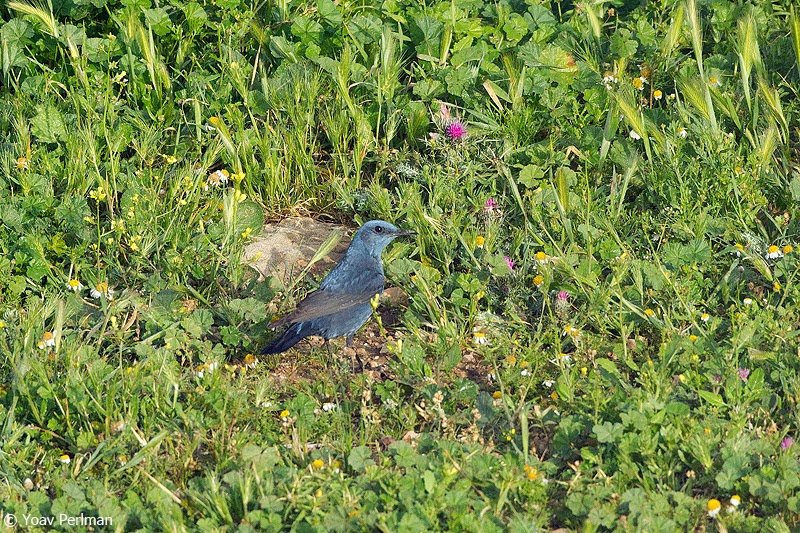 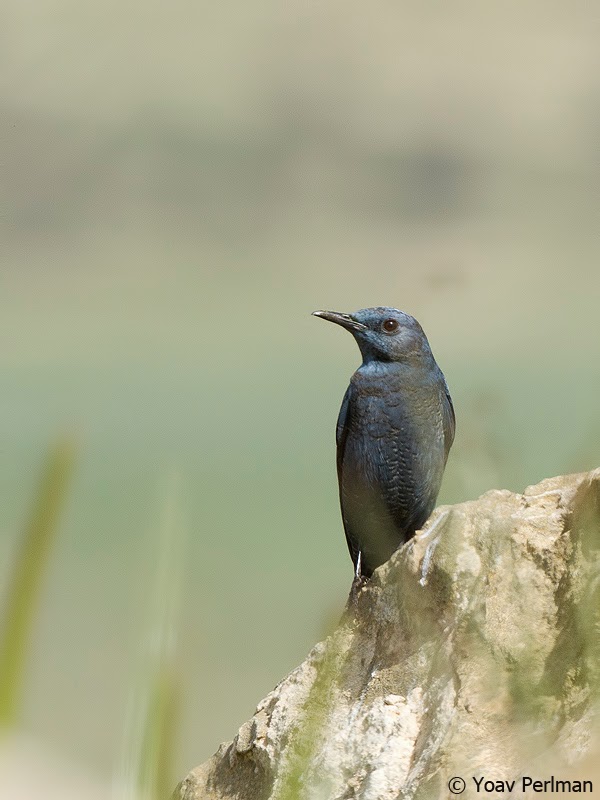 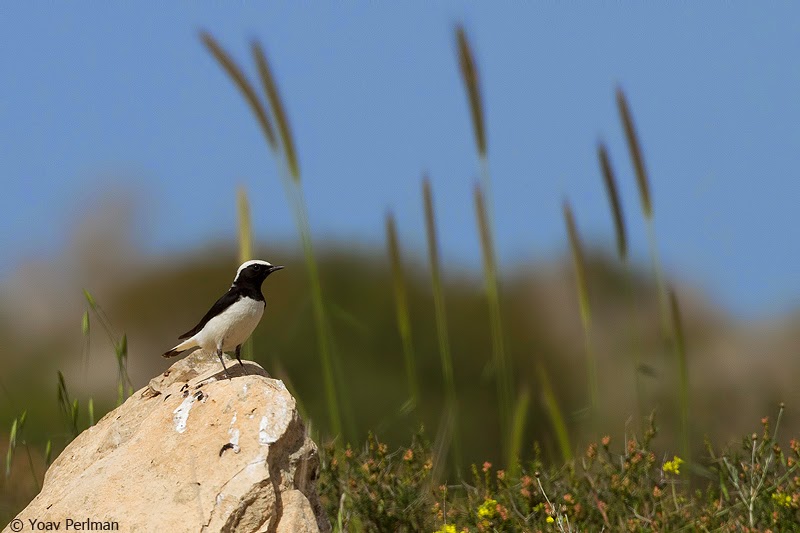 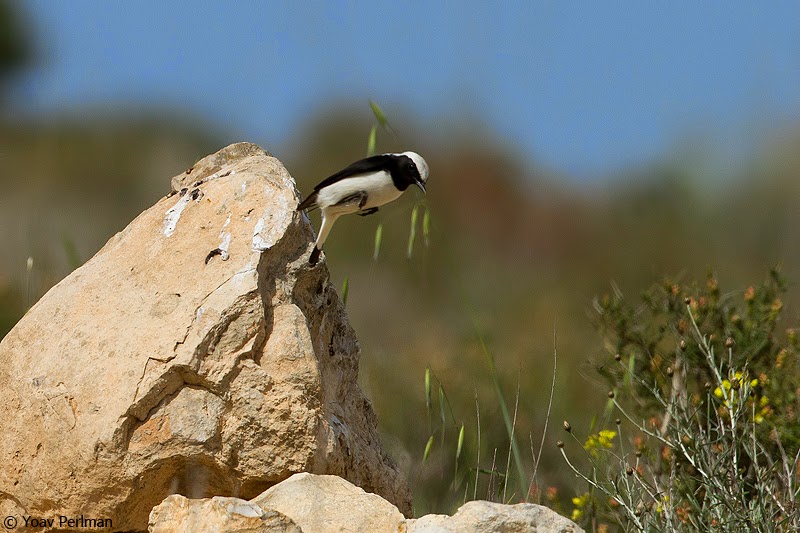 At about 08:30 the air heated up and the skies quickly filled up with migrating birds. Really impressive migration for the next couple of hours till I left - a few thousand White Storks, tons of Black Kites, 200 Lesser Spotted Eagles and 150 Short-toed Eagles, few hundred Steppe Buzzards, thousands of swifts (common, alpine and pallid) - fantastic. Sadly many of these won't make it through Lebanon, Syria, Turkey and the Caucasus - check this video and many other horrifying images here. The Champions of the Flyway birdrace in a couple of weeks is fundraising together with BirdLife International to prevent this - please contribute to this important cause! 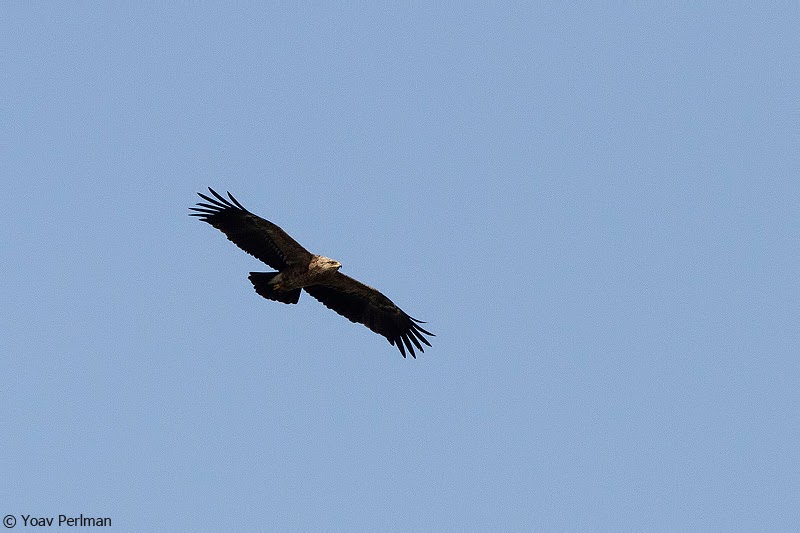 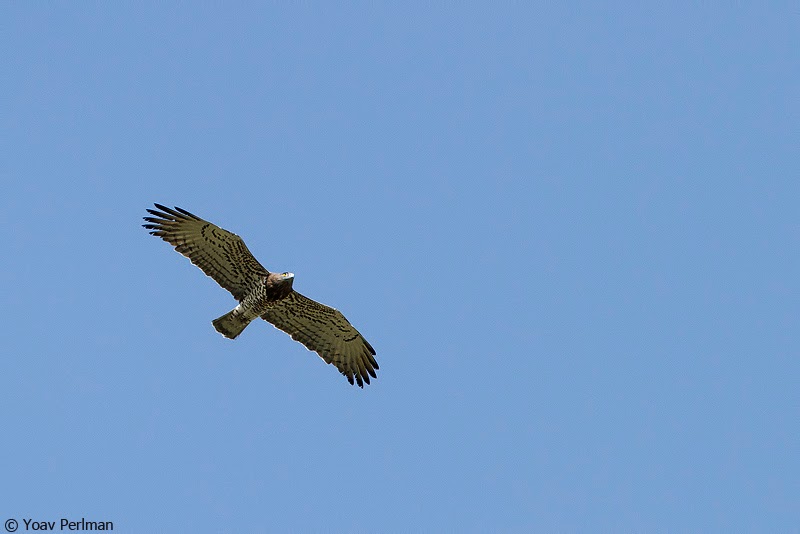 This long-legged Buzzard is one of the local breeding pair 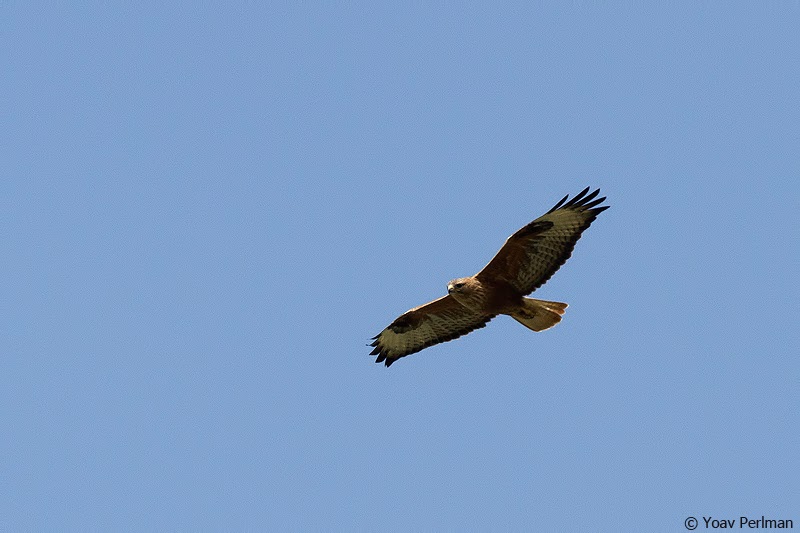 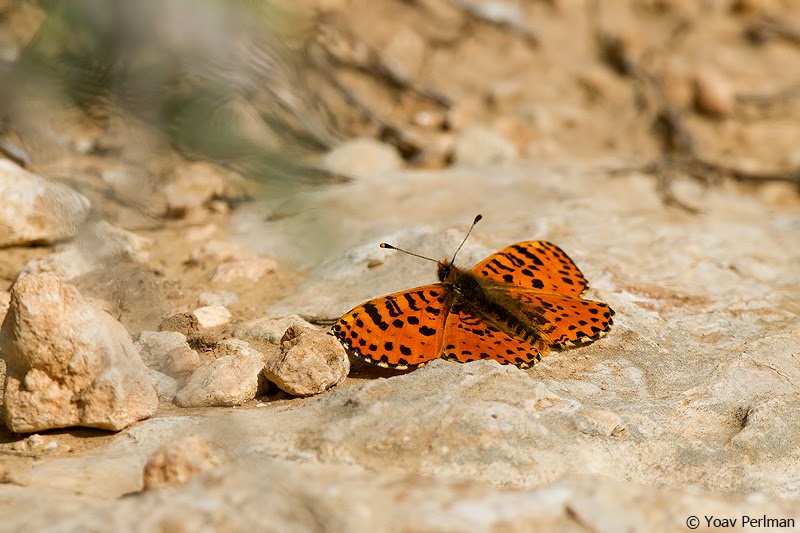