Joined the Eilat Festival today, and it was a super day indeed. Headed south in the morning, and through the C Negev (Sde boker area) there was very good Lesser Spotted Eagle migration going on - I had several hundreds, including some nice thermals: 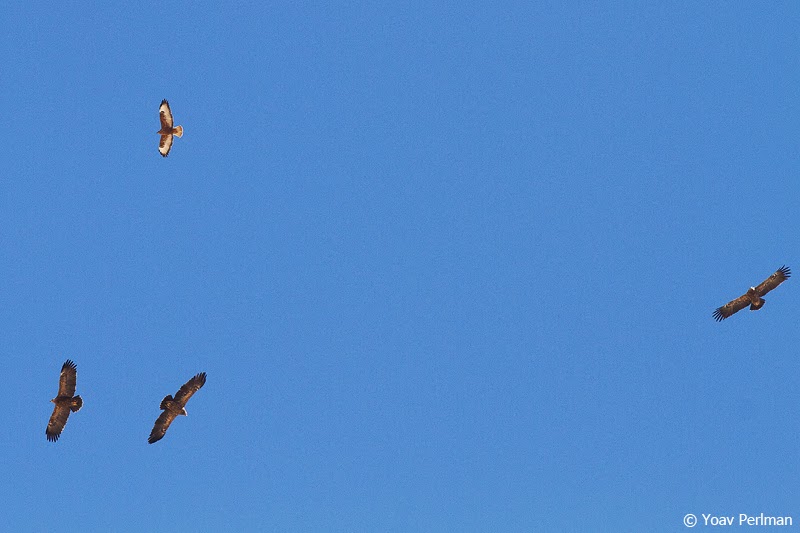 Did a couple more stops along the way but saw very little, including Neot Smadar that was practically dead when I drove through the fields and groves. Arrived at Eilat around lunchtime, and while I was having a bite I got a call from Igal Simantov saying he had just found a Pied Bushchat at Neot Smadar! Where I was just an hour before! And missed it!
I led the afternoon tour, so we all headed towards the bushchat site and it was on show when we got there. Not as well as it did before - it had flown in and away across the kibbutz fence before we arrived, but it was still showing on a dead tree with some doves. All the guests were very happy with this fantastic mega (well done Igal!). Even though it's lost some of its magic in Israel - 7th record and third in three years (see here for instance), but in a WP context it is still a huge rarity, and some very keen WP listers were happy to see it. I guess a couple hundred birders connected with it during the afternoon. 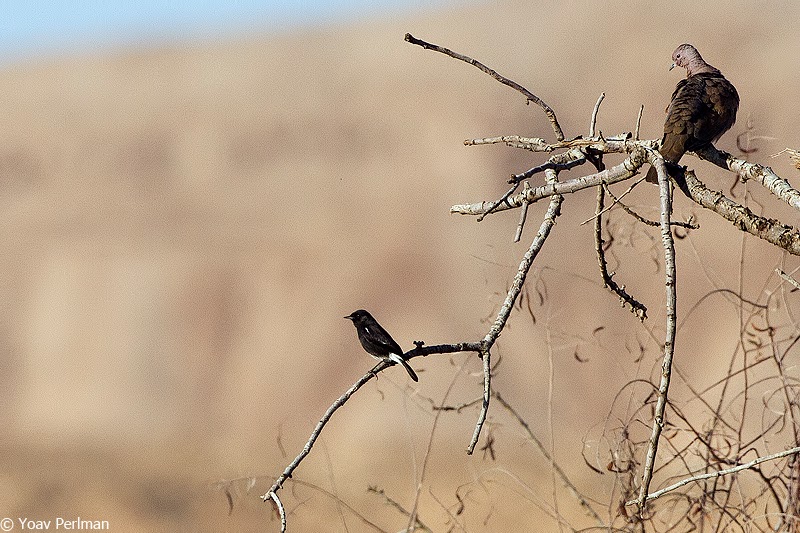 The bushchat twitch took us longer than I expected, so we had time only for KM19 sewage before dusk. The reservoir was packed with birds, and as always there was very nice movement there before dusk. Highlights included 3 longstaying Ferruginous Ducks, some Garganeys, 2 Black-necked Grebes, several Citrine Wagtails, 2 Ospreys, and this adult Gull-billed Tern that flew past after sunset: 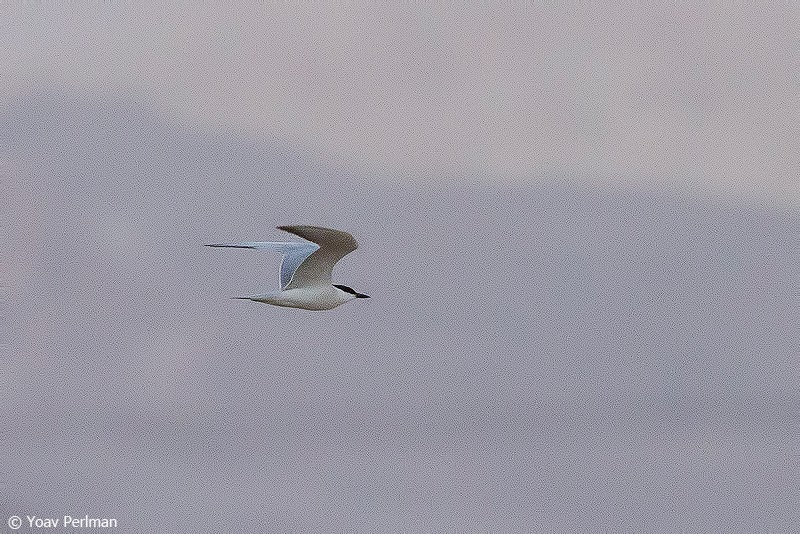 Our main target for the evening was Lichtenstein's Sandgrouse. A very large group of birders assembled at the ponds at dusk, and it was a good experience to see everyone sat quietly in the right place in order not to disturb the birds coming in to drink - quite a challenge with such a large group but it all worked well. After dusk three sandgrouse came in to drink - typically very late. Great end to an exciting day! 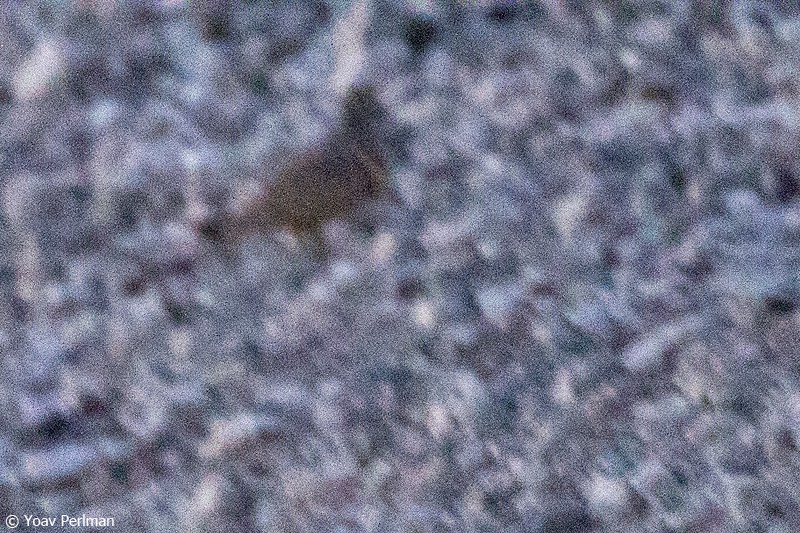