This morning I did my first raptor monitoring transect of the season, in the NW Negev. This area too received large amounts of rain recently, and as a result the tracks were terribly muddy. By the end of the day I was pretty exhausted of fighting the mud. Got bogged a few times, one of them seriuosly enough that I had to be pulled out of the mud by a tractor after another 4WD that tried to pull me out got bogged himself (thanks Harel and Itai). 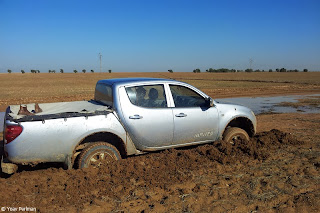 But in between I did see some raptors and other birds along the 20 km transect. 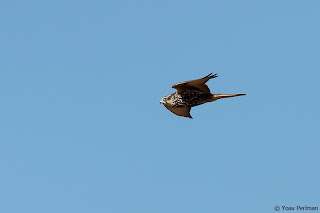 It seems that the Sakers that overwinter in NW Negev have very low survival rates as every year we have there almost solely fresh juveniles.
Other falcons I had were three Peregrines and one Merlin. I had three Eastern Imperial Eagles, two adults and a 1cy. This is an adult of course: 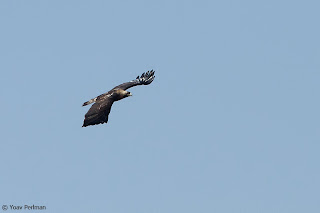 Buzzard numbers are lower this year compared to last winter - I had only 11 Long-legged Buzzards and 9 Common Buzzards. 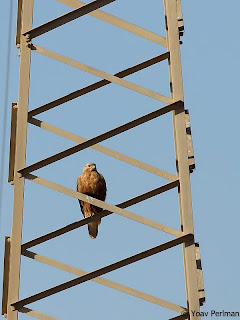 No pallids but four Hen Harriers: 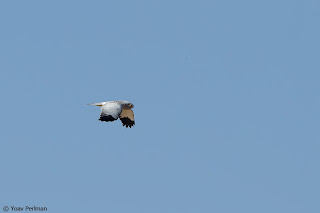 Found the regular Sociable Lapwing flock but they were too deep inside a muddy field surrounded by muddy tracks, so gave up on the photo op. Had 11 Golden Plovers among the many Northern Lapwings: 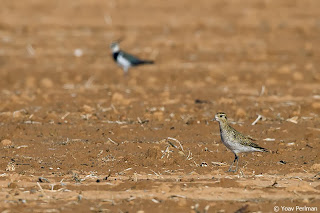 Some nice mixed flocks of seedeaters including Goldfinches, Linnets and Spanish Sparrows: 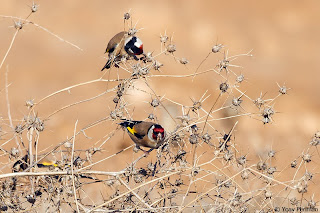