Took some time off today to revisit Israel's first Snow Bunting at Acre. I saw it few hours after it was found last Friday, but it was pretty skittish and there were other twitchers on the way to see it so I kept my distance from it and came out with record shots only. Since then it has become very settled and tame, and it might spend the entire winter with us. Seeing images of my friends who came later on to see it, I had to return and improve my images. When I arrived at Acre in the morning the light was crap and it was very windy. As I got out of the car met Noam, Rami, Amir and Eran - they were watching the eclipse male Red-breasted Merganser very close to the carpark. After spending a few minutes with the merganser, I moved on to the bunting's patch. The bird was showing down to a ridiculous distance, feeding with no fear whatsoever. First it was feeding on the ugly concrete blocks, then it moved a few meters to feed on the ground on some bushes. After a while even the sun came out which was nice. This time I am more satisfied with my results... 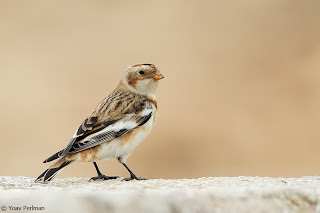 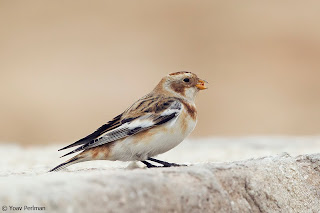 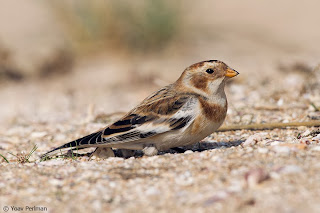 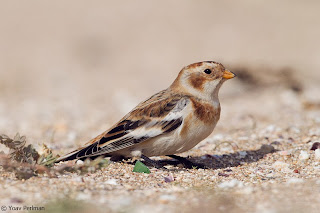 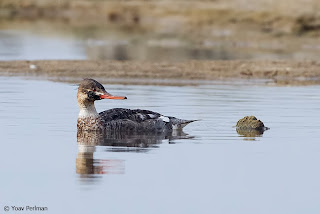 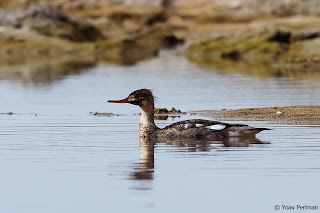 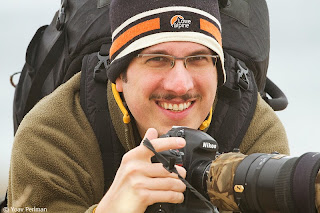 Later on I was joined by Frank. I went with him to look for the Great Black-backed Gull for his Israeli list. We searched for it for a couple of hours but it didn't show. Some Pallas's Gulls were flying around though: 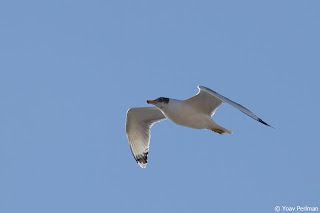 Slightly disappointed we went to have hummus at the famous Sa'eed Hummus bar. We then walked back to our cars. Just as I was saying goodbye to Frank, with the camera already inside the car, I noticed the GBBGull flying low overhead - classic!
פורסם על ידי Yoav Perlman ב- 8:43 PM