Continued my muddy raptor transects today. Today I did the Judean Lowlands. Best bird of the day was along the road driving there - a Pin-tailed Sandgrouse flying almost at the same speed I was driving along route 6, in a very northern location.
Raptor activity started off pretty slow (still very cold nights) but later on raptors started moving around more and I had quite many eagles (Greater Spotted, Eastern Imperial and Booted), buzzards (Common and Long-legged) and harriers (Marsh and Hen). Also two Peregrines. When I first saw this 1cy Common Buzzard my heart skipped a beat: 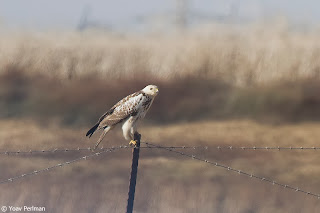 Part of a flock of 32 Golden Plovers: 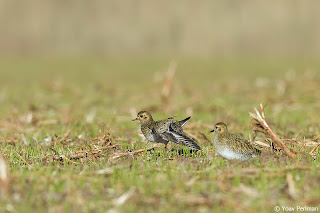 In the resrvoirs many ducks, including good numbers of White-headed Ducks and some Ferruginous Ducks and Black-necked Grebes. 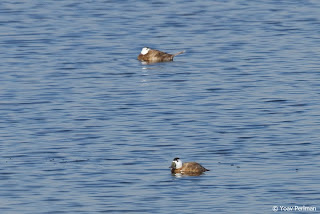 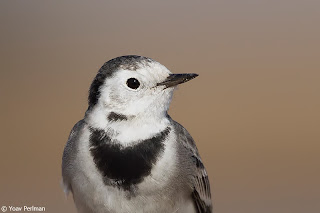 Thanks to Shimshon for the company in the morning.

Yesterday found this run-over Wild Cat (Felis silvestris, thanks Ezra) not too far away from my house, near Kiryat Gat. Erased some ugly intestines etc. from the image... 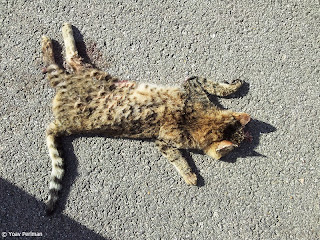