Today I was planning to ring at Bet Kama alfalfa fields. Last night, just before midnight, I recieved calls from both my helpers for today - both appologized for cancelling... Even though setting long lines of nets up in the dark on my own is not great fun, I decided to try and do my best. I arrived very early. Driving in saw two Nightjars hawking over the field, and several Barn Owls were perched on the sprinklers. I set a medium-length line of nets on my own, and started catching at first light. At first some bits and bobs got caught but then the wagtails returned from their roost - a huge flock of about 1500-2000 that went down into the field. Quite an amazing sight. Only late in the morning Hila arrived to help with scribing, so basically it was me and the birds this morning - sometimes nice to be on my own.
About half of the 73 birds I caught were Yellow Wagtails (I caught really a small fraction of the huge flock) - almost all were feldegg but few flava, one beema and one dombrowski-type. 6 Isabelline Wheatears and 11 Zitting Cisticolas were impressive. Other nice species included two Marsh Warblers, one Thrush Nightingale and two Whinchats. 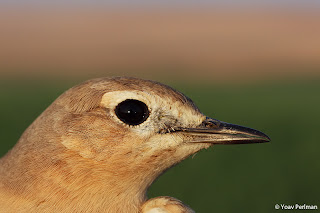 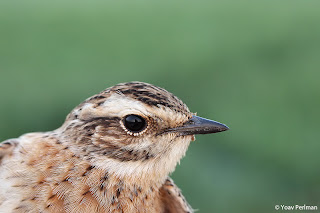 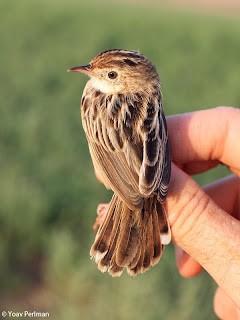 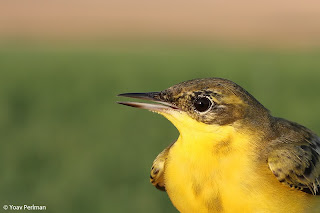 And this is how it sounded like when I released it: 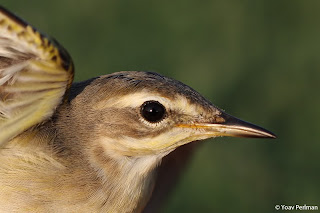 And it gave these calls when released