What's better - a bird in the hand or thousands in the sky?

This morning I went ringing with Yosef and his team at Ein Rimon. Now is prime season for this site, which attracts phenomenal numbers of Eastern Black-eared Wheatears and other migrants, coming in to feed on the fat-rich pistachio fruit in the grove. Following yesterday's excellent raptor migration, I was expecting a good take-off from the nearby forest, so I had my big lens with me as well.
Ringing was very good - 46 Eastern Black-eared Wheatears and lots of other stuff (about 150 in total) - Spotted Flys, Whinchats, shrikes, many sylvias etc. Pick of the bunch was an Icterine Warbler - very nice.

However, it was very hard to concentrate on how to age the wheatears by their partial moult, because the take-off I was hoping for started happening early and it was amazing. Over an hour or so about 1200 Levant Sparrowhawks and 1000 Lesser Spotted Eagles took-off from the nearby forest, circled and glided south. Among them a good mix of other raptors - Booted and Short-toed Eagles, Honey Buzzards, Marsh Harriers, Red-footed Falcons etc. Some of these birds I must have seen yesterday in the north. So great to see them from so close, hear the wingbeats - migration at its best. Unfortunately the light was shit - heavy clouds. Some of the Asperger-ish ringers working around the ringing table couldn't understand what I was getting all excited about... So, dear readers, I will let you decide for yourself what's better. 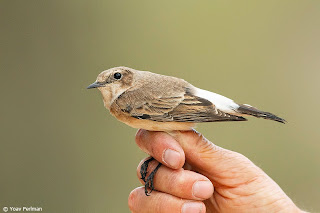 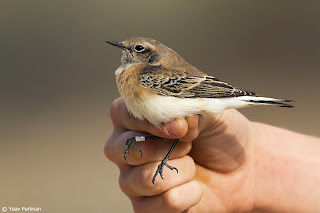 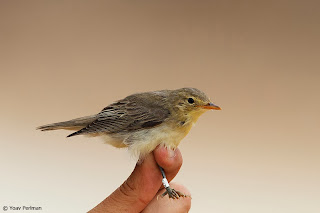 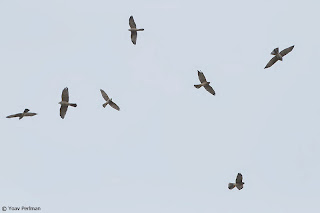 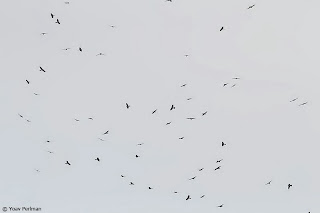 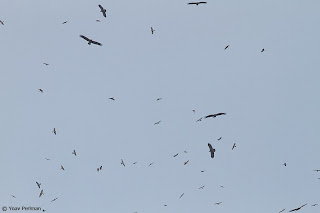 Very low over the trees 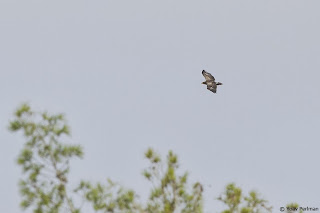 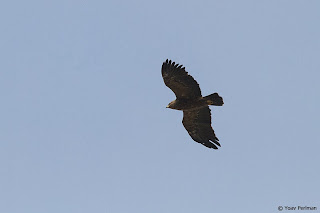 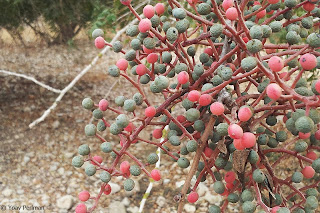