Had a fine morning birding with Re'a. No dramatic highlights, just lots of migrants and good fun, including a drunk Russian redhead asking for help etc. Nevermind that. We started off early at Ashdod - the ponds were fantastic - just packed with shorebirds. About 600 shorebirds in these tiny ponds - about 200 Little Stints, 170 ringed Plovers, 100 Wood Sandpipers and lots of other bits and pieces.

Though we tried hard found nothing too exciting; highlights were four Black-tailed Godwits, this 1cy Broad-billed Sandpiper: 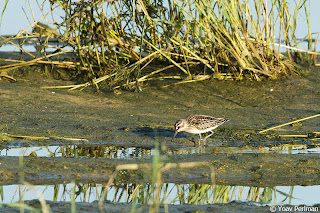 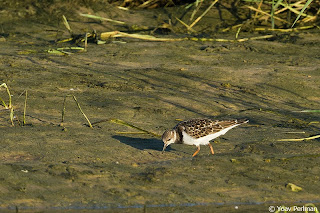 Turnstones are common on the coast but surprisingly scarce even 2 km inland. A flock of 15 Baltic Gulls arrived early in the morning: 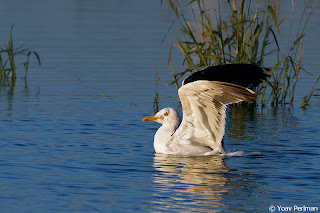 We then drove on to the reservoirs of the Judean Plains. No big numbers of shorebirds (some Collared Pratincoles were the only birds of note) but more ducks - quite many Garganey and some Ferruginous Ducks. Again, lots of shrikes, flycatchers and whinchats, some Short-toed Larks, one Rufous Bush Robin, and some raptors going overhead. Good birding overall. 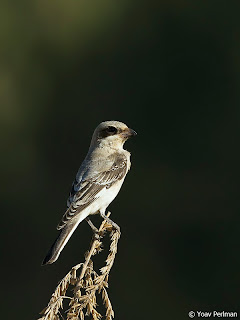 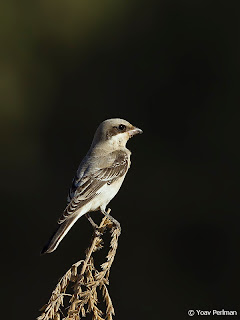 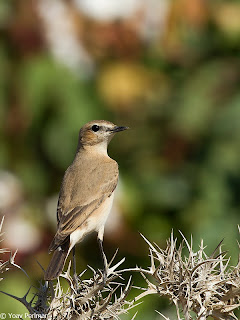