Yet another fantastic day for the IOC - SPNI atlas project. We worked in a smaller team today, but we all had extraordinary opportunities to visit parts of the mountain that have never been surveyed before. We surveyed some spectacular alpine habitats. I checked with Dotan a box very close to the Syrian - Lebanese border triangle. We had close escort of two military jeeps, but that didn't prevent us from seeing lots of good birds. The lower elevations were full of common forest species, with fewer Upcher's and Balkan Warblers. Higher up we had again lots of Northern Wheatears, Woodlarks, Rock Sparrows and fewer Horned Larks and Crimson-winged Finch. Our highlight was a stunning male White-throated Robin. He was found by Dotan just when we were about to leave, at an elevation of 1950 m! The bird was singing, displaying and performing territorial behaviour. Such a cool bird, and one of Israel's rarest breeding birds. Tuvia found another territorial male in an adjacent box. 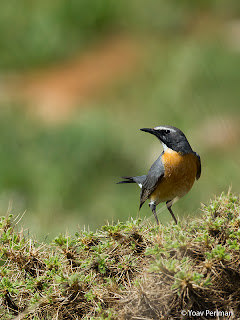 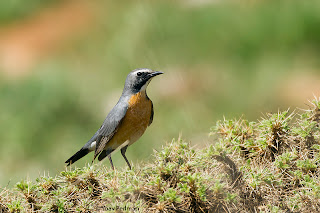 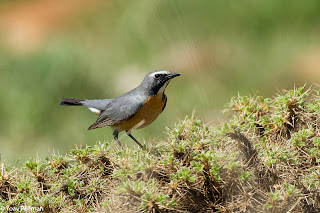 Breeding habitat - what does this thrush have to do so high up? 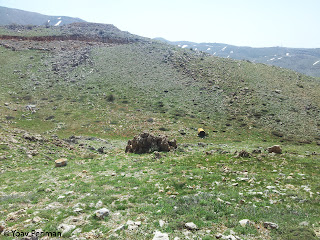 Early in the morning I had by the upper cable station a pair of Crimson-winged Finches feeding on the road (unfortunately). Not the best background but closer views this time and OK light. Mega birds. 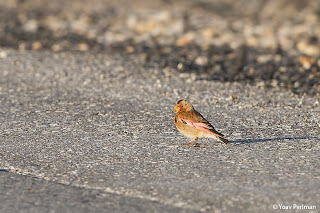 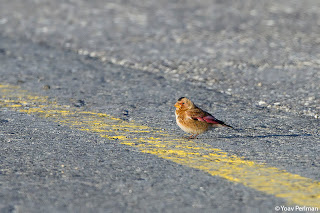 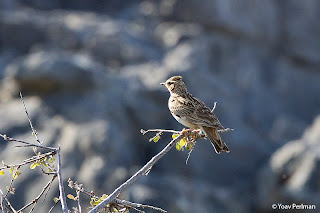 One Black-headed Bunting was singing at 1700 m. 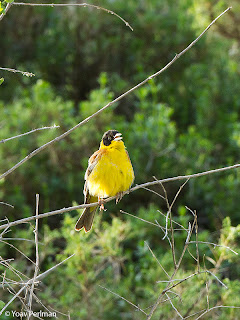 Many thanks to Dotan.