Yesterday spent the morning birding with Meidad in Eilat and S Arava. It was a fine day, but it really gave the feeling of the end of spring - very few terrestrial migrants on the ground; only shorebirds put on a good show.
We started off VERYearly and arrived at north beach at 06:00. Markus and his hardcore Finnish mates arrived earlier and they had seen three White-cheeked Terns before we arrived. Unfortunately the terns did not reappear. There were quite many commoner terns around, three Sooty Shearwaters, 4 flyover Oyestercatchers and not too much else. 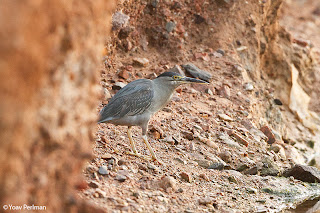 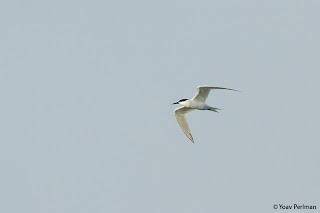 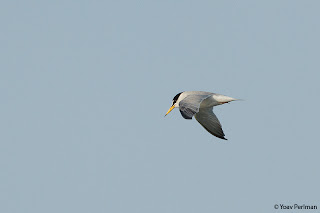 We then checked the saltpans. Those south of IBRCE had 19 Red-necked Phalaropes among the many shorebirds and gulls. They are such fine birds. Unfortunately all the images were taken from the car window, from the top of the bank, thus the lousy angle. Some of them were in really nice breeding plumage. Typically for phalaropes, they do nothing else than forage in circles, chasing small flies. This is really a video job. 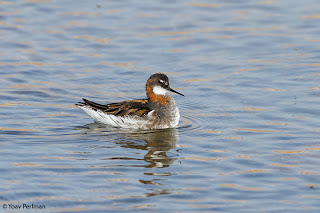 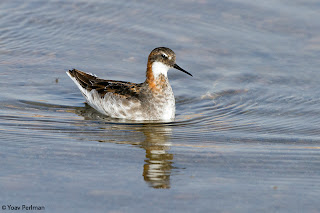 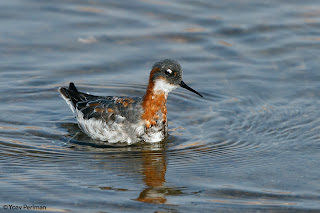 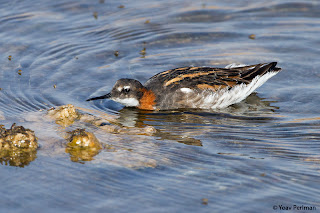 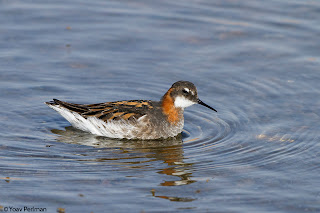 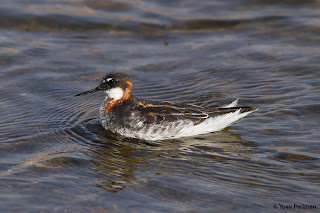 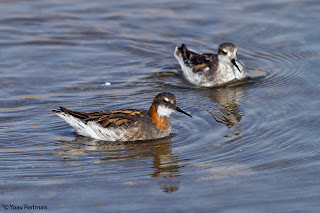 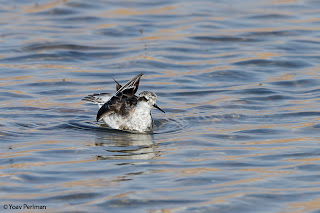 Curlew Sandpiper - unfortunately the prettier ones kept their distance 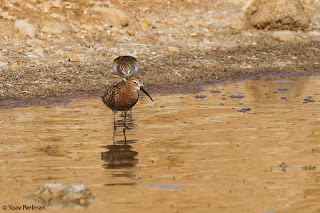 This must be a 2cy - very worn scapulars and coverts. 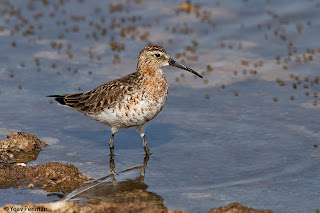 Dunlin - I wonder which subspecies this is. Bill far too long for schinzii, but face, breast and flanks too streaked for alpina. 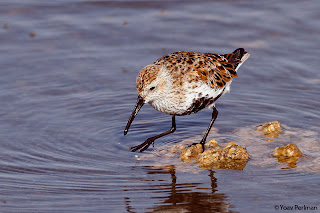 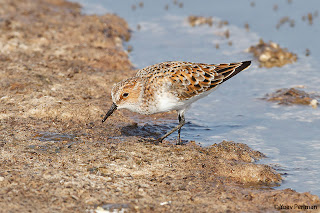 At KM20 saltpans some more phalaropes, 3 Broad-billed Sandpipers, and some other stuff. 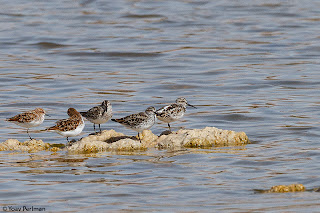 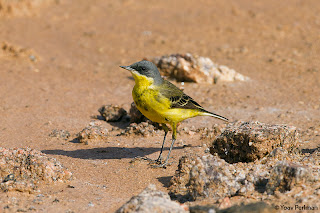 On the way home we checked some more sewage farms that were pretty empty. At Ketura sewage had this recently-fledged juvenile Hooded Wheatear: 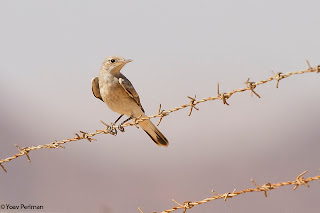 Only at Neot Smadar we had few more migrants, including Spotted Flys, Masked Shrikes and a few Whinchats. 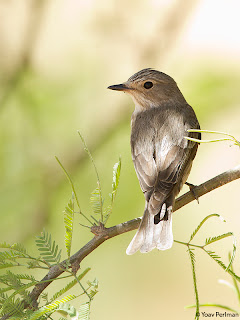