Ringing this morning again at my CES site in Ashdod. Hard work there this year. Water level was slightly lower than previously but still we all got very wet. Arrived in the midddle of the night with Arad - we hoped to catch a Great Snipe but that never happened of course. Morning ringing session was very good, about 155 birds (haven't done the totals yet). Migration doesn't seem to end. Nearby Mulberry trees attract hundreds of Sylvias, and some of them flew into my ringing site to feed and drink, purple-faced. Sylvias this morning included mainly Blackcap of course but good numbers of Garden and Barred Warblers as well. Especially impressive were 29 Eastern Olivaceous Warblers. Ageing them is very easy - almost all of them do a complete moult in Africa so impossible to say anything about them. Quite many long-winged birds today.
Another good birds was Marsh Warbler. 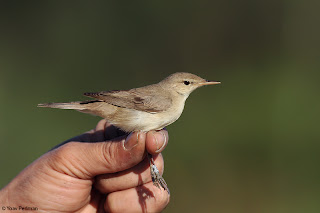 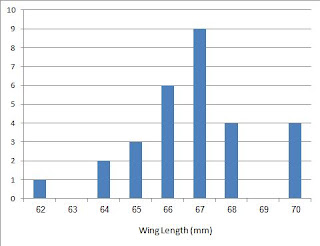 After ringing checked the gull pools; very few birds but one Baltic and two Yellow-legs. One Yellow-leg had my ring on - ringed it in Tel Aviv exactly a year ago. 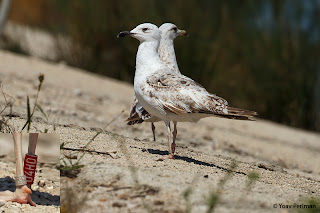 Many thanks to Arad and Roei for their help.
פורסם על ידי Yoav Perlman ב- 9:18 PM