Spent yesterday and today with two of our VIP guests at the Hula Festival - Martin garner and Trsitan Reid. We had a great time together (at least I did). Yesterday we checked some potential vagrant sites in the Negev Mts. - Mitzpe Ramon, Nafha, Nizzana ponds, but the potential never materialized. Migrants were very thin on the ground, and we found almost nothing unusual. The only good bird was this ochrorus Black Redstart, (probably) back to its wintering site for the third consecutive year, at the carpark near the Mitzpe Ramon roundabout. This bird has quite a bit of white on the wing. Good looking bird. 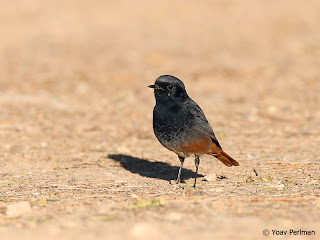 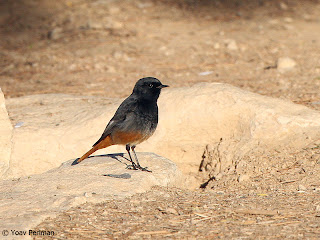 So to keep ourselves entertained we searched for some desert birds and Tris had lots of fun with these species. 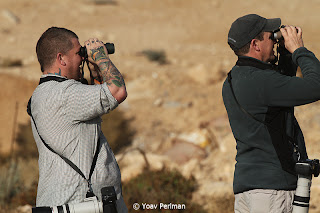 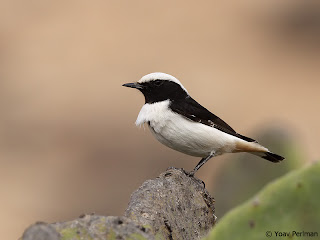 Today we did some gulling at Ashdod early in the morning. It was very good and educting. Light was shit so didn't take any images. Saw the usual suspects - fuscus, heuglini, armenicus, cachinnans, michahelis and barabensis. I had to take off early for some family stuff, so left The Guys in the good hands of Amir Ben Dov. Thanks Amir.

Tomorrow we're off to the Hula Festival. I am really looking forward to this week. I have a full program, that will take me to the best birding sites of northern Israel. Hope to see a crane or two. Stay tuned for daily updates here.
Some images from Festival 2011: 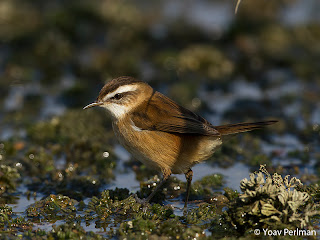 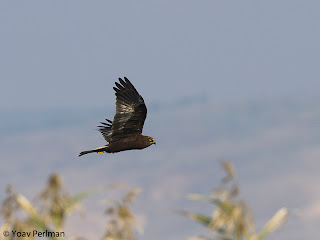 A crane or two 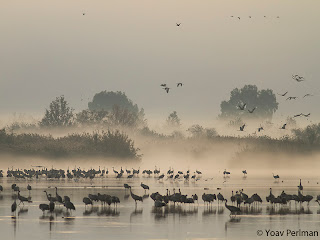