Woke up outrageously early this morning and went ringing in Ashdod. I wanted to work in the dark for a couple of hours in hope of catching some shorebirds before dawn. Eventually caught only one but a bloody good one - Jack Snipe! 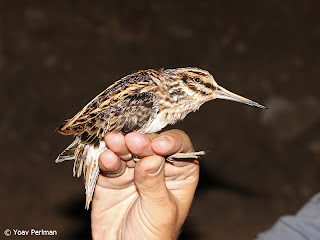 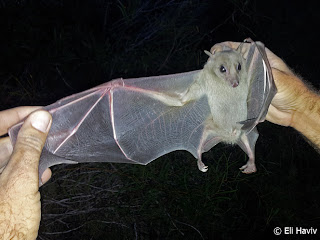 As dawn arrived the rest of my team joined me and we started catching well. At first large numbers of Bluethroats, later on a good mix of Chiffchaffs, Spanish Sparrows, Chaffinches and lots more.
Moustached Warblers typically arrive in early November, one this morning: 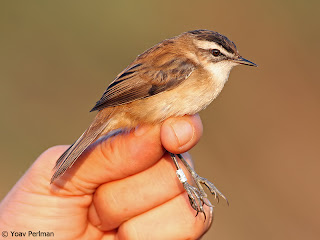 A nice flock of about 20 Penduline Tits was feeding in the reedbed, we caught three, including this cracking male: 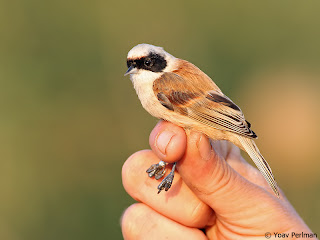 But for sure the most beautiful bird of the morning was this Palestine Sunbird - a total gem of a bird: 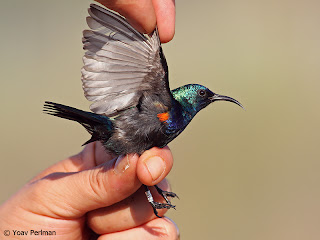 Quite many good birds flying around and moving about - very brief views of a probable Isabelline Shrike, one Spotted Crake, several Hawfinches and Siskins overhead - a very birdy morning.