Great birding today in the Bet She'an Valley. Started off at Neve Eitan fishponds that were absolutely packed with birds - thousands of kites, pelicans, storks, herons, gulls etc etc. Birded there for several hours and we all had a good time. Jonathan found this 1cy Daurian Shrike - we all had great scope views but the bird would not let us photograph it properly. 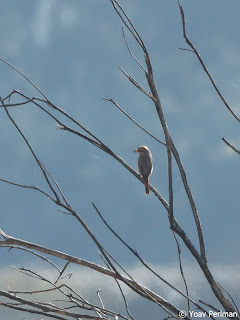 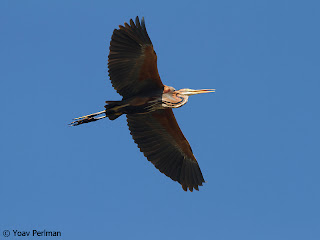 Later on checked some alfalfa fields near Kfar Ruppin. We found two Oriental Skylarks among the many skylarks and pipits. Good flight views. Mick was pleased. In a nearby pond we had a few tens of smart Desert Finches coming in to drink, enjoyed by everyone.
At Hamadiya we had a Pallid Harrier, a couple of Little Green Bee-eaters (more or less as far north as they reach) and this female stonechat. I can see no reason why it's not a caspian. No white visible on the rectrices, but I am sure that under those uppertail coverts hides some white, seen only in the hand. 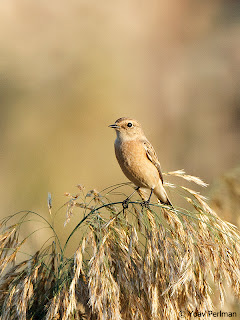 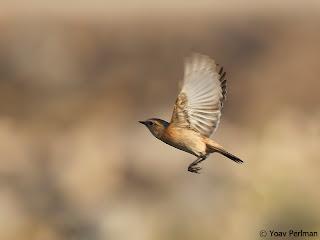 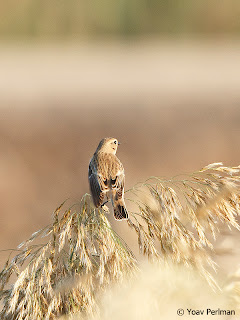 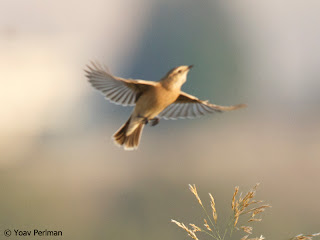