Yesterday was a very wet day. It was bucketing down all day long, which hampered our birding efforts. We found shelter at Jonas feeding station, which was rather overwhelming despite the 'low' season and torrential rain. Jonas operates this feeding station at industrial scale - hummers use 10-20 liters of sugar water every day! Jonas refuses to accept any payment from visitors - he does such an amazing job and deserves recognition.
There were good numbers and variety of hummingbirds visiting the feeders throughout the morning, and it was spectacular to see them from up close, hear their tiny wings whizz just centimeters away. The banana feeders attracted some tanagers too but less than I had expected. Photography-wise, I am a bit disappointed. I did use a flash, but I am a real amateur in flash photography, and struggled to get any good results. Shooting without flash was nearly impossible in the gloom at ISO 10000. Canon engineers haven't solved the noise issue yet. Here we go:

Most interesting hummer species though not the most attractive is the Saw-billed Hermit - good numbers present: 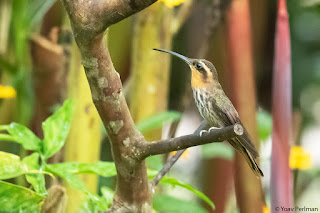 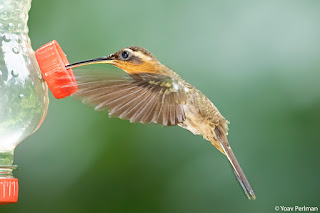 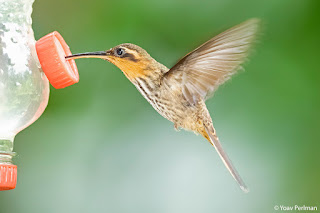 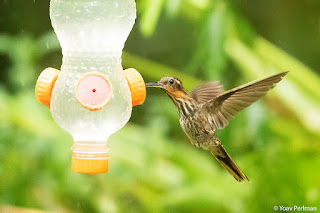 Very common were the striking Black Jacobin, and the tiny Festive Coquette and Versicolored Emerald: 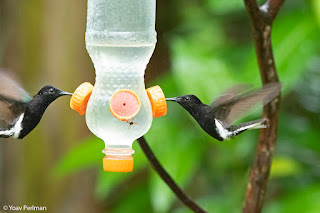 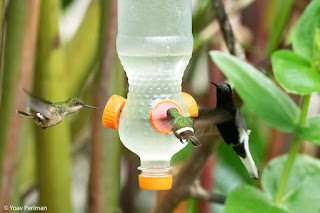 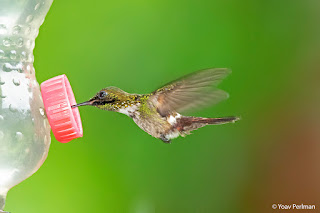 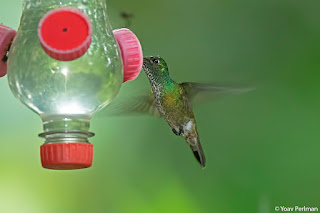 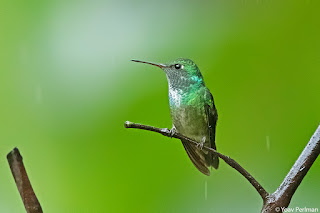 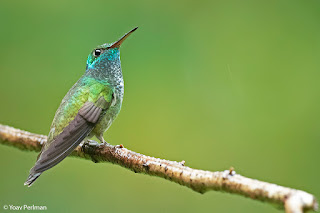 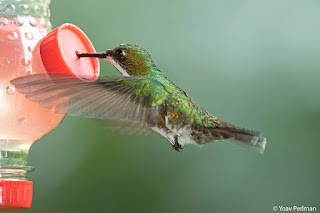 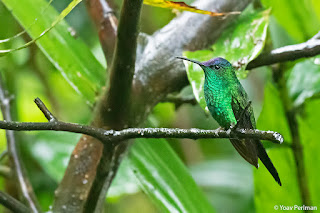 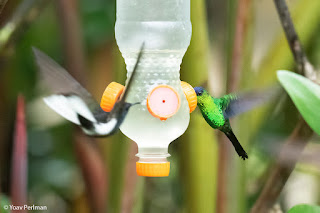 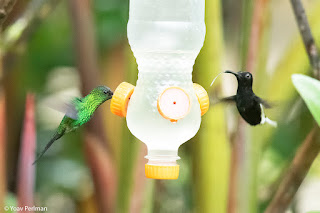 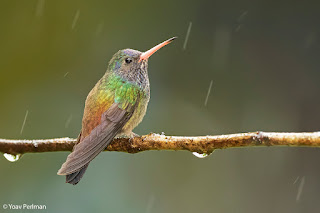 Of the tanagers feeding on bananas, the most striking was Red-necked - what a superb bird: 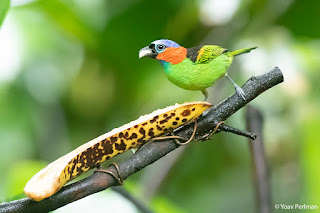 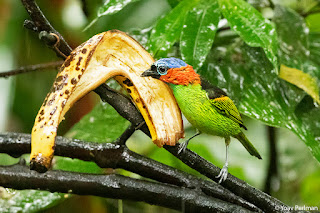 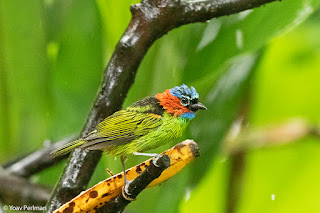 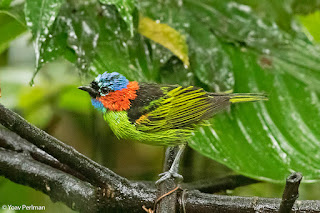 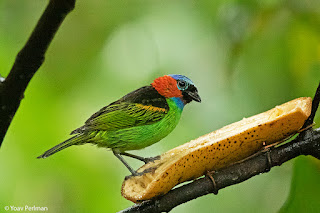 Green-headed Tanager ain't too shabby either 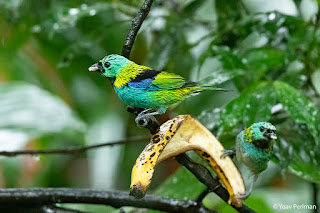 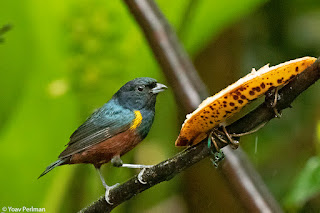 A couple of Slaty-breasted Wood Rails visited the corn bowls left out for them: 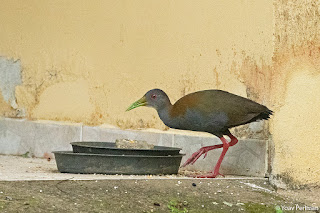 The rain was too heavy for any forest birding, so after we left Jonas we sheltered in a nearby restaurant that had some feeders too. This stunning Green Honeycreeper was our first: 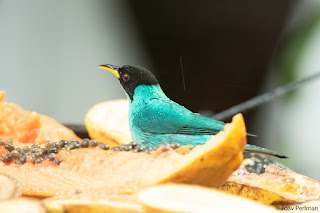 I have internet connection challenges here, so will upload videos from my phone later on.

Holiday traffic continued to be catastrophic. We wasted the entire afternoon stuck in Ubatuba traffic. We got back to Bananal just before dark where we managed to sneak in a bit of birding along the access road. It added a few species including these grainy Cliff Flycatchers: 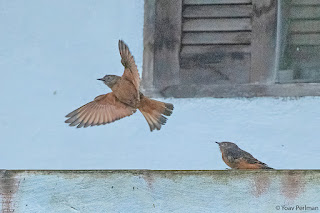