Foreign visitors to the Algarve

Yesterday we took our day off and replaced the steppes of Alentejo with the saltmarshes, beaches and lagoons of the Algarve. It was a long and brilliant day, packed with quality stuff. We left very early to arrive at our first site, Salinas do Forte do Rato in Tavira in good time. It was pretty birdy there with lots of common shorebirds, some gulls and terns etc. Highlights for me were Iberian Yellow Wagtail that showed nicely, a flyby Audouin's Gull, and the best find of our day was this Roseate Tern in the bay - a pretty good record for mainland Portugal. 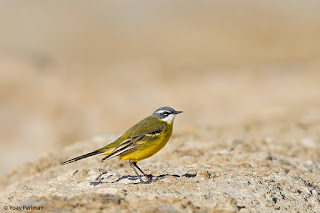 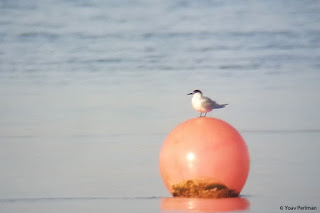 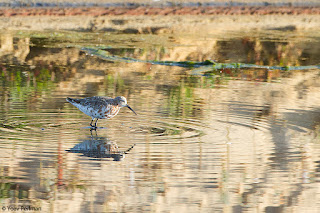 The local photographers learned the trick and placed ugly sticks in the middle of the dry saltpans for Bee-eaters to perch: 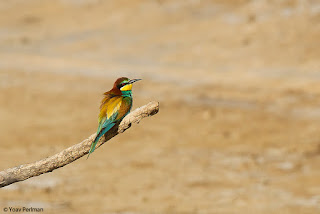 It was fun birding with Dan - he get's so excited (SIKKKKK!) by common Mediterranean species like Sardinina Warbler and Serin - his excitement infected me and I papped this Serin too: 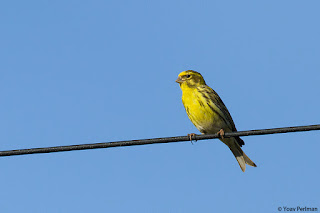 In the bushes there were very few migrants, but these Common Waxbills were entertaining - our first sexy Cat C species of the day, such lovely birds aren't they? 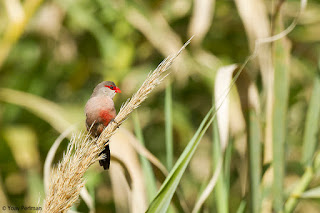 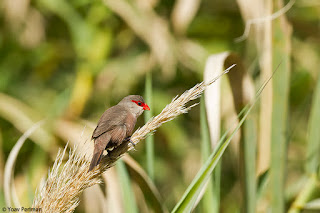 We wanted to get to the Atlantic Coast to do some seawtaching and look for gulls on the beach. On Google Marta Rota looked like a good option but in fact there was nothing there, between the millions of people. We then made the right decision and joined local birders Thijs and Bruno. We did a quick circuit of the nature walk at the Parque Natural da Ria Formosa headquarters in Quinta de Marim, Olhão. It was very hot and we didn't see much of interest, but added a few species to our growing day and Portugal list. Non-bird hightlight was this fine butterfly - Spanish Festoon (Zerynthia rumina): 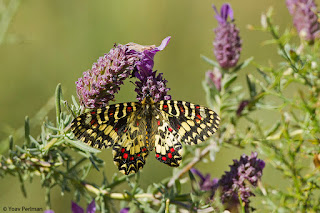 We then headed over to Quinta do Lago. What a strange place. Within the Beverly Hills of Portugal, the golf course lagoons are packed with birds. The specific lagoon where we visited hosted a Little Crake in the past couple of weeks, a national rarity. We halfheartedly searched for it, but I really enjoyed the huge number of very tame birds. Sadly, our failure with crakes continued later on. 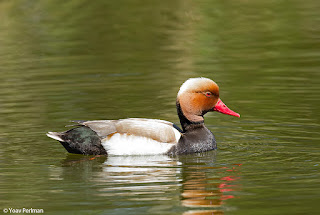 Snipe with one of the many tarrapins there 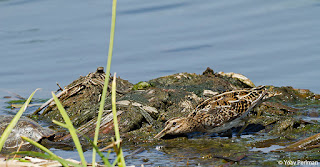 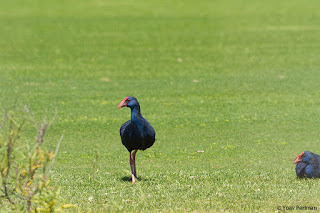 Black-headed Weaver - what a stunner! 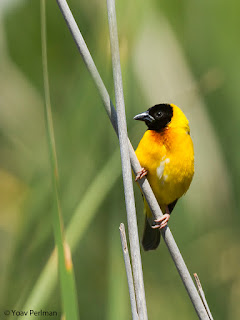 We had a quick look at Lagoa de Almargem, where we had several Audouin's Gulls. Quality! Terrible light and heat haze... 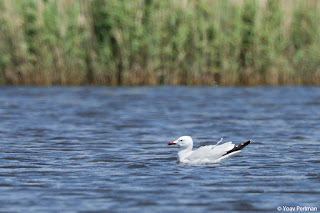 After a quick lunch we headed over to Silves, and tried our luck with the Sora. It was still reported last week, so we had hopes that it stayed. But we arrived there in high tide which is not right to look for it, and indeed we did not find it.
Our next stop was Portimão Harbour, where the American Herring Gull is or was. The individual we saw is not going anywhere with its terrible wings. It was hanging around with all the other miserable gulls in the gull-hospice of Portimão. So many missing wings, legs, feet, fingers etc. The broken gulls there reminded me of the broken toys scene in Toy Story.

This is not an easy gull. I need to do some homework on it, but I must say I feel uneasy with the ID of this specific individual as American Herring Gull. This individual has a thin red orbital ring; and the leg colour - I am not sure what it is. Not pink, not yellow, some non-descript colour. Is it the same individual that was identified in winter? I am not sure. It could be a Yellow-legged Gull. On the other hand, the wing pattern is identical (but what terrible accident happened to it since?). Is it possible that with maturity and breeding season hormones it developed some yellow bill and a thin red orbital ring? Need to see - there is an interesting discussion on this bird in the Euro Gull Facebook group. 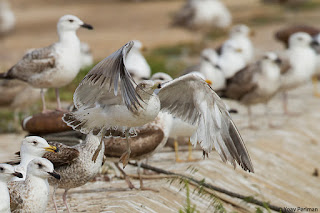 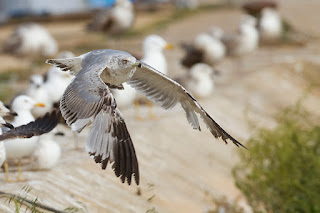 Compare the wing pattern to the photo here - identical 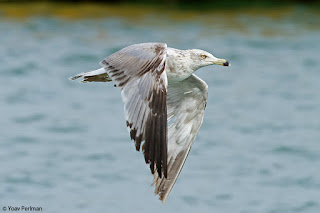 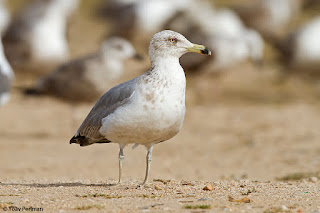 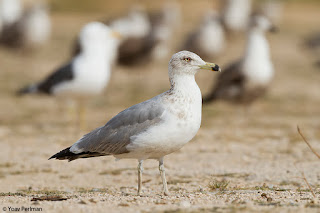 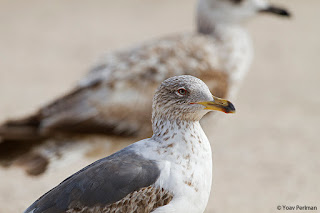 Anyway, after we had enough of the morbid gull experience, we headed over to Lagoa dos Salgados that was fantastic. Highlight was a fine drake Ring-necked Duck that had been found a few days ago (my second in the WP), but there was lots more to see. The lagoon held several Audouin's Gulls and Collared Pratincoles, and the few minutes of seawatching produced a Balearic Shearwater, two Great Skuas and a late Razorbill. 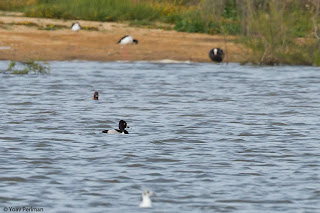 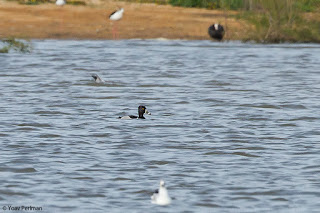 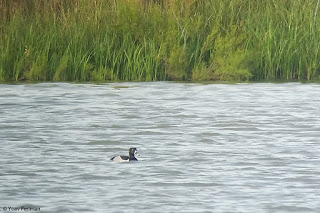 We headed back to Silves for a last try, but the tide was still high and no joy for us. Then the drive back to Castro Verde, and back to the steppes. More on that soon.
Many thanks to Thijs and Bruno for their help and company - a superb day. Two or three WP ticks, if you count Cat C's - not bad?
פורסם על ידי Yoav Perlman ב- 12:17 AM