Started my second session of wintering raptors census today. Did the Urim transect in the NW Negev again. Fine weather, less mud than last time, slightly fewer birds but still a great day out. Had more Merlins today - a total of five birds including a stunning male pallidus - haven't seen one of these C Asian birds in Israel for many years. This was my personal highlight of the day. Unfortunately only got these crap shots in the shade. I missed it when it flew out and away, and managed to get nothing at all from it in good light. Shame - it was so pallid, almost like a Pallid Harrier. Here you can see it is pale and relatively poorly marked, but it was most impressive in flight in full light.

pallidus Merlin - is there a proper name for this? Maybe Asian Merlin? 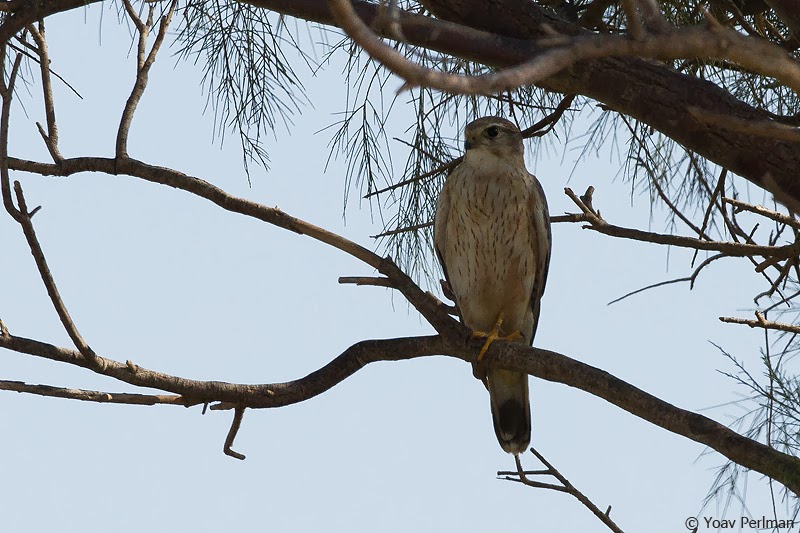 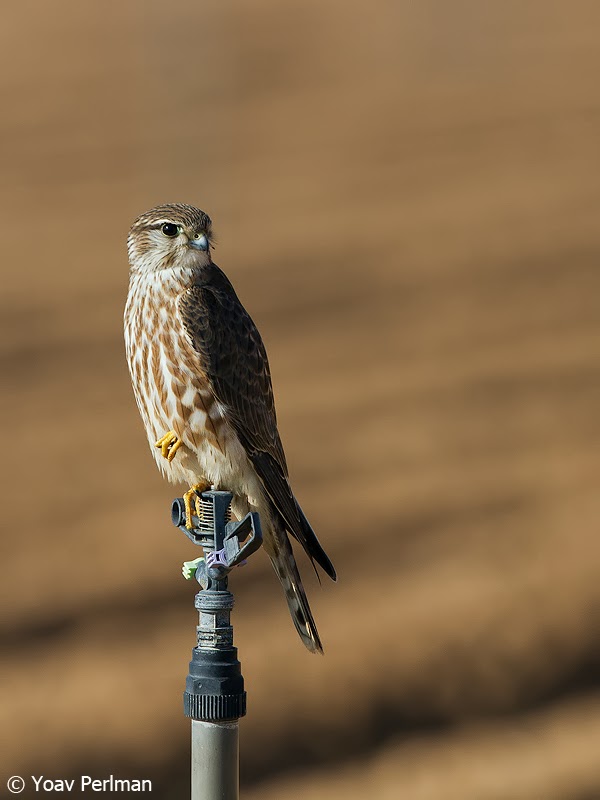 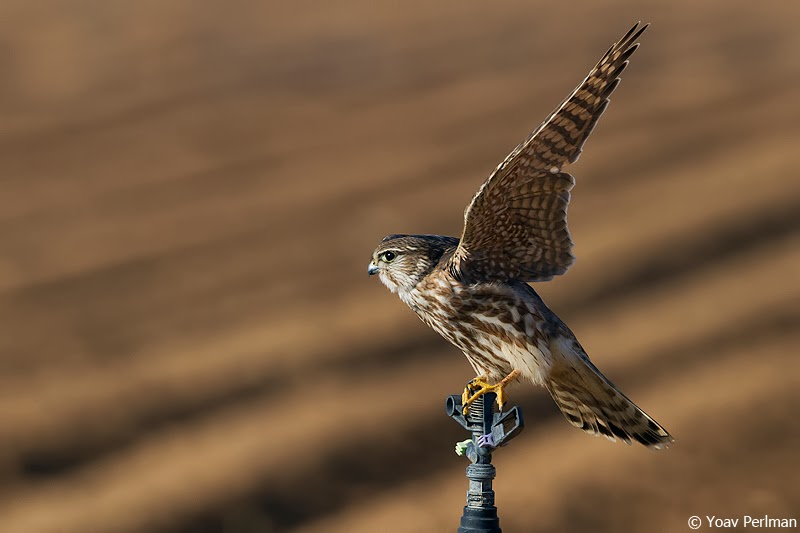 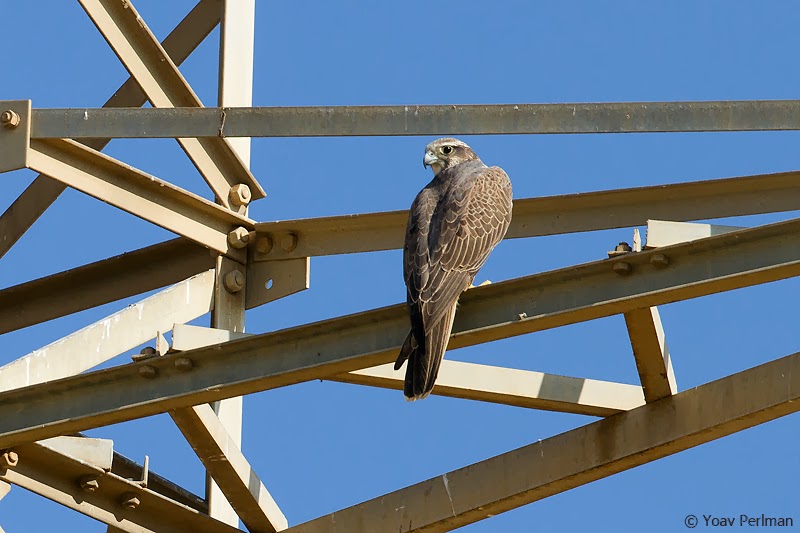 This must be a female - see how huge it is - here attacking an adult Eastern Imperial Eagle that landed on 'her' favourite pylon! Of course there is an optical illusion here but the falcon was really impressive (and bold). 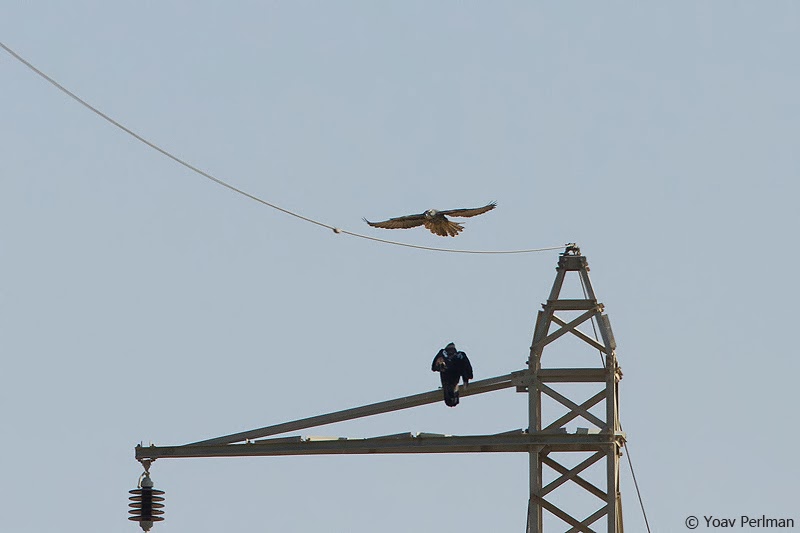 Other than that the usual suspects - 3 Eastern Imperials, 5 Hen and one Pallid Harriers, 1 Peregrine, many Common and Long-legged Buzzards, and one Steppe Buzzard.
Towards the end of the transect had six Stock Doves exactly on the same pylon where I had them last year. Stock Doves are becoming more and more rare in Israel every year. Last year I had fourty. 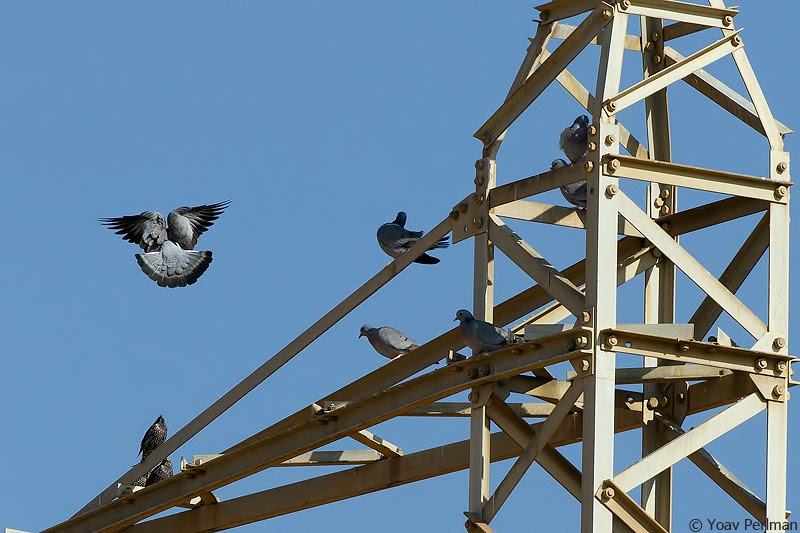 Crop of the image above 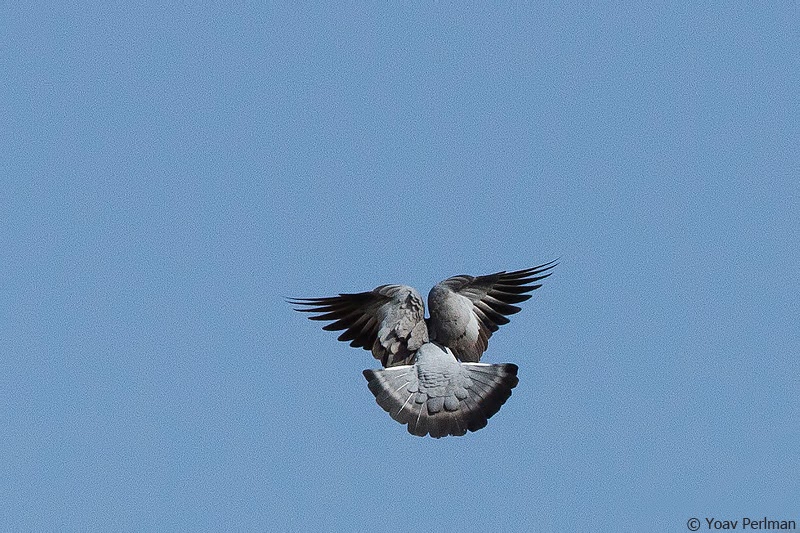 On the way back home had a quick look at Re'im Reservoir - one male Red-crested Pochard (not plastic!) - here's my awful phonescoping attempt: 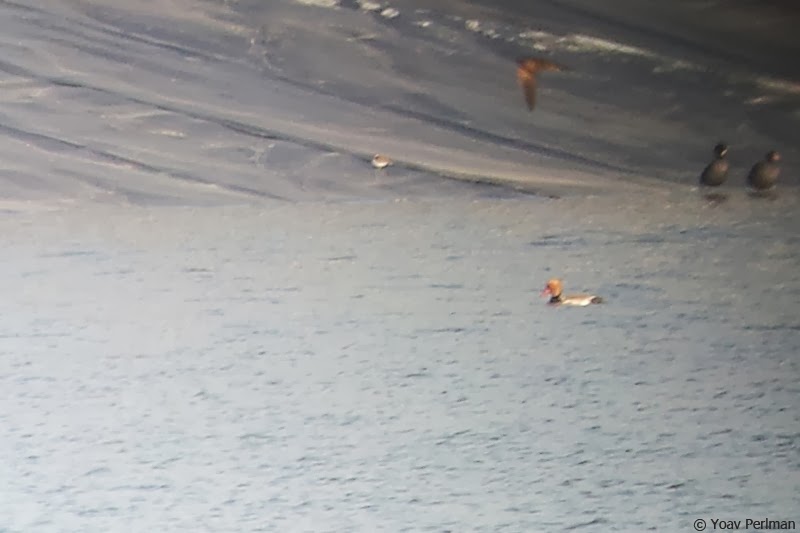 There was at least one very happy dog today: 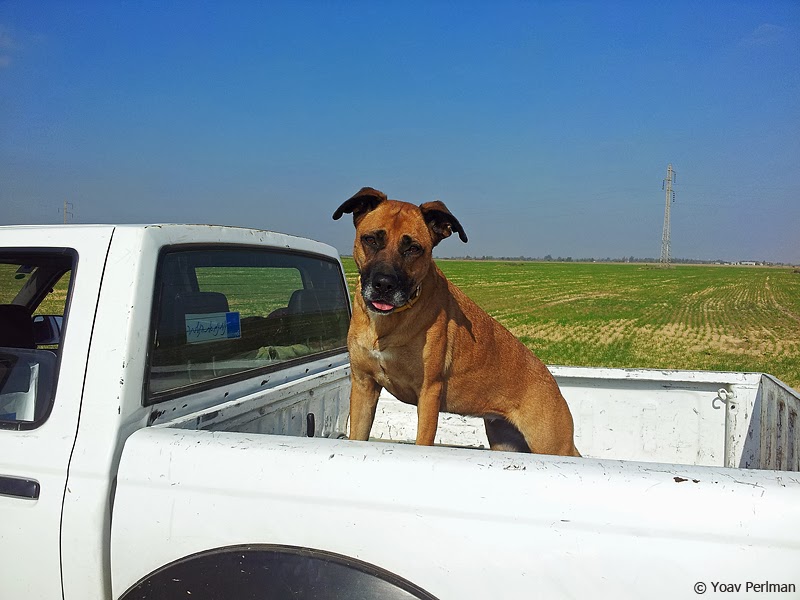 Spanish Sparrow - just because they're so pretty 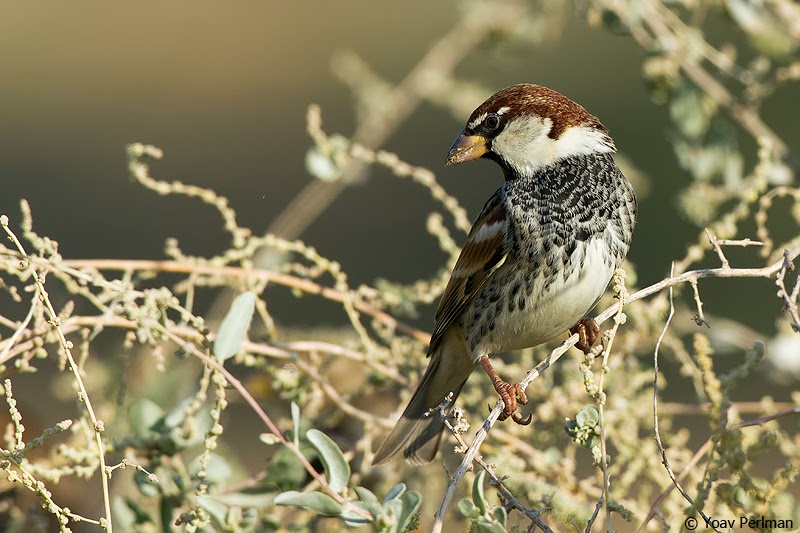