Yesterday I joined a tour organized by Yossi Leshem with some leading governement officials, to promote conservtaion and birding in southern Israel via the new government-supported network of bird observatories. It was an interesting group and we had a good time together.
Met up with them in the afternoon at the Dudaim national rubbish dump, in the N Negev. The site hosts about 35,000 Black Kites every winter - they feed mainly on the garbage but cover a huge radius around the dump daily, creating some serious flight saftey hazards. Smelly and noisy experience but still an awesome sight: 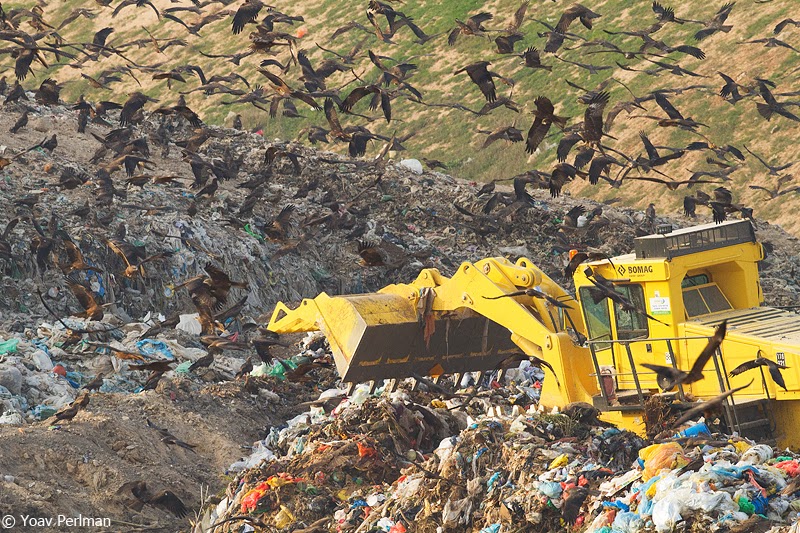 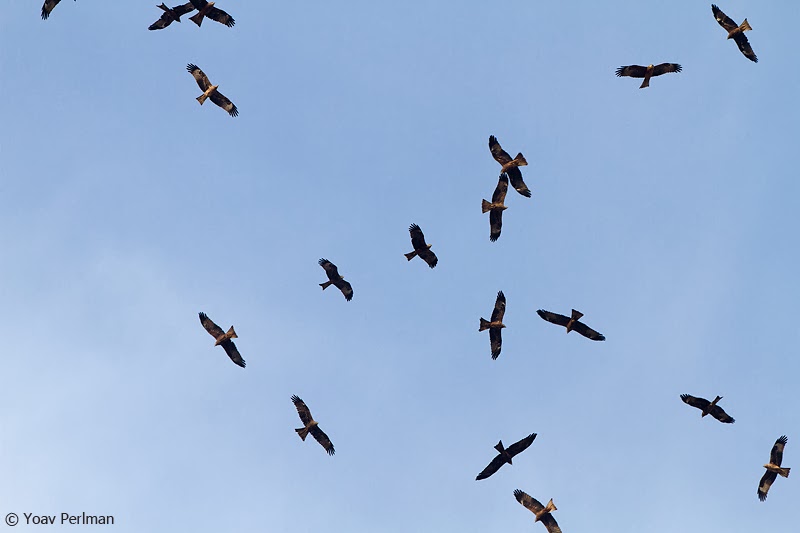 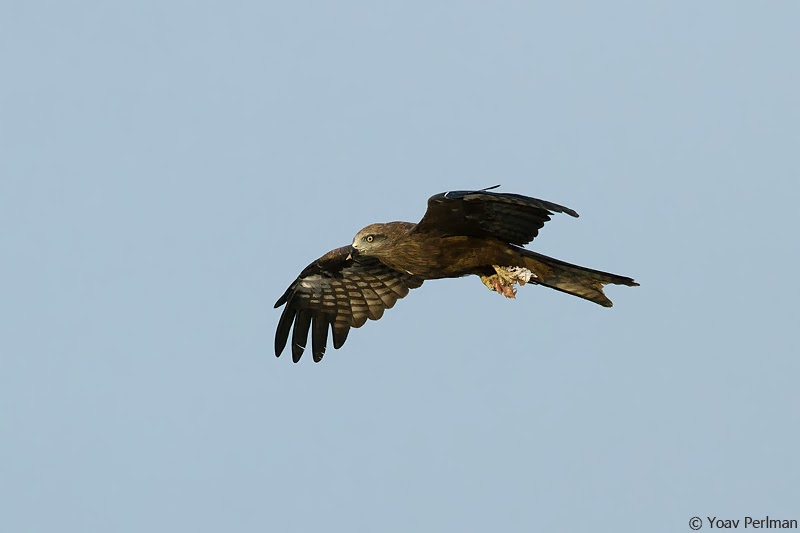 In the evening I took them to a remote wadi in the Judean Desert. We tried to see Hume's Owl - we had a responsive male calling back at us instantly, but he never showed himself. It was an inspiring experience neverthelss.
Today I visited the Ramat Gan Safari zoo to collect a rehabilitated gull for release. Checked the regular gull flock that was bigger and more varied than usual today - about 300 gulls, including Armenian, Yellow-legged, Caspian, Siberian, Baltic and Steppe Gulls. 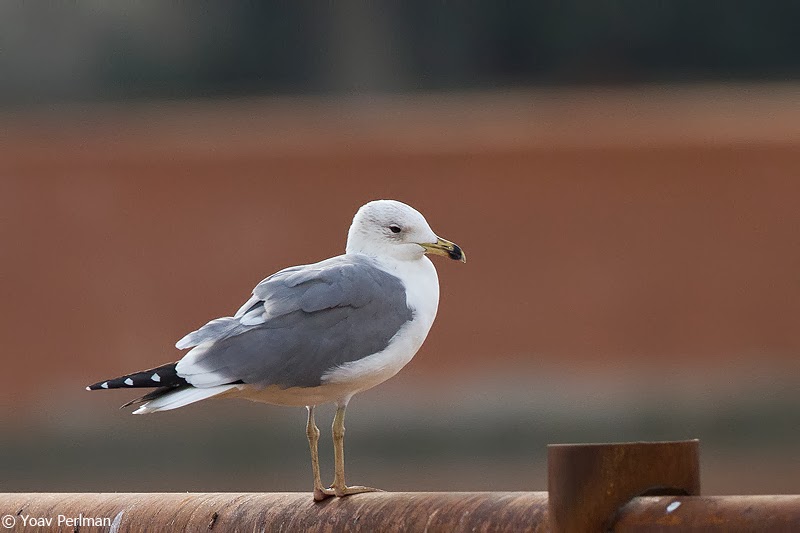 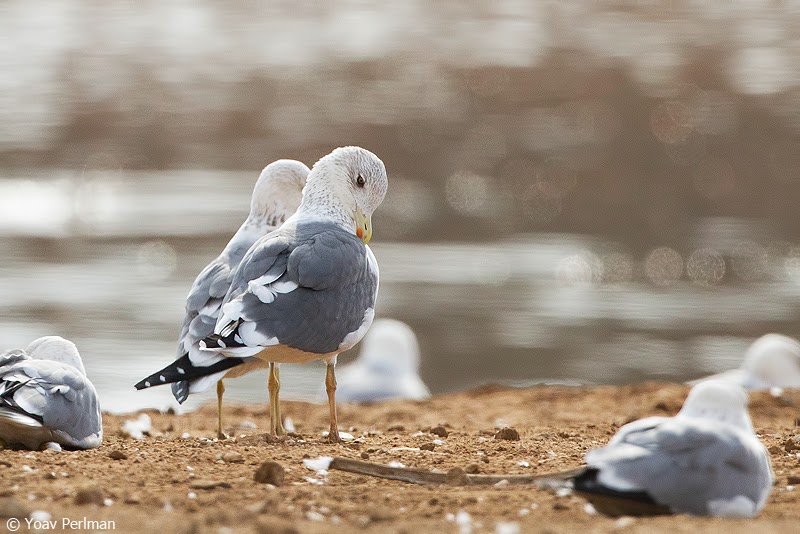 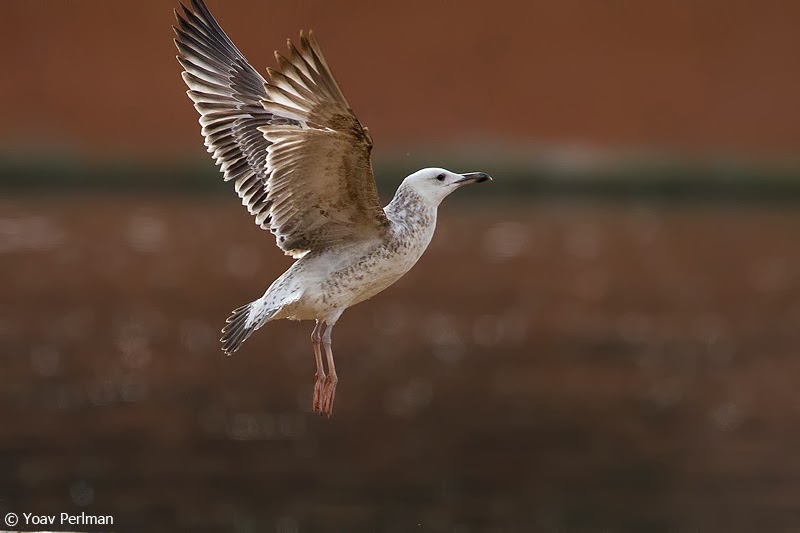 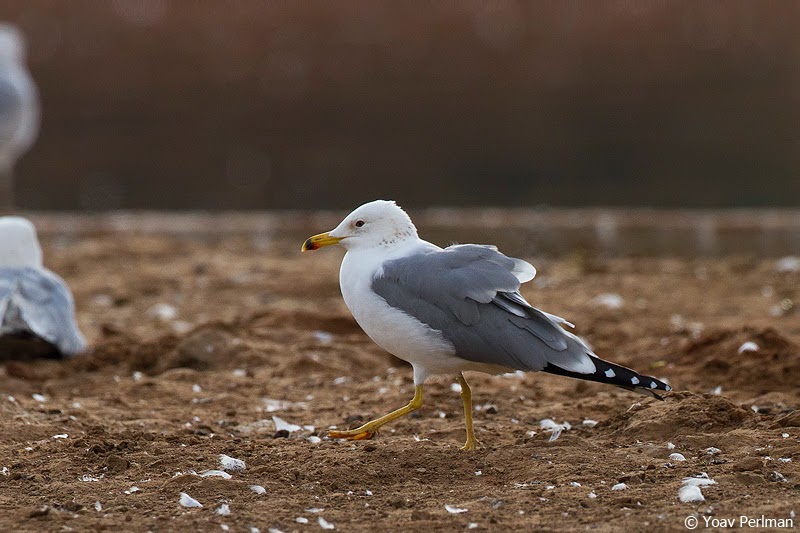 One of my ringed Yellow-legged Gulls: 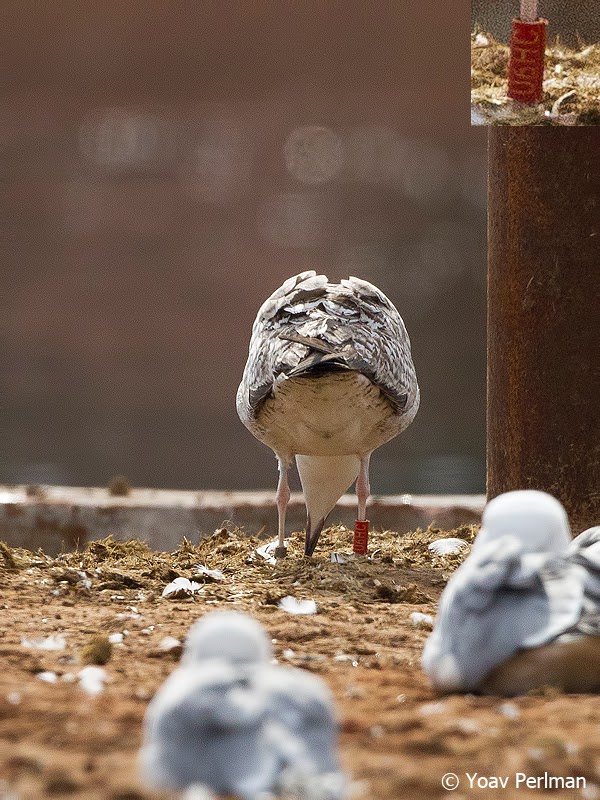