In the morning headed to the Safari park near Tel Aviv to collect a Pallas's Gull that had been treated at the NPA wildlife hospital there, and was ready to be released back to freedom. Before entering the hospital I had a look at the gull flock there. I found four of my colour-ringed yellow-legs. The adult yellow-legs are getting horny now - note how bright yellow the legs and bill have become. In this image appears a bird I ringed as pullus in summer 2010, hence it's in its fourth calendar-year. Also, note the Siberian Gull in the back, just to the right of the hippo nose... 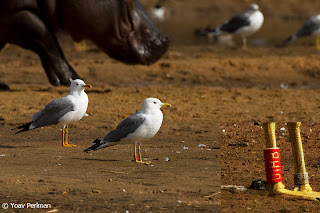 Quite many ducks on the lake - wild but very tame. 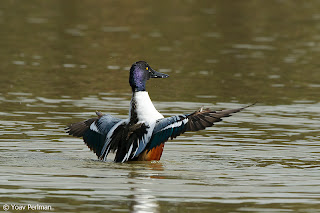 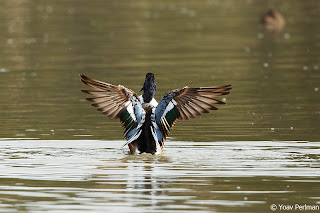 I released the Pallas's Gull at Ashdod - what a stunning bird. A real bird (according to Andy's standards (-:). It flew off well immediately (good job NPA hospital staff!), called several times and out of nowhere appeared two more Pallas's Gulls that joined my bird. I know this is personification but the bird looked very happy to be free again, after a month in hospital. Hope it makes it back to Kazakhstan safely. 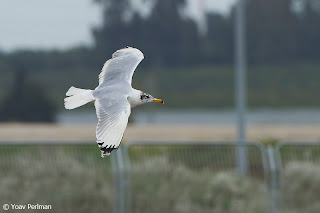 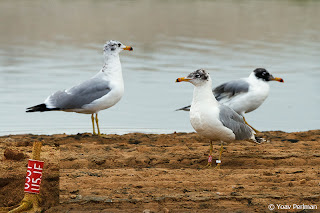