This morning I went out to sea with the NPA marine team - Yatir and Alex. They are conducting monthly transects looking mainly for cataceans and sharks, but birders are always welcome on their dingy. Sea was quite calm today, so my breakfast didn't end up as fish food this time. We left Ashkelon and travelled four miles out into the sea, then headed north for about 10 miles and then returned south closer to the coast. We didn't find any marine mammals or sharks, only had some tuna and jellyfish. Birdwise, it was rather slow too. Apart for some gulls and Sandwich Terns, we had one Yelkouan Shearwater, two fly-by Gannets, and several Pallas's Gulls. Adults are really smart already with their black hood. Thanks to Yatir and Alex, looking forward to the next trips. 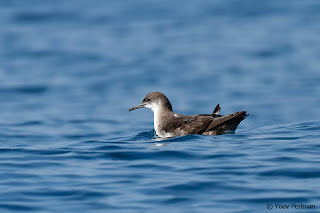 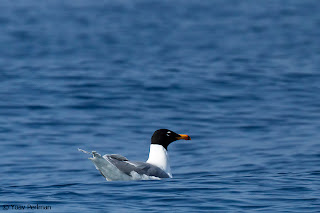